South Sydney winger Alex Johnston was absent from Rabbitohs training on Tuesday, and is in doubt to be fit for his side’s preliminary final against the Penrith Panthers on Saturday night.

Johnston failed to finish the semi-final against the Cronulla Sharks after he sustained a hip flexor injury during Souths 38-12 win. Despite being pleased with the progress he is making, is unsure whether he will play a part in the grand final qualifier.

“It will be touch and go,” said Johnston to the Daily Telegraph.

“I feel pretty confident the way it’s recovered from yesterday to today. If it [stays on that] trajectory, I’ll be right.

Johnston is aware that this type of injury is not one you can just play through with the assistance of injections.

“I don’t think you can needle it,”

“It’s a muscle thing. I’ll rest, physio and rest up. I knew when it happened it was a hip flexor.

“I stayed out there for a while to see if I could do my job, but it got to the point I thought it was best if I came off and someone could do the job better than me.

“I’m on so much pain medicine right now it’s ridiculous.”

Jaxson Paulo or Josh Mansour will more than likely get the call up if Johnston is ruled out.

Paul Vautin has unequivocally denied reports that he along with his co-hosts on The Footy Show made fun of Mario Fenech while aware of his dementia diagnosis.

Fenech’s battle with the condition was brought to the forefront on Sunday’s episode of Spotlight on Channel Seven. Vautin has applauded the show for making everyone aware of what Fenech is going through, however an article written about the rugby league great’s treatment of Fenech has left him furious.

A news.com.au article titled ‘Footy Show mocked cult hero Mario Fenech when it knew he was sick’, has the former host fuming, saying it was “so far from the truth”.

“It’s incredibly disappointing to see that.” 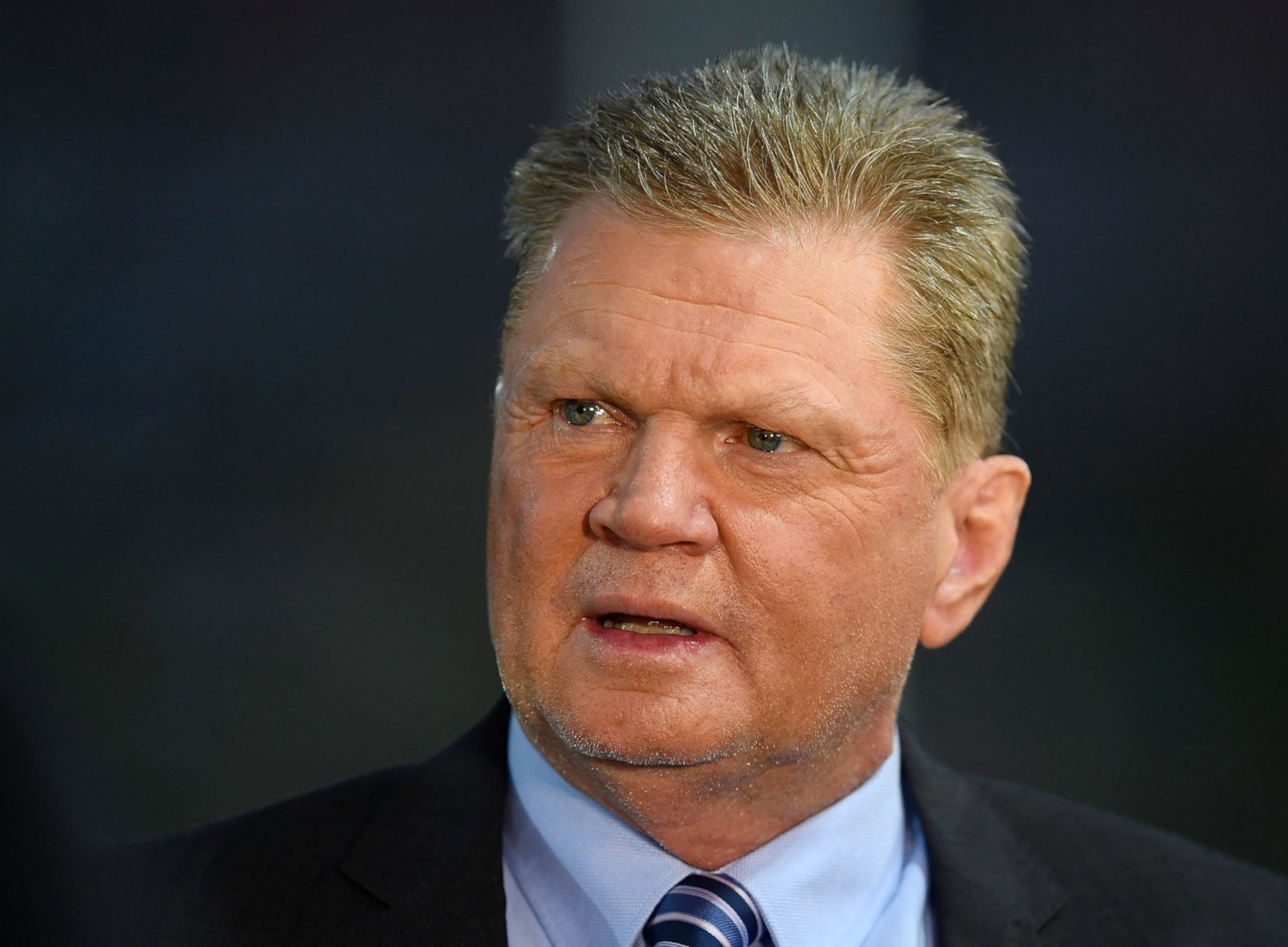 “I did an interview with him at the SFS (Sydney Football Stadium) in a coffee shop in 2016 and he announced that he had early onset dementia and we were all shocked by that.

“I know for a fact that Mario was seldom, if at all, used on the show after that, so there’s no possible way that we mocked him (while knowing his condition), none at all.﻿

“I just want to reassure people who were fans of the show back in the day. That show has left a great legacy.

“I just want to tell them that we never ever mistreated Mario Fenech once we knew that he had dementia.

“We are all still great mates … we all still think the world of each other. I just want people to know that.”

Cleary urges teammates to work as one to take down Latrell

Nathan Cleary has warned Penrith teammates not to be heroes and try to take Latrell Mitchell down on their own in a bid to qualify for a third straight grand final.

Mitchell stands as the man most likely to deny the Panthers back-to-back titles, entering Saturday’s preliminary final as the NRL and South Sydney’s form man.

The South Sydney superstar has set up 18 tries in the 12 weeks since his return from a hamstring injury, busting through 62 tacklers on his own.

“The thing about Latrell is he can pop up at any time and he’s a real x-factor,” Cleary told reporters. “So it’s just being aware of that, just trying to contain him together.

“If you’re trying to (rush out of the line) and do it by yourself there’s not too many people that can go at him one-on-one and come off best.”

Cleary also said countering Mitchell was not as simple as loading numbers up against Souths’ left edge, where he’s usually most dangerous. 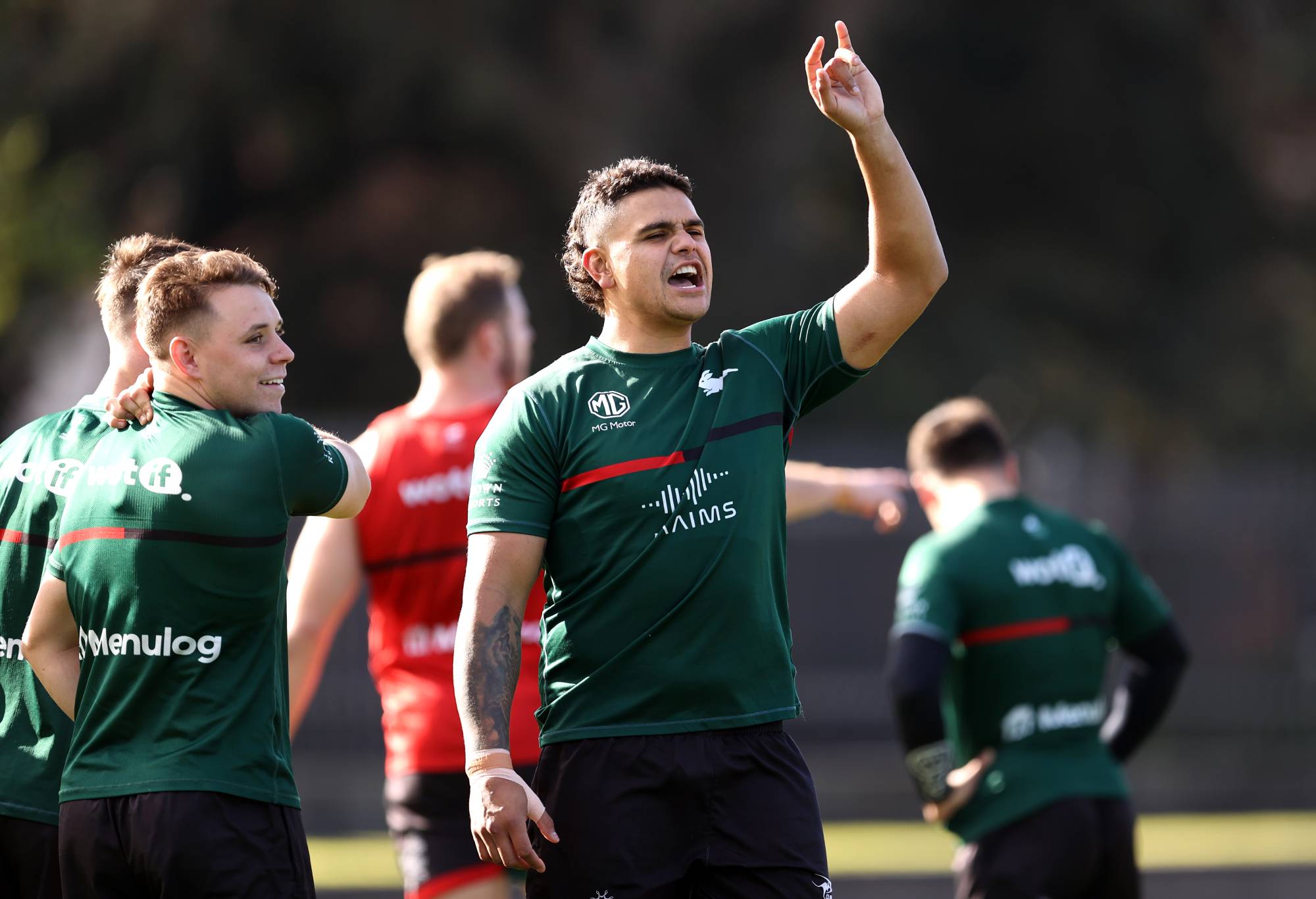 That side, comprising Cody Walker, Isaiah Tass and Alex Johnston, broke the Panthers’ line six times in their round-23 meeting, only for Liam Martin to save the day late for Penrith. “It’s not really (going to work),” Cleary said.

“On the weekend, they showed that their right edge is pretty potent as well. It’s not that easy. It’s just about trying to work together, just focus on our principles and what we know works. The main thing is just staying together as a team.”

Penrith know as well as anyone how dangerous a brash Mitchell can be. While Mitchell did not play against them in last year’s grand final while suspended, seven of them have spent time with him in State of Origin camps.

“He takes it personal with the opposition he’s up against … you can feel that and (he has) ultimate confidence in himself,” co-captain Isaah Yeo said. “That shows in the way he plays and the way he talks to the media.

“When you talk as much he can, you’ve got to back it up and he certainly does that.”

And while they insist the approach is not about individuals taking Mitchell down, Penrith will look to their own superstar in Cleary to play a crucial role in kicking to corners.

Penrith had some success early in that round-23 match by doing just that without Cleary, as did the Sydney Roosters two weeks later in the final round of the regular season.

Cleary is renowned for having one of the best boots in the competition, and will need a kicking game similar to the one that won him the Clive Churchill Medal last year to keep Mitchell quiet.

“It’s a matter of how you give (Mitchell) the ball and limiting his chances,” Yeo said.

“If you’ve got a good kick-and-chase … that will either take that out or limit him at least.” 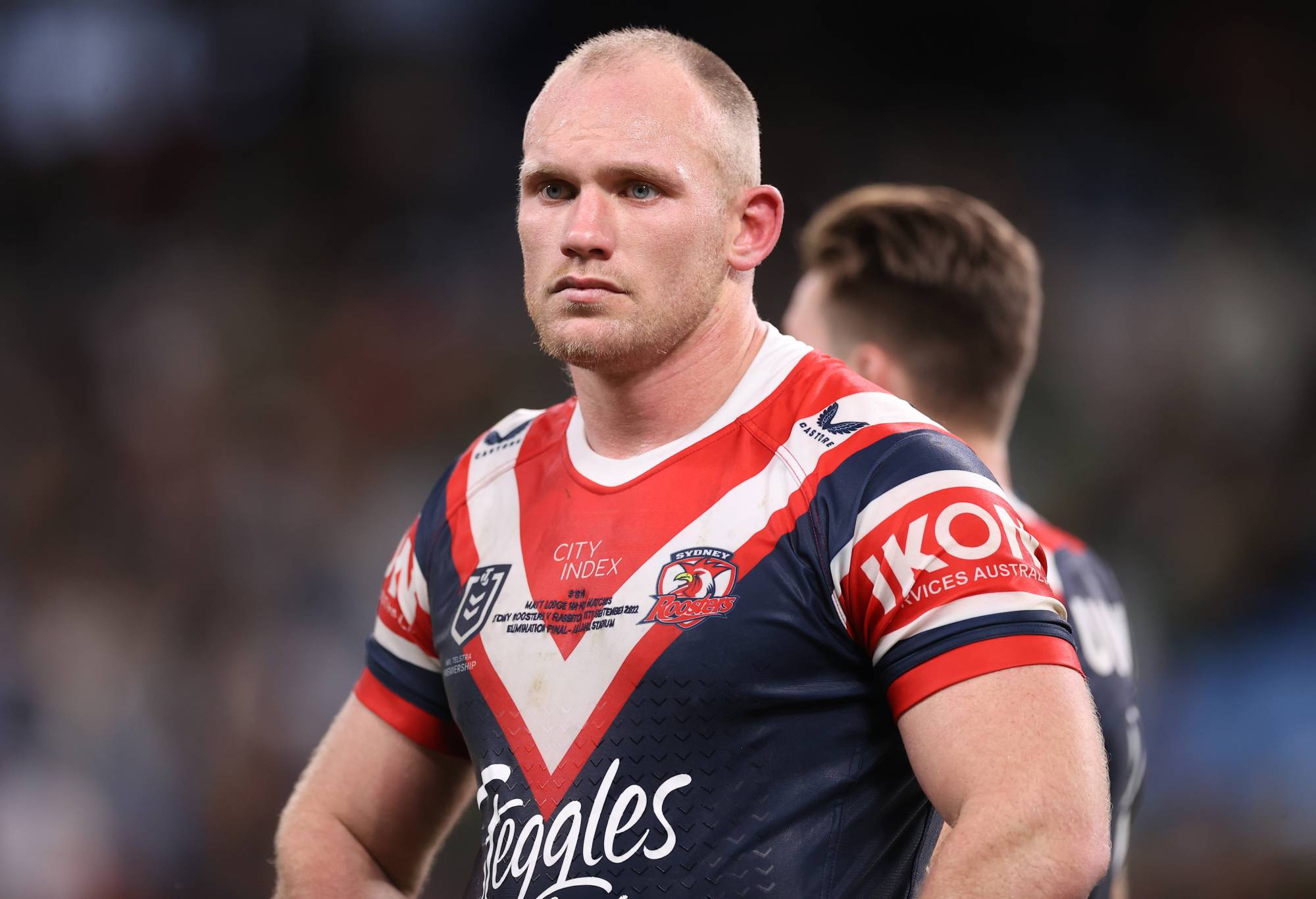 Lodge throws down gauntlet to Gallen

Roosters prop Matt Lodge has challenged Paul Gallen to a fight in a bid to send the former Sharks skipper’s boxing career into retirement and raise money for disadvantaged youth in Western Sydney.

Lodge gas set up a gofundme account which states “all donations will help me create the establishment of a facility in western Sydney where I grew up.

“A place young kids can get away from violence on the street. Come to the gym, Take up boxing, receive help with their education (tutors) and help with rising youth suicide rates by supplying free councillors / social workers mentors.”

In an Instagram post announcing his intention to take on Gallen, he wrote people “keep asking me so who wants to see it”?

“I’m not a boxer but if my conditions are met. Maybe we can make it work and give @paulgallen13 the last dance he deserves,” he wrote. “The link for the gofundme page is in my Instagram BIO every dollar helps reach the goal and if it doesn’t get there I’ll pull out of the fight and refund your money.”

Lodge, who was jailed in New York for assault in 2015 before controversially being allowed to return to the NRL, said in his gofundme page that “on top of these generous donations I will donate my whole purse from this fight towards making this dream of giving back something a reality”.

“I look forward to one day having this place up and running. Hopefully we can save a few kids from making the same mistakes as me. And you never know it might just be the support some need to get through to adulthood. Dream big.”

Man transported after overturning in kayak in Chautauqua County