Josh Allen’s got his own coffee. We tried it. 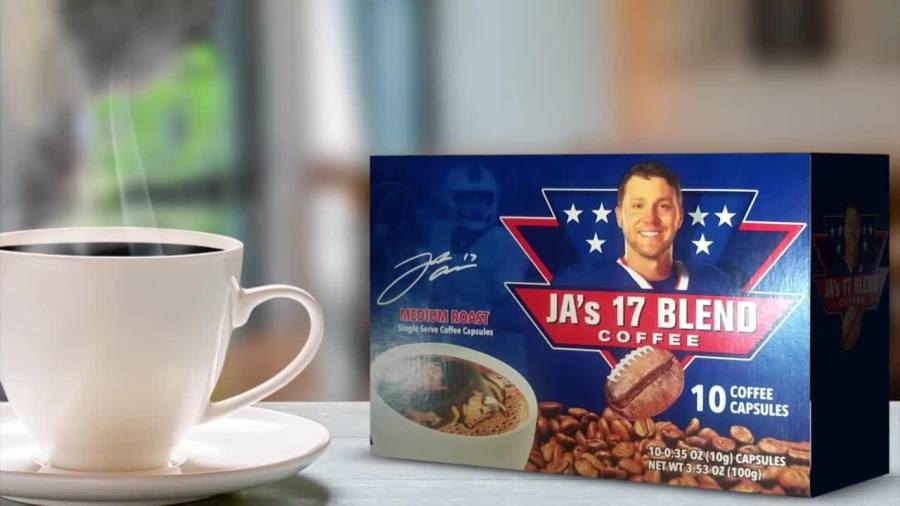 “Him and his, I think, girlfriend Brittany started drinking it maybe about a year or so ago, and we threw out a lot of different ideas,” PLB Sports & Entertainment President Ty Ballou said. “It’s just something that we talked about… ‘Ya know what? I kind of like that idea.’ And I said ‘Coffee in Buffalo is almost like water in a desert, right?…The coffee aisles in Wegmans and Tops is just crazy.”

PLB Sports & Entertainment is the same company behind Josh’s Jaqs.

You can even get a JA 17 mug in some packages. Like Josh’s Jaqs, a portion of the proceeds will benefit Oishei Children’s Hospital. Along with Wegmans, you can also get the coffee online here.

Hear what News 4’s Abby Fridmann and Chris Horvatits thought of it when they tried it on Wake Up! in the video above.

Chris Horvatits is an award-winning reporter who started working at WIVB in 2017. A Lancaster native, he came to Buffalo after working at stations in Rochester and Watertown. See more of his work here and follow him on Twitter.

Cannons’ Cup run ends at the hands of running Bulls