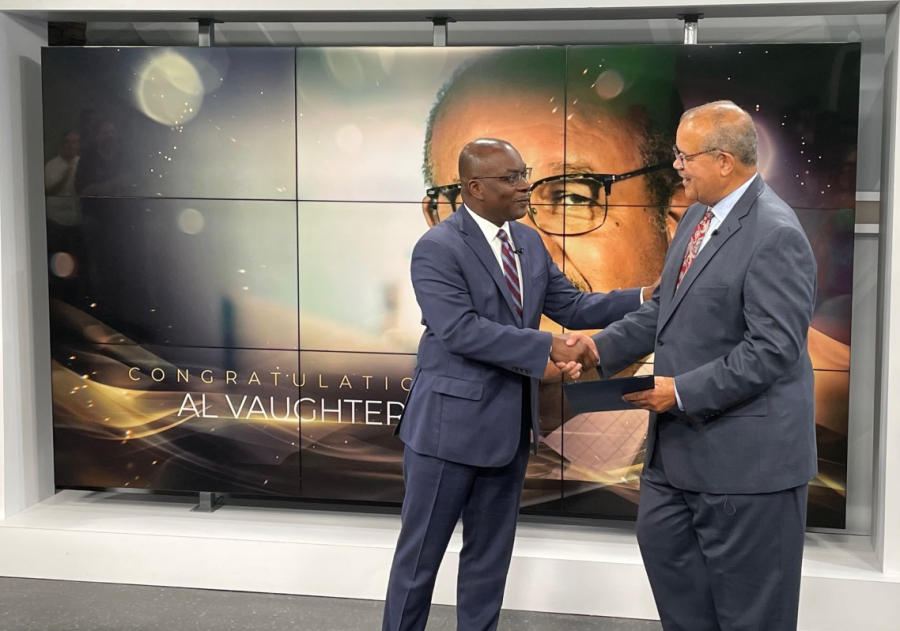 Vaughters, a News 4 legend and beloved member of the team for nearly 30 years, will sign off for the final time Thursday evening. He announced his retirement earlier this month.

“Today, we celebrate the retirement of Al Vaughters, a strong and talented award-winning investigative reporter, who has been part of the News 4 team since 1994,” the proclamation read.

Vaughters was honored with a separate proclamation from the Buffalo Common Council earlier this week.

Vaughters was the face of the award-winning Call 4 Action team, serving as a community watchdog on consumer issues. His dedicated service to the community included many late nights helping Western New Yorkers in need with situations that never made the news. He is also a board member of SABAH (Spirited Athletes Bold at Heart) and co-founder and vice president of the Buffalo Association of Black Journalists.

The Buffalo Broadcasters Association Hall of Fame inducted Vaughters in the Class of 2021.

Al and his wife, Michelle, plan to remain in the Buffalo area. You can view Al’s work on this page.

It’s time to ease up on the Bombers