Just how much time is being lost in a game of rugby?

As the infamous bumper sticker proudly announces, “Rugby Union is a simple game. For eighty minutes, men run up and down a field. And in the end the All Blacks win.”

Based on the recent nine Test series between NZ and Ireland, Australia and England, and South Africa and Wales we may need to make some serious amendments to the sticker.

Over the last month, rugby union has been a complicated game. For 34 minutes men run up and down a field. For 49 minutes they walk on and off the field, stand around talking and drinking and watching replays on a big screen. And in the end the teams from the northern hemisphere usually win.

In a magnificent showcase of world rugby, we the rugby-loving public have witnessed a thrilling set of three-test series where each series went to a decider.

At a time when rugby union in Australia is struggling to keep up with other codes, it is interesting to examine exactly what we are getting for our money and time – both in attendance fees at matches and in streaming subscriptions.

How much bang are we getting for our bucks?

Here is a breakdown of what was on display during this “showcase” period. 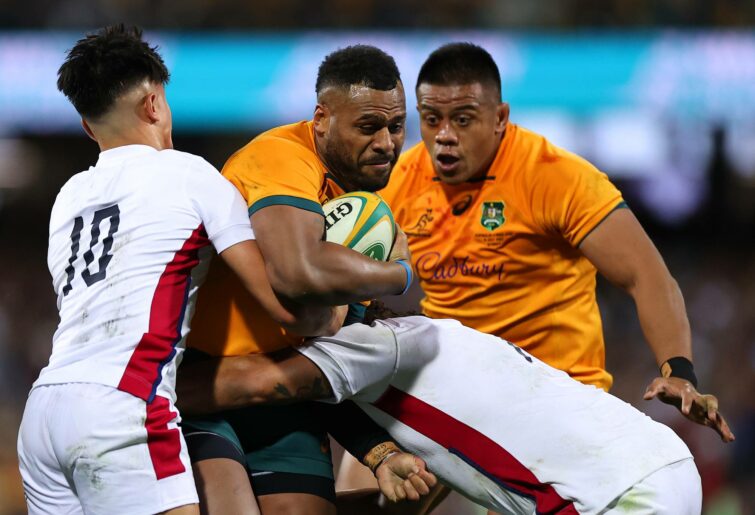 Looking at the three different series (two at night one in daylight), overall match-time lost was very consistent across all matches with a range of 53% (NZ v IRE Game 3) to 63% (AUS v ENG Game 1).

Within each match, we saw an average of 25 penalties and free kicks awarded (225 in total), with an average stoppage time of 37 seconds for each.

Within each match we also saw an average of 27 lineouts formed (239 in total) with average stoppage time of 25 seconds from the ball landing out to it being throw-in.

While there were fewer penalties than lineouts, they accounted for more overall time lost (18% of actual match time lost for penalties compared to 13% for lineouts).

By far the most time-consuming activity in test match rugby is the scrum. Within each match we saw an average of 11 scrums packed down with an average duration of 65 seconds each! This was exaggerated by the need to reset scrums on a number of occasions in all three series and accounted for an average of 14% of total match time – slightly longer than lineouts.

The jewel in the crown of rugby union – the try – was next in line for stoppage time. While we saw an average of 5 tries per test, we spent an average of 80 seconds waiting for the conversion attempt being completed. This accounted for 8% of total match time.

The least time-consuming event measured was the restart – consisting of stoppage time spent returning to halfway after conversions and penalties were completed, preparing for goal line and 22m dropouts, and the occasional mark. We enjoyed an average of 11 restarts per game averaging a mere 23 seconds each – or 5% of total match time.

Over the three-match series, the NZ/IRE (average 57%) had the least time lost while the SAF/WAL had the most (average 60%).

Scrum time averages were greatest for SAF/WAL at 71 seconds compared to AUS/ENG at 61 seconds. Tries for NZ/IRE were more frequent (7 per game) and took less time to convert (63 seconds on average) compared to SAF/WAL (4 tries/84 seconds) and AUD/ENG (4 tries/93 seconds).

Another interesting observation was the number of “advantage” plays called by referees in each series. Using advantages played longer than 1-2 seconds as a measure, the numbers were remarkably similar across all series with and average of 12 advantages lasting an average of 18 seconds noted. This accounts for 4% of match time – and potentially more game time lost when longer advantages are called back to the original infringement.

In summary, the “running” game that they “play in heaven,” lost an average of 59% (49 minutes) of match time in each test-match to stoppages. This left a whole 34 minutes of “ball-in-play” time.

The mere act of boasting about an international sport where 34 out of 80 minutes of ball-in-play time is held up as the gold standard is frightening.

In the 1987 World Cup there were on average 32 scrums and 45 lineouts per game and they still somehow managed over 28 minutes of in-play time. With only 11 scrums and 27 lineouts on average (less than half the total number) we have managed to gain an extra 6 minutes of play. The international rugby union product currently on display gives us a penalty every 1.4 minutes of in-play time, a lineout every 1.3 minutes and a scrum every 3.2 minutes.

Having sat through replays of all nine matches – mostly with no sound – I can confidently predict that the “greatest on-screen time” award would subjectively be given hands-down to the referees. Without sound, images of referees prancing and strutting across our screens, posturing and gesturing, using highly animated facial expressions and nods, and gathering together with their assistants for grand TMO reviews and explanations is an enduring memory from all games. 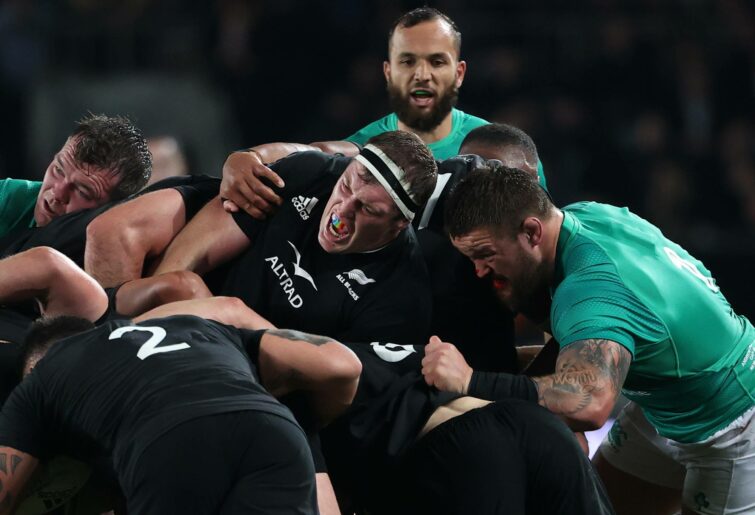 This is, in my opinion, sad.

That the rules now dictate that the officials are as, if not more, important than the players is to me evidence that our game is too complicated.

I have not dared venture into the yellow/red card events and debates. Suffice it to say that the nature of arguments and discussions over their use and interpretation is more evidence of the now over-complicated nature of our game.

Subjectively again, from my soundless observations, I would propose that much of the “in-play” time is spent with serial one-out hit ups that build phases but often resemble an unlimited version of the six-tackle rugby league procession, the curious one-footed half-back hopping-dance down the back of the “caterpillar” line off a ruck, the cursed rolling-maul from the lineouts that invariably follow both kickable and non-kickable penalties. So much of what remains of our game seems to be over-rehearsed/ telegraphed/ and predictable.

That we need twenty-three players to do 34 minutes of work speaks for itself and has potentially led to less fatigue, bigger players, bigger contacts, more injuries, stricter contact rules, more cards and more stoppages?

In an era of instant digital entertainment and short attention spans such numbers do not inspire hope of reaching or retaining a huge viewership – even if free-to-air coverage was available.

As the next instalment of the Rugby Championship beckons, and with potentially one of the most competitive Rugby World Cup’s ever approaching, is there any way we can make our game more appealing?

Some might say it would be hard to make it any less.

The figures quoted above were obtained very unscientifically but with surprising accuracy when compared to EPSN game data. Armed with a pencil, a clipboard, the TV remote, and nothing better to do for a few hours, I plunged into replays of the nine Test matches.

My results were based on watching the STAN Sports coverage (with the sound turned down) and using the match clock as my reference.

My measure for scrums was from whistle to feed. For lineouts, I used ball landing in touch to throw-in. Tries were measured from being awarded to conversion completed.