Representative eligibility is not an issue isolated to rugby league but it’s an annual dilemma that has administrators playing a never-ending game of Whack-A-Mole.

Whenever one issue seemingly gets solved, another one pops up, needing to be whacked back down again.

The latest example is Blues duo Daniel Tupou and Kotoni Staggs being selected for Tonga’s Test squad on Wednesday for next week’s Representative Round and likely being named in the NSW team on Sunday.

Tonga were well within their rights to choose the duo, as well as a bunch of other dual-eligible players who wouldn’t look out of place in the Origin arena like Moeaki Fotuaika, Keaon Koloamatangi and Siosifa Talakai.

Tupou and Staggs are likely to choose NSW next Sunday in Perth over Tonga’s Test against the Kiwis the day before in Auckland. With $15,000 waiting for them at Origin camp and $2000 to put their body on the line in Mate Ma’a colours, nobody would begrudge them for their decision.

Last year’s representative dilemma involved young Cronulla winger Ronaldo Mulitalo, who was banned from representing Queensland despite being chosen because he moved to the Sunshine State from New Zealand after his 13th birthday.

It was a rare example of rugby league being steadfast in the application of its rules. 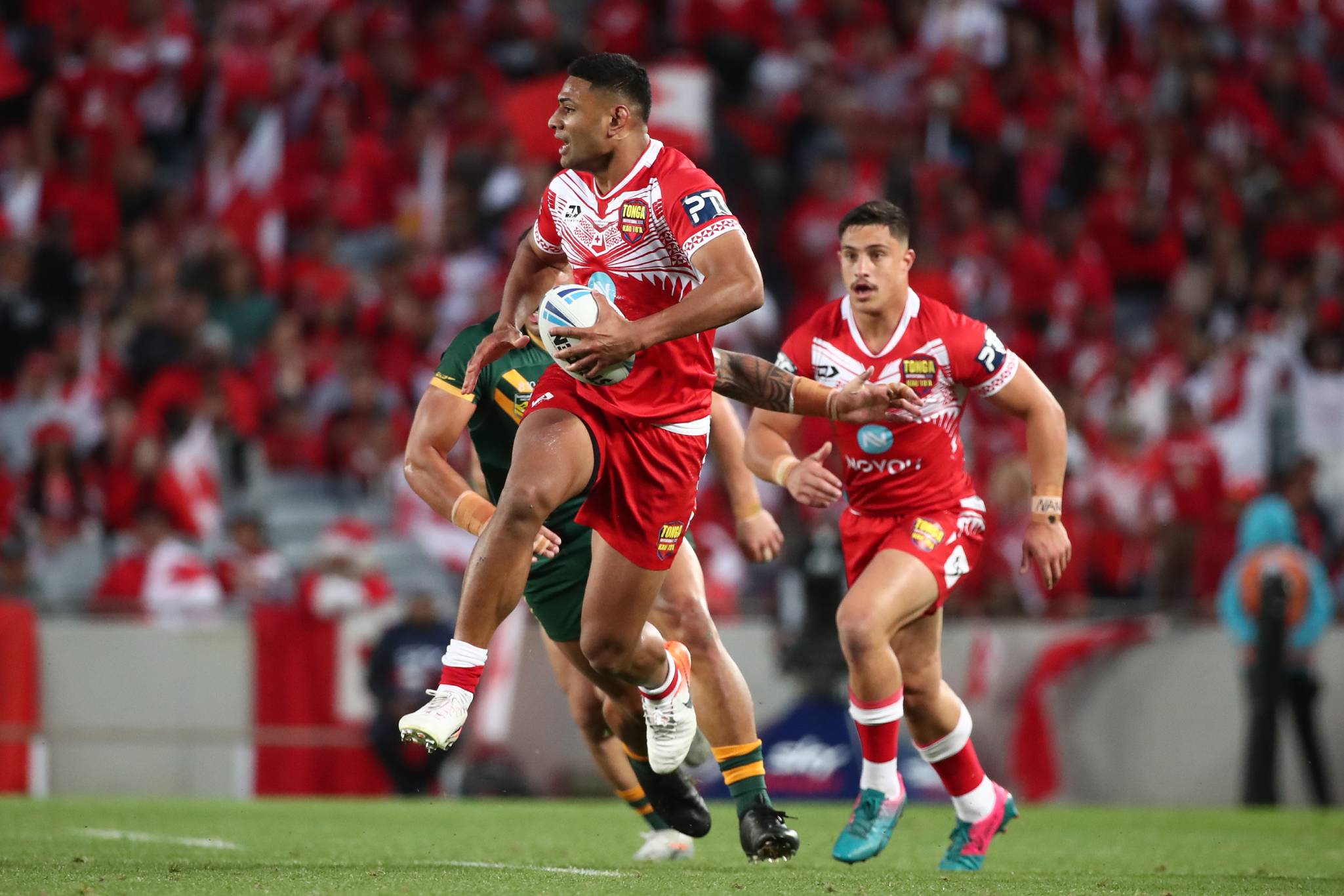 Too often in recent years, whether it’s representative eligibility, scheduling and the rules of the game, there have been way too many examples of policy on the run, like allowing Joseph Suaalii to play at NRL level for the Roosters before his 18th birthday.

He’s an undoubted talent and he acquitted himself well in his five appearances in his rookie season but his campaign also ended early due to a foot injury suffered at training – whether that was the result of his 17-year-old body not coping with the demands of a brutal sport at the elite level or just plain bad luck, a precedent was set with the rules bent to allow a prodigy onto the field ahead of schedule.

The fact that he’s a Rooster only gave extra ammunition to the conspiracy theorists who believe the club gets an inside run at head office.

There was another recent example of the rules being rubbery when it suits. The ARL Commission announced the teams for the under-19 Origin match next Thursday at Leichhardt Oval will be allowed to select two under-20 players.

Huh? In the announcement, the ARL Commission trumpeted that these “marquee spots” would open the door for the likes of Suaalii, Roosters teammate Sam Walker, Parramatta centre Will Penisini (who has now also been chosen by Tonga), Warriors fullback Reece Walsh, Broncos halfback Ezra Mam or Dragons fullback Tyrell Sloan. 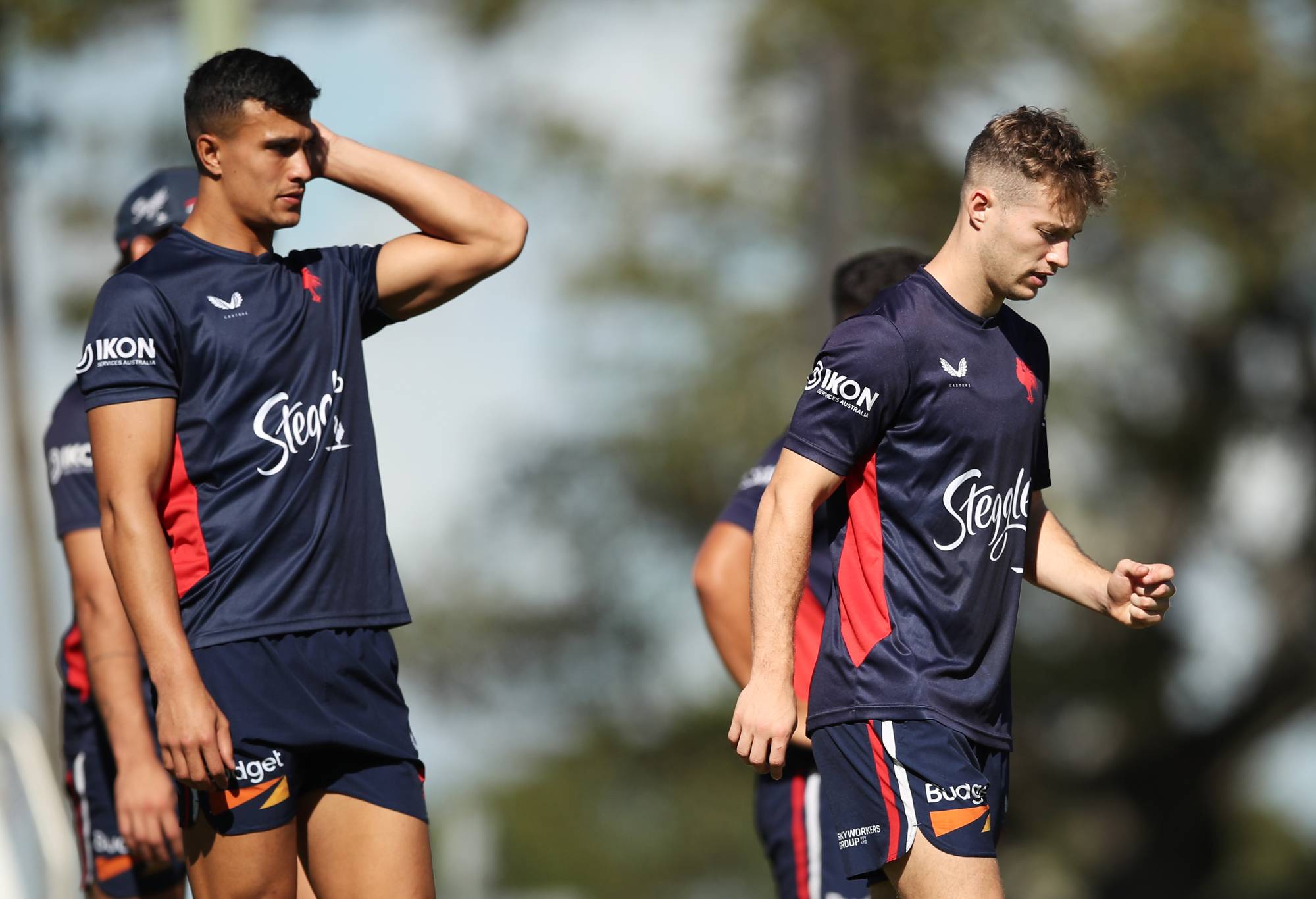 Commission chairman Peter V’landys asked “why wouldn’t we want to take the opportunity to showcase the talents of these amazing young players?”.

No one is saying the skill of young players shouldn’t be showcased, the point is that a sport which is seen to have rubbery rules, on or off the field, will not be treated as seriously as one with hard and fast regulations that are set in stone.

Rugby league has a long history of representative peculiarities – Bill Kelly, who represented league and union in New Zealand, became the first person to also play for Australia in 1914 after he moved to Sydney to play for Balmain. Different times.

Nine decades later Tonie Carroll was named to play for the Kangaroos, four years after he had worn the Kiwis jersey at the World Cup. The fact that he had been playing for Queensland for seven years by that stage only added to the absurdity. 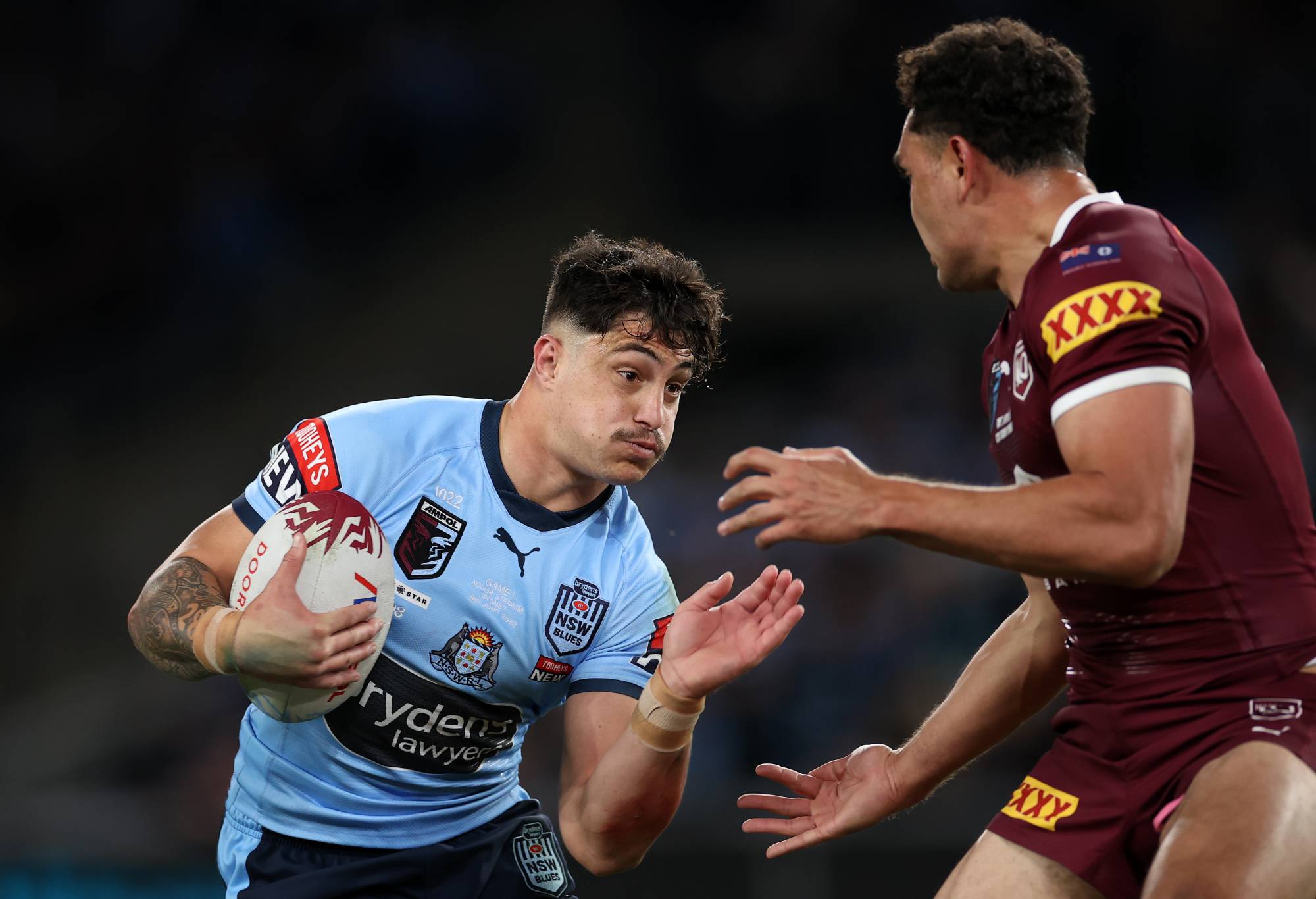 His Broncos teammate, Brad Thorn, was also born in New Zealand and after representing Queensland and the Kangaroos, then managed to become an All Black before returning to the NRL and adding three more Maroons jerseys to his collection in 2005. He finished off his international career in rugby with New Zealand, winning the 2011 World Cup.

Nathan Fien was perhaps the most egregious example of rugby league’s eligibility rules. After representing Queensland in 2001, he was selected to play for New Zealand during his stint with the Warriors under the basis that his grandmother was born in the Land of the Long White Cloud.

Although it later emerged that it was his great-grandmother who had the Kiwi blood, which ruled him ineligible. He then qualified for the Kiwis a couple of years later under the residency rule and was halfback for the side which upset Australia in the 2007 World Cup final.

Prior to the introduction of State of Origin in 1980, rugby league actually had clarity on interstate eligibility. If you played in a NSW comp, you would get a blue jersey and you’d get a Maroon one if your club was north of the Tweed River.

But that was hardly ideal as NSW dominated due to the financially stronger Sydney competition luring the Sunshine State’s top talent south, like Immortal Arthur Beetson, to then beat up their Queensland comrades in the rep arena.

The first Origin game had its own eligibility question mark with the late, great Steve Rogers chosen for NSW even though he would often say that he should have been picked for Queensland after spending his teenage years on the Gold Coast before he was graded by Cronulla in 1973.

“Sludge” used to joke that it evened out in the end when the Hall of Fame centre’s son Mat played for the Maroons even though he had spent his formative years in the Sutherland Shire and represented NSW at under-19 level.

There have been countless other examples over the years in Origin, just the mention of Greg Inglis as a Maroons legend is enough to send Blues fans into hysterics.

It’s not just at state level – in 2002 when Eels forward Andrew Ryan was announced on the same day by City and Country for the now defunct representative fixture.

A stand-off ensued before another late, great league stalwart, City coach Graham Murray said he didn’t want a player whose heart wasn’t with the team and the Dubbo-born second-rower was allowed to play for his Country roots.

At least this time around with the Tupou-Staggs situation commonsense looks like prevailing. Tonga’s coach Kristian Woolf has contacted his NSW counterpart Brad Fittler and they will liaise later in the week to work out who’s playing where before the Blues officially announce their squad on Sunday night.

And that will put out the latest representative eligibility spotfire out before there’s the not so insignificant matter of the World Cup at the end of the year when all sorts of horse trading will occur with a multitude of players eligible to represent multiple nations.

Rugby league has actually made great strides in recent years in cleaning up the eligibility mess but rules are only worthwhile if they’re enforced and maintained, not changed whenever it suits.

Jefferson Avenue Tops employees reflect one month later: ‘People are living with this every day’