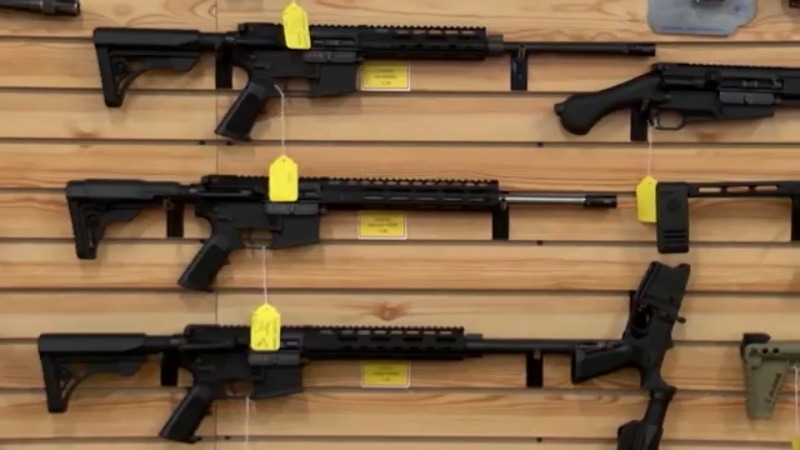 BUFFALO N.Y. (WIVB) — A new gun law is now in effect in New York state, you now have to be at least 21 years old to buy a semi-automatic weapon. If you are under 21 and already have this type of gun, you can keep it without getting a license. This on top of new gun laws that went into effect several days ago on concealed carry permits.

This new law is in direct response to the May 14 tops mass shooting where 10 people were killed and three others were injured, after an 18 year-old walked in to the supermarket with a semi-automatic gun and began shooting.

“There is no one immune from the pain of gun violence,” stated Governor Kathy Hochul in a press conference on Wednesday. “Whether it’s the day to day gun violence, that plagues cities, plagues individuals, plagues families from here to Rochester, Syracuse, Buffalo, or the mass shooting that occurred in Buffalo on May 14th. When an 18 year-old with nothing but pure hate in his heart took the lives of 10 black New Yorkers who were doing nothing more than shopping at a grocery store.”

“I believe in the second amendment rights, I’m just saying it’s too many of our people that’s dying, white, black, Latino, on our streets and we need to get a control on it so it’s not affecting my generation of grandchildren. That’s crucial to me, that they can live without the fear of somebody trying to shoot them,” said Murray Holman, who’s the executive director of the Stop the Violence Coalition.

Holman says this new law is a start, but more need to be done.

“Great, finally. So we won’t see as many weapons on the streets but our crime is not from guys purchasing guns, they’re finding guns through loop holes,” he said.

Not everyone agrees with the changes, including local attorney James Ostrowski.

“I think the second amendment applies to all adults and generally that’s 18,” Ostrowski said. “I think there’s serious questions about the legality of what the state legislature has done and what the governor has done and hopefully the federal courts will come in and slap these laws down.”

Ostrowski is a big advocate for second amendment rights. He feels these laws were passed in haste.

“My overall view is that these laws are done for political reasons, they’re simple solutions to complex problems, they don’t work,” he said. “Most of the states don’t have these laws, people are fleeing New York to go to states like Tennessee and Florida and Texas where there’s fewer gun laws.”

Aussie No.1 saves EIGHT set points to join Kyrgios in US Open QFs