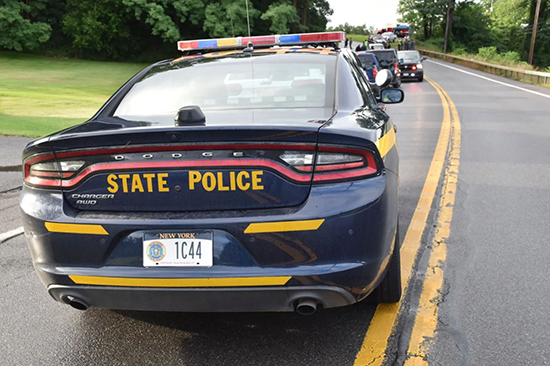 FRIENDSHIP, N.Y. (WIVB) — A Friendship man was arrested on Thursday after State Police say he fired a gun at people in a home.

At approximately 9:15 p.m. on Thursday, police responded to a home on Pigtail Road. Investigation showed that 34-year-old Bryan A. Deming of Friendship was involved in a physical altercation with multiple victims. Police say he exited the house and retrieved a gun and started firing in close proximity of the victims. He then took a sledgehammer and caused damage to a vehicle.

He was charged with four counts of endangering the welfare of a child, three counts of harassment, criminal possession of a weapon, criminal mischief and reckless endangerment.

He was released on his own recognizance and a temporary extreme risk protective order was filed.