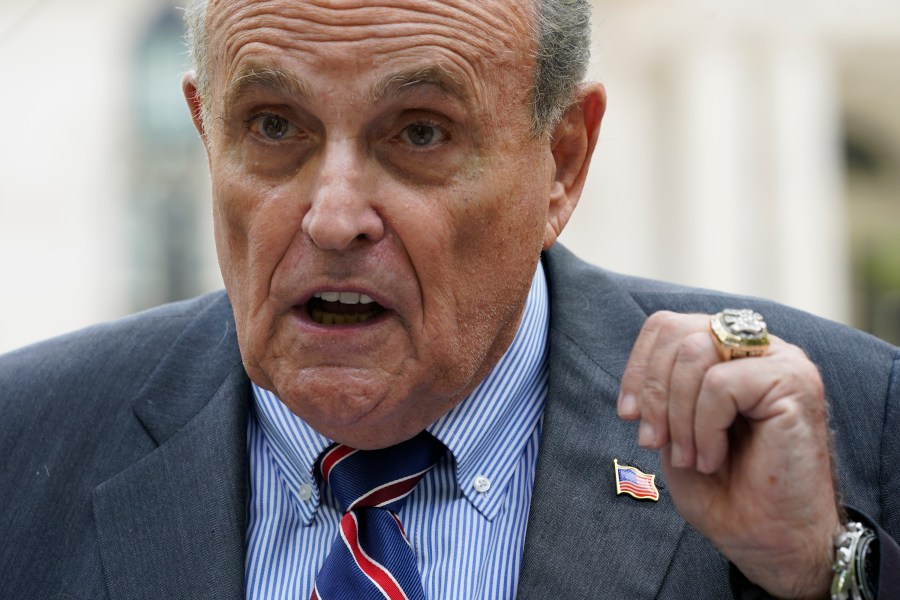 Giuliani, 78, was in a ShopRite store around 3:20 p.m. when he was attacked, police said. He was slapped in the back.

“What’s up, scumbag?” the alleged attacker said, according to an NYPD official.

According to The Hill, the suspect was a grocery store employee.

Giuliani told the New York Post the slap almost made him fall over. Surveillance video obtained by the news outlet shows the suspect approach Giuliani and a small crowd of people around him. The man slaps Giuliani on the back and continues walking. A person standing next to Giuliani rubs his back as the alleged assailant appears to continue speaking to the former mayor. A group of people who were assembled around Giuliani help separate the two, the video shows.