Mini Celebrates 20 Years in the U.S. 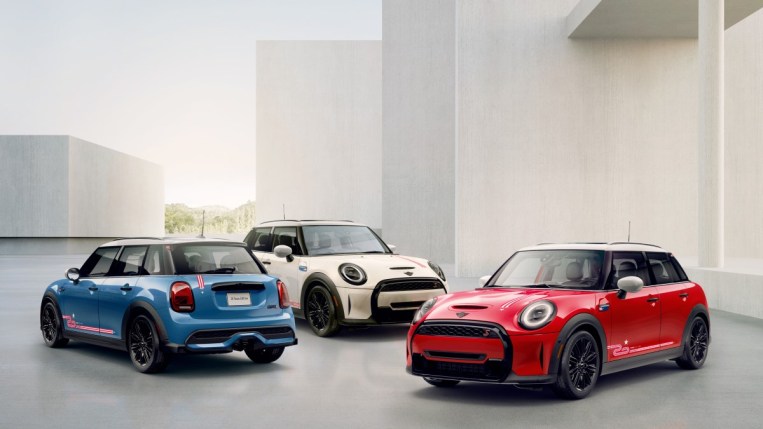 The German reinvention of a British icon is celebrating 20 years in America.

The Mini name entered the U.S. as a tiny, adorable 2-door in 1960. But the company exited the market after the federal government enacted new car safety standards in 1968.

The name returned for the 2003 model year under BMW’s leadership, and that’s the anniversary the 2023 Mini Hardtop 4 Door 20 Years Edition is meant to mark. Mini will offer the model in Chili Red, Pepper White, and Island Blue. The brand explains, “these three body colors represent the core elements of the American and British flags.” They wear piano black exterior trim and silver roofs and mirror caps. 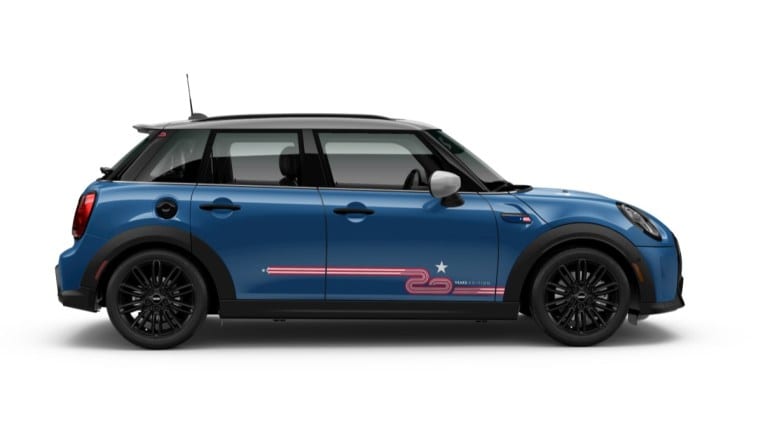 The anniversary model is available only with a 7-speed dual-clutch automatic transmission with paddle shifters. Mini asks $36,315 plus an $850 destination fee for each of the cars. They’ll arrive in dealerships this month.

Inside, Carbon Black leatherette upholsters the seats, with real Nappa leather on the steering wheel. Badges reading “20 Years Edition” appear on the dash.

Fed Hikes Rates by Another 75 Points