Former Manchester United and Portugal international, commonly known as Nani, is reportedly on the verge of sealing a move to the land down under by joining four-time A-League championship winners Melbourne Victory – another household name joining the competition.

The A-League has played host to many talents from across the globe – albeit most of them making the move to Australia towards the end of their careers – since its formulation back in 2005.

The narrative certainly does not change for the 35-year-old winger who last played in Italy’s Serie A last season for eventually relegated outfit Venezia.

Nani has achieved so much during his playing career which has seen him claim 12 major honours at Manchester United as well as four titles during his different spells at Portuguese club Sporting Lisbon.

People will remember the famous Euro 2016 final when Portugal captain Cristiano Ronaldo got injured and had to be replaced during the first-half, which then led Nani taking the armband from Ronaldo to lead his men to one of the most dramatic European Championship final triumphs in history.

Victory fans will be hopeful he can bring his title-winning experience to Australia, but also his acrobatic-type goal celebrations that football fans have fell in love with throughout his career and you only need to go to YouTube to find what I am talking about. 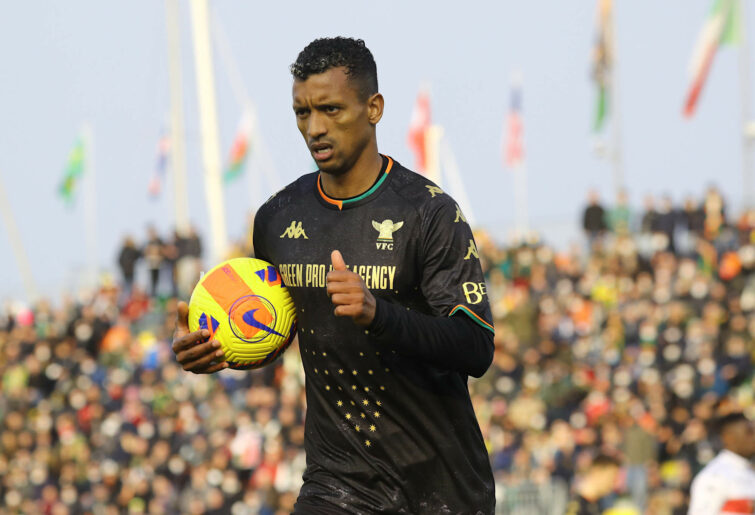 While you are busy surfing the internet for his goal celebrations, you can also see some of the amazing goals the European Championship winner has scored – particularly at Manchester United.

One favourite would be his scintillating goal at the Emirates Stadium against Arsenal in the 2009-10 campaign, where he dribbled past three players before he dinked the ball over the keeper from a difficult angle.

Aside from his success on the pitch and athletic theatrics, the Portuguese wideman has very fast feet and a dash of pace that is sure to cause any defender in our country problems.

The four-time Premier League winner brings a wealth of global experience along with him as he has plyed his trade in America, England, Italy, Portugal, Spain and Turkey.

His arrival raises questions about where on the pitch Victory coach Tony Popovic will use him. He has featured predominantly on either the left or right flank given his ability to cut inside, attack down the touchline and being able to produce thunderous shots from long range, which will offer the team some dynamism in attacking areas.

It is important to note that the A-League will benefit from a marketing perspective with someone of Nani’s stature in world football from different perspectives.

Lastly, you can be sure that broadcast viewership numbers will also increase.

Whether he stays in Australia beyond the upcoming campaign or not, the prospect of seeing another European star in the A-League is something the league and all fans will not take for granted.

We all know that former Liverpool player Daniel Sturridge did not enjoy a successful stint in his one season at the Perth Glory most recently and Australian football fans will certainly hope an instance like that is not repeated.

Nani’s style of play and experience playing across some of the best leagues in the world will prove to be a valuable asset as the Victory seek their first A-League title since 2017-18, and look to defend their Australian Cup crown.

How do you think Nani will do in the A-League for the Melbourne Victory?

Where does his arrival rank among some of the other blockbuster moves in Australia?

iOS 16 is more Android than ever