DeLorean Motors Reimagined (DMR) didn’t build the original DeLorean DMC-12 – the image that forms in your head when you hear the name DeLorean.

In fact, DMR hasn’t built a lot of cars. And here they are.

In a bit of automotive alternate history, the company has offered up an entire lineage of cars it would like to have as its heritage.

A Real History, With a Bit of Imagination

There was once a DeLorean Motor Company. It was formed in the late 1970s by automotive designer John DeLorean, who had penned a series of successful cars for more established automakers.

He set out on his own with one outlandish design – a stainless-steel-bodied wedge of a car with gullwing doors and louvered rear windows. It was what speed looked like in 1981, the first of its two years of production.

It wasn’t very fast. It used a 130-horsepower V6 built by Peugeot and set behind its 2-seat cabin. The result was a 0-60 mph time around 9 seconds – not quick for something designed (and priced) like an exotic car.

But it found a place in the American imagination through the Back to the Future movies, where it was cast as a time machine on wheels. The company went under after just two years building cars, but its only product lives on as an icon of the early Reagan era.

A series of successors have tried to revive the DeLorean name. None have found much success. But the latest has a product to sell – at least in concept form.

Texas-based DMR has created an electric car it is advertising as a successor to the DMC-12. Called the Alpha5, it also has gullwing doors and a louvered rear window. But this version seats four and uses electricity in place of gasoline. 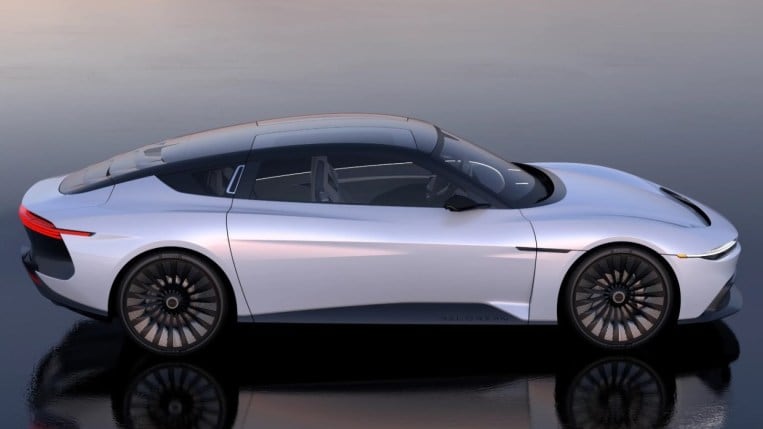 We’d love to tell you more about the powertrain, but the company hasn’t revealed much. It has shown off the car’s body at a recent high-end car show, the 2022 Pebble Beach Concours d’Elegance. And it’s discussed some exotic features, like a bracelet you give to a loved one so the car can replicate their heartbeat through the car’s speakers. But the practical details? The new company has been disturbingly reticent with those.

We’d ask whether it could be a scam, but DMR isn’t even taking deposits on the car yet.

Instead, it has offered the automotive press imaginary cars. We don’t mean that as a criticism of the Alpha5. We mean it literally.

It’s difficult to argue that your new product results from 40 years of heritage if you made only one unsuccessful product more than 40 years ago. So DMR has instead offered details on a series of purely imaginary concept cars it says it could have built between the DMC-12 and the Alpha5.

Like alternate history? We’re For All Mankind fans, ourselves. Enjoy these four cars that never existed.

This one, at least, was in the works back in John DeLorean’s day. The DMC-24 was a sketch the original DeLorean Motor Company had worked up as a possible 4-door follow-up to Doc Brown’s time machine. The company went under before it progressed past the design stage.

Or DeLorean canceled it in the financial fallout from the recession during the first Mondale administration. That idea is just as real. 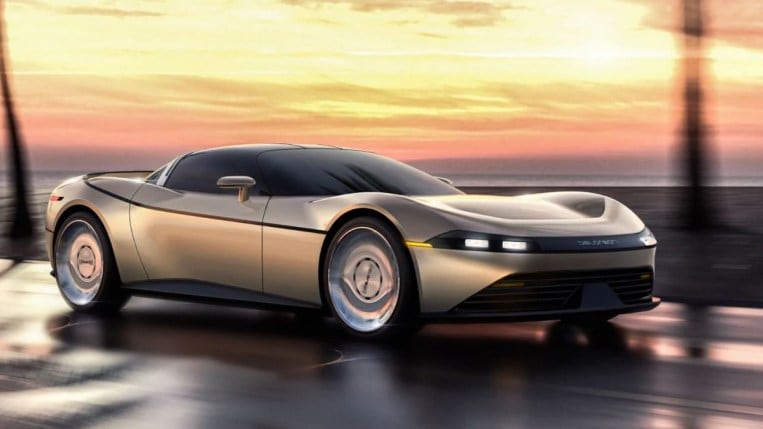 Advances in materials and aerodynamics, DMR says, “helped DeLorean move into a new decade for its second icon,” which also never existed. “Its low-profile spoiler nodded to a movement in the 1990s automotive industry, an increased emphasis on aerodynamics,” DMR says.

It also, we imagine, triggered a series of expensive lawsuits with its uncanny similarity to the fifth-generation Chevy Corvette. Things might have gone the other way if it weren’t for President Mondale’s Supreme Court appointments. 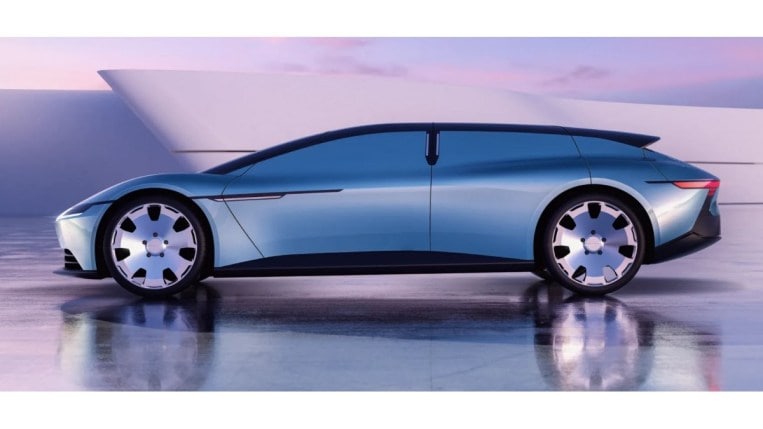 In DMR’s fantasy, DeLorean got the jump on Tesla, producing a luxurious electric sedan before the Model S. The Alpha3, DMR says, was “made of an aluminum composite material,” along with “alternative materials and fabrics that were environmentally conscious” a decade before the rest of the automotive industry began experimenting with vegan leathers and recovered waste wood trim.

It mattered little, as the alien invasion of 2007 wrecked industry profits for years. Why not?

By the 2010s, SUVs had taken over sales in our timeline. Apparently, that happened in the world DMR is imagining, too. “Having spent the prior decade exploring new energy sources,” the company says, it built an imaginary hydrogen-powered SUV in imaginary 2013.

The Alpha4 was 4-wheel-drive, with a “powerful yet sleek frame” and seating for up to eight.

The Alpha3 came, DMR says, as “America was emerging from an economic recession.” Hey, we were right about the aliens! 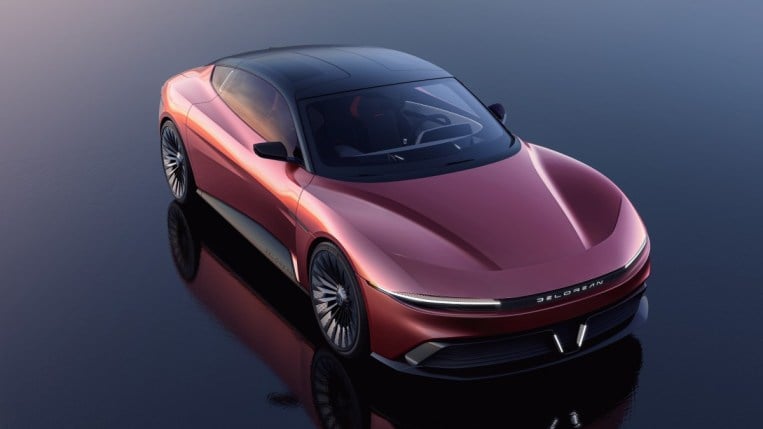 We told you about this one. Let’s hope it’s more real than its fake lineage.

“The Alpha5 showcases the DNA of its predecessors,” DMR says, which is a neat trick for a car without predecessors. “DeLorean has the capabilities needed to bring to life the Alpha5 in the best way possible,” the company says. “Any other moment in time would have been premature.”

We kid, but automakers publicize design concepts they have no intention of building all the time. This is the first time we’ve seen one showcase imaginary past designs. But imaginary future designs, known as concept cars, are a staple of the creative process that has driven the automotive industry for a century. For DMR designers to show us the designs they imagine led up to their latest car is a playful, creative step.

And if we learned anything from the global sense of brotherhood that came out of our negotiations with the invaders, it’s the value of fantasy.

Next Insurance Review – Is It the Best Small-Business Insurance?