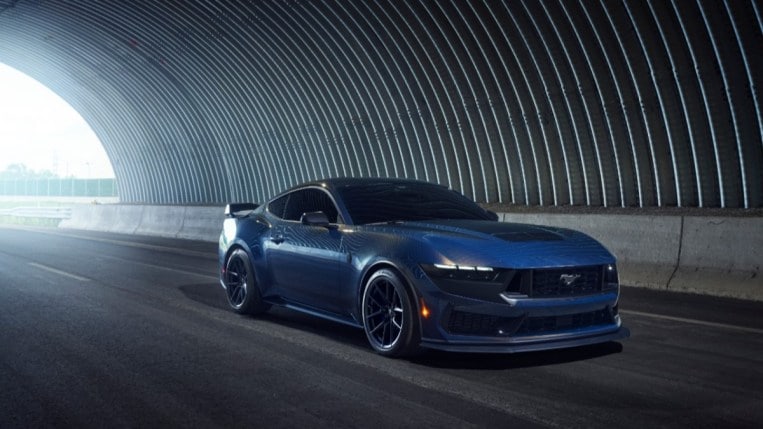 But here it is.

The 2024 Ford Mustang Dark Horse will be the most powerful Mustang on offer until the Shelby models start rolling out. It strikes a balance between speed and luxury and wraps it all in a sinister-looking package. Ford calls it “the most track-capable 5.0-liter V8 street-legal Mustang ever.”

There are a lot of qualifiers in that boast, but it’s an impressive one all the same. 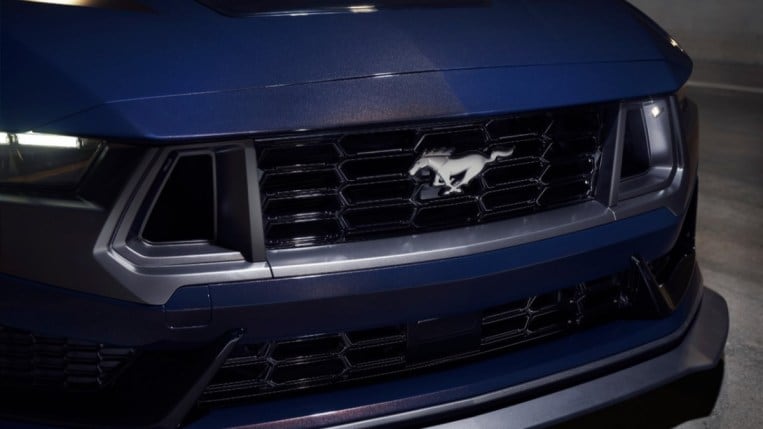 The Dark Horse carries a version of the 5.0-liter Coyote V8 found in the 2024 Mustang GT. The company hasn’t revealed power figures for the base car. But Ford calls the Dark Horse “the most powerful 5.0-liter V8 ever, projecting 500 horsepower.”

A 6-speed TREMEC manual transmission is standard, with an oil cooler design unique to the Dark Horse. A 10-speed automatic is optional.

An available handling package does its job through added downforce, thanks to a Dark Horse-specific rear wing with an integrated Gurney flap.

Carbon fiber wheels will be available later in the production run. 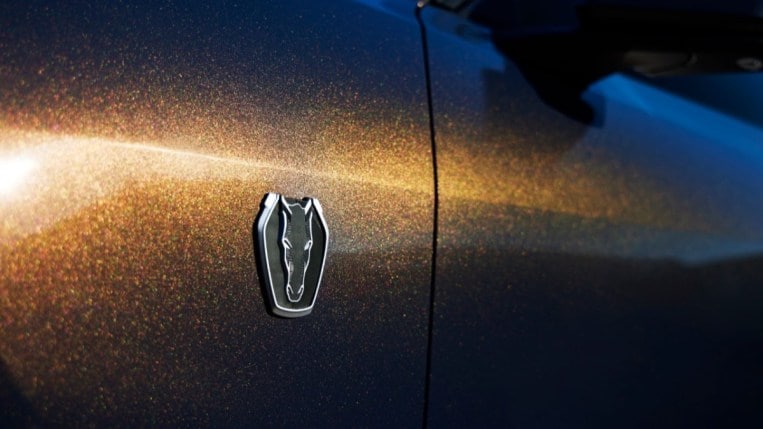 The Mustang Dark Horse leans into the dark-trim trend that has taken hold at nearly every automaker over the last two years.

It comes in just one color – Blue Ember metallic – with darkened headlight surrounds and huge trapezoidal air vents beside the glossy black grille. The Dark Horse used in press photos features a matte black decal on the hood scoop, which reduces glare and looks fantastic. But Ford says, “A choice of applied or painted feature graphics along the roof and down the hood are also available in a variety of colors and styles.”

Probably the best-looking exterior touch, though, is a set of badges unique to the model. Silver-on-black, they feature a horse’s stare so menacing that you could forget horses are twitchy prey animals. They’re prominent on the fenders, trunk, and door sills.

Inside, the most visceral change is a thicker, flat-bottom steering wheel wrapped in real suede with indigo accent stitching. Automatic-equipped models get anodized silver paddle shifters.

All 2024 Mustangs pair a 12.4-inch digital driver’s screen with a 13.2-inch central touchscreen housed in a single shell, so they flow together like one screen. 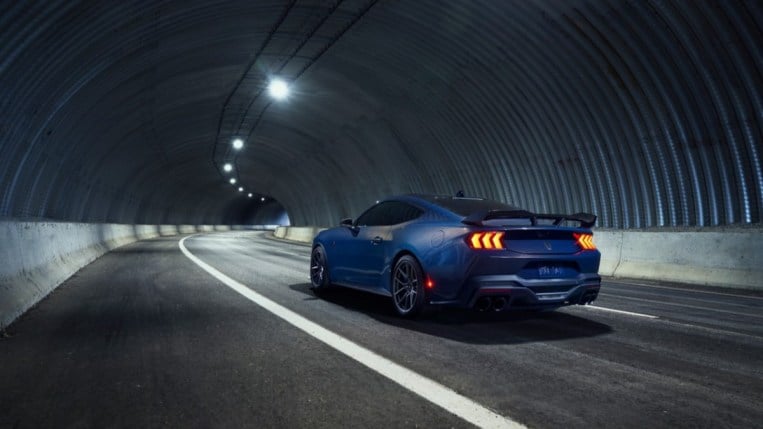 Ford will offer two track-only versions at a later date. They include the Dark Horse S for hobbyists and the Dark Horse R for racing. Both come equipped with a safety cage, race seat, race steering wheel, fire suppression system, and just about everything else removed for weight savings. The R is distinguished by a race fuel system and serialization required by some race series.

Gallen takes down Hodges in crazy, dramatic fight… but ‘bulls–t’ stoppage has rematch on the cards