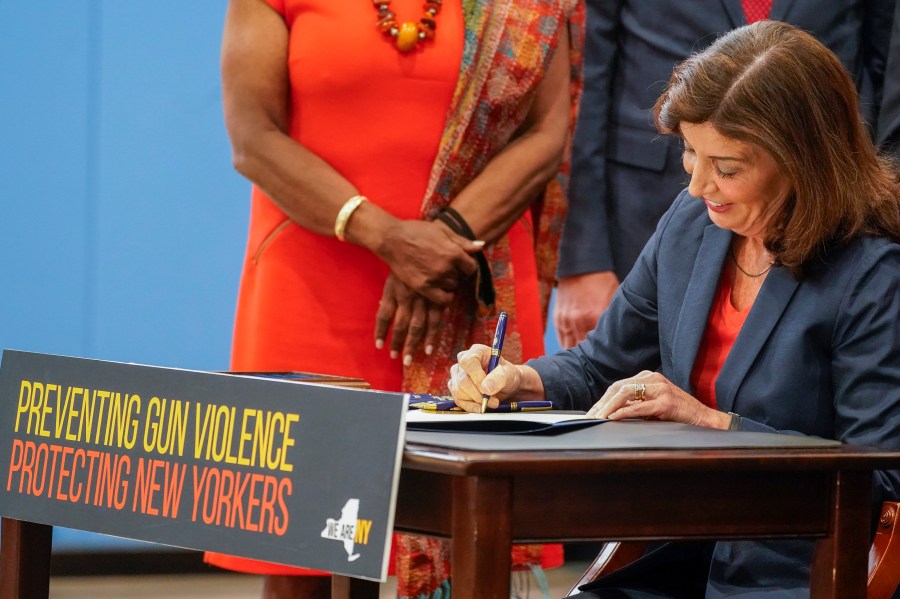 ALBANY, N.Y. (WIVB) — A new law is on the books in the Empire State, aiming to crackdown on realistic-looking imitation weapons.

Imitation weapons can no longer be black, blue, silver or aluminum.

The governor’s office said the legislation will create a consistent standard for what’s permissible in municipalities across the state. However, there are exceptions, like the use of realistic imitation weapons in theatrical productions.


Buffalo Police attempt to crack down on ‘ghost guns’

There have been 63 shootings, eight of which were deadly, across New York State because someone mistook an imitation weapon for a gun, according to the NYS Office of the Attorney General.

“My top priority as governor is keeping New Yorkers safe, and that means cracking down on devices used to commit crime,” Governor Hochul said. “Restricting these realistic-looking devices will ensure misleading and potentially dangerous devices are off our streets, keeping kids, law enforcement, and all New Yorkers safe.”

Why the Wallabies crashed back to earth in San Juan