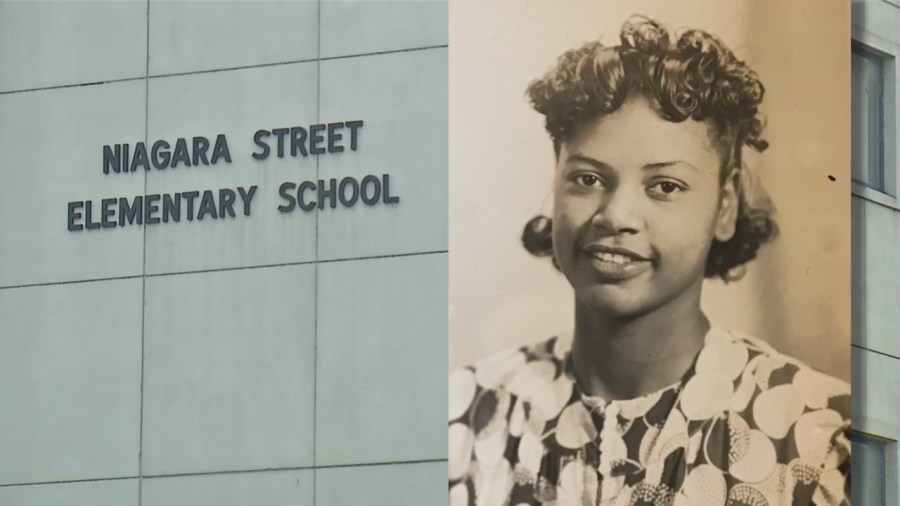 NIAGARA FALLS, N.Y. (WIVB) — The Niagara Falls City School District is making a historic change to one of its elementary schools. The building formerly known as ‘Niagara Street School’ will now be called ‘Bloneva Bond Primary.’

This change honors the first Black woman to serve on the school district’s Board of Education. Niagara Falls Superintendent Mark Laurrie says Bloneva Bond was an advocate for education and firmly believed in doing the right thing. Years after her death, Laurrie says her life motto should be a lesson to children of all ages.

“You too can be like Bloneva Bond. You went to her school. You know she has a school named after her. Why? Because of what she did and who she was,” said Laurrie.

This change comes just days before the first day of school for students. Laurrie says that was intentional.

“We wanted to start the year in a new fresh way. And making a name change at that time was an important way to set the tone for the staff, students, and community.”