Nic White never steps back from a battle but there’s one man in world rugby he’s not about to tangle with – England’s Eddie Jones.

White joked about his levels of maturity in a press briefing on Thursday but he had the perfect response when asked about Jones, who has arrived down under for the three-Test series against his homeland.

Both can be feisty characters, determined to stand their ground and speak their minds.

White was asked about Jones’ early shots across the bow delivered before his arrival, where he touched up the “abusive” Australian crowds and “aggressive” Australian media (never mind that the English press has been way more scathing of his team’s recent form than journos here). 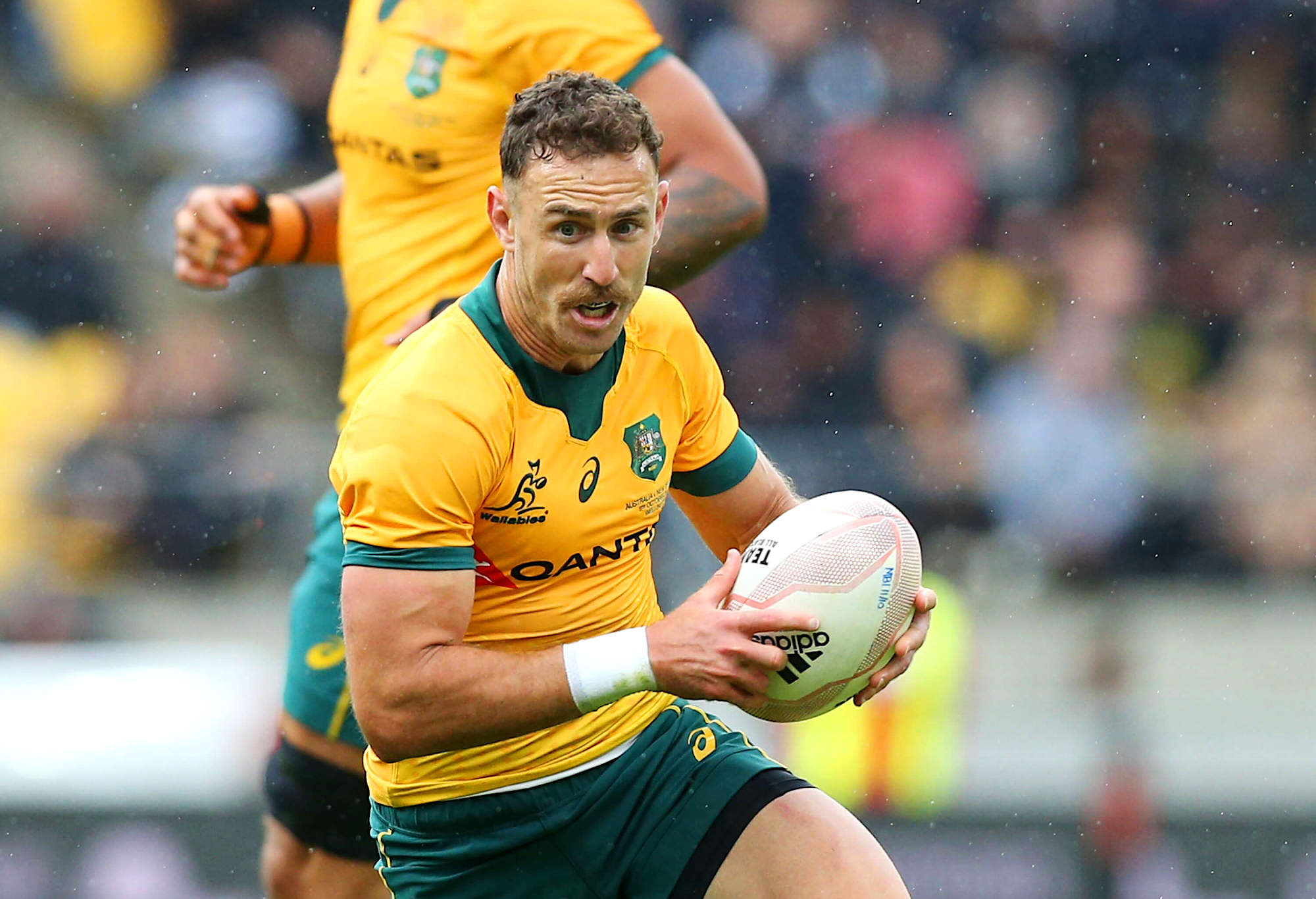 But White wasn’t going there, not this time at least.

“If there’s one guy I definitely won’t be getting into a battle with it’s Eddie Jones,” White said.

“You know they ask you that question, who would you love to have dinner with? He pops to mind straightaway – to pick his brains, he’s obviously a mastermind.

“We love our sport. You know, the Aussie vs England rivalry in all sports, let alone rugby, is huge. We do love to get up for that series. And we will be up for this series and hopefully be dragging all of Australia along with us. Hopefully we get a chance to to get vocal and he’s right we are very vocal over there.”

Jones has won eight straight Tests against Australia, which buys him plenty of credibility here.

“It definitely not just the record but Eddie Jones in general,” said White.

“The bloke’s been coaching international rugby for how long? When he talks everybody listens. His name in world rugby carries so much weight. When he talks, you should listen, because he’s seen it all.

“He’s had success at every level. And he’s obviously a very, very good coach. It’s not a battle I’m going to get in with him. I’d love to pick his brain because obviously, he’s seen it all. And he’s a very smart guy and a clever operator and had a lot of success. He’s someone I admire, really.”

White is likely to line up against a fellow veteran No.9 in Danny Care, who was restored to the team after a four-year absence.

“I know Danny pretty well,” said White, who played 61 times for Exeter Chiefs. “I’m more surprised that he hasn’t been selected throughout the last few years. His form has been phenomenal this year. He’s been great for Harlequins for a couple of years now.

“He’s just a maverick. Expect the unexpected. He’s got a running game, he’s got a short kicking game. He can control a game, he’s bloody quick to the breakdown, loves to play really quick, and we’re going to have to be on our toes.

“And Harry Randall is very similar in that regard. He’s a smaller guy, but he’s an absolute weapon. He’ll be keeping us on our toes. So yeah, what to expect? The unexpected with those guys.”

Care’s inclusion is seen as a way to bring out the best from his club teammate Marcus Smith.

“That makes sense, doesn’t it with Harlequins and the success they’ve had in the last two years? I’ve been watching a fair bit of Prem in the last couple of years and Marcus Smith has come on leaps and bounds, maturing as a player with that experience in the saddle and to have a guy there inside him that he’s is super comfortable with  makes a lot of sense.”

White had his own four-year stint out of the jersey from 2015-2019 and said he was a different player when he returned.

“Tom Brady said it best – ‘you sit the test so often that, that eventually, you get the answers. And now that you’ve got the answers it would be a shame to give it up.’

“I’ve made so many mistakes throughout my career. And certainly, as a decision-maker, you learn so much early on, and you get to a point where you feel pretty experienced, pretty comfortable.

“I’m starting to get to that stage where I’m still learning and still making mistakes, but I feel I’ve got so much to offer while the body is still raring to go.

“In that role,  I’ve sat the test a fair few times, now it’s over 10 years and I’ve got that experience.

“I’m doing my best to pass it on as much as I possibly can to the younger decision-makers. Quade’s been phenomenal with his time up here off the field, sitting with guys like Noah. On the field, you feel more comfortable because you’ve been in that position so many times.”

‘There’s always been argy-bargy over money’

“The success or otherwise of rugby in both Australia and New Zealand is intrinsically and inevitably optimised by being joined at the hip,” O’Neill told the Sydney Herald.

“There has always been argy-bargy over money. But inevitably the brinkmanship results in a reasonable outcome. Also, the international component of rugby is a real point of difference for rugby, so why give it away? Super Rugby Pacific was good. Now just bring in a Japanese team.”

Phil Kearns presents the case for a review of the Super Rugby alliance on the Roar Rugby Podcast. Stream it here.

O’Neill, who angered Kiwis over the decision to cut NZ out of the 2003 World Cup hosting, said Australia benefitted from the relationship between the nations, adding: “Australia rugby genuinely owes New Zealand for helping to revive the game here from the doldrums of the ’70s.”

RA chairman Hamish McLennan has made it clear that Australia is considering going alone from 2024 in a dispute over revenue with the Kiwis.

Last year WR brought in a recommendation that teams do a maximum of 15 minutes of full contact training a week across a maximum of two days.

Earlier this week WR changed their concussion protocols so that from July 1, any player that suffers a concussion will be stood down for a minimum of 12 days instead of sevenn.

“People might hear me say that and think I’m being a hypocrite because I played for Leicester at a time when we had brutal training sessions. But the key thing is we now have new information about the brain and on head injuries and how rugby can affect players in the future.”

Rep Round News: Mead says PNG must be NRL’s 18th team, Bromwich back as Kiwi captain

‘It sucked, I felt I let my team down’: How Noah Lolesio dealt with Super Rugby drop kick pain, and how his mates reacted