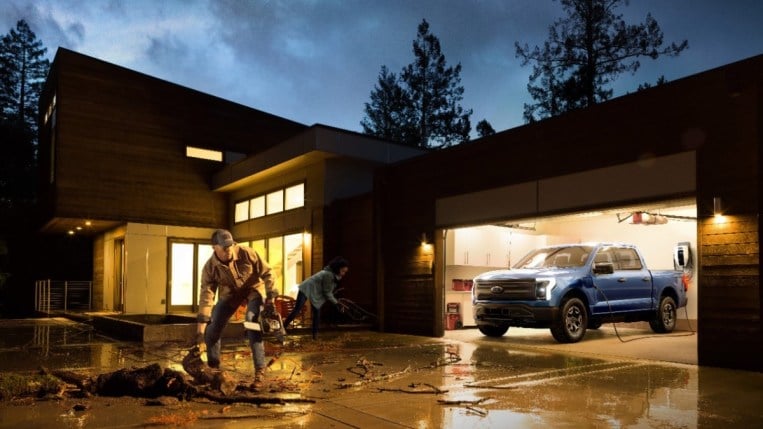 Electric vehicle (EV) advocates dream of a day when millions of electric cars help back up America’s energy grids. A North Carolina energy company is looking for volunteers to experiment with the idea now.

Duke Energy has asked state regulators for permission to launch a pilot program that “will reduce vehicle lease payments for program participants who lease an eligible electric vehicle (EV), including Ford F-150 Lightning trucks. In exchange, customers will allow their EVs to feed energy back to the grid – helping to balance it during peak demand.”

EVs That Give and Take Electricity

The Lightning is one of several new electric vehicles (EVs) that can provide energy as well as use it.

Duke Energy’s press release doesn’t say what other vehicles might be eligible.

The power company is seeking 100 owners of EVs with bi-directional charging who will let the utility draw electricity from their vehicles up to three times a month during peak energy periods in summer and winter and once a month during off-peak times. In exchange, Duke will reduce their payments by $25 per month.

The program won’t launch until next year. Duke Energy would need to install equipment in the owners’ homes that would allow the trucks to provide power to the electric grid. Owners would also have to install certain software provided by automakers.

As electric utilities introduce more renewable energy sources to power grids, they run into a new problem – some days, renewables produce more energy than the grid can use. But utilities have few ways to store it.

Other days, users ask for more energy than the grid can deliver. In extreme circumstances, this can lead to rolling blackouts. Such heavy-usage days are growing more common as climate-change-driven heatwaves increase demand for air conditioning.

Though the term “the grid” has entered popular usage, America actually has five separate energy grids. They are only nominally interconnected, with little ability to pass energy from one to another.

That creates missed opportunities. Arizona, in the peak of summer, can produce enough electricity from solar power alone to power the entire country. But it can’t pass that energy on to New York where it’s needed or store it for winter.

Traditional energy sources like coal can scale up or down more easily than wind- and solar-generated sources can. But climate change has made the continued use of fossil fuels unsustainable.

Electric utilities must find ways to store energy from renewable sources on the days it’s easy to produce for those times when it isn’t.

Some areas have experimented with large municipal batteries. But they have their own engineering problems, from massive costs to increased fire risk.

EVs provide one possible solution. America’s transportation system is gradually going electric. Many automakers have pledged to sell mostly-electric lineups within a decade. California, Massachusetts, and Washington have banned sales of new gas-powered cars starting in 2035.

If even a fraction of America’s more than 100 million registered cars is battery-powered, the country will have access to a massive rolling energy storage system. Cars could draw energy from the grid on some days and return it on others, helping balance the load.

The same technology that allows cars to pass power back into grids could allow for distributed power generation. In its press release announcing the Lightning program, Duke Energy notes that the same systems could allow home solar panels to add power to the grid.

Duke Energy’s proposal for Lightning owners is a small-scale experiment for now.

But energy companies have been experimenting with the notion of vehicles as battery storage for several years. Dominion Energy has helped some school districts in its service area convert to electric buses. In exchange, school districts let Dominion use the buses’ batteries as energy storage during summer when they go unused.

Trudeau Takes Another Swing at Crypto in Latest Speech