Latrell Mitchell will have just 80 minutes to work his way into the NSW squad with South Sydney coach Jason Demetriou claiming the fullback was too good to be left out of Brad Fittler’s side for State of Origin III.

Mitchell will make his first start for Souths since round five when they take on Parramatta at Accor Stadium.

The fullback has been sidelined with a hamstring injury and was sent to the US to undertake a rehabilitation programme last month.

The 25-year-old returned to Australia a fortnight ago but his comeback game was delayed after he caught COVID-19, leaving Saturday night’s game against the Eels as his only audition for Origin III in Brisbane on July 13.

Centres Matt Burton or Stephen Crichton loom as the most likely casualties if Fittler opts to recall Mitchell for game three at Suncorp Stadium, a ground where the Blues haven’t won a decider since 2005.

“He’s fit to play and he’ll go out there and show what he’s able to do and then it’ll be up to NSW selectors and ‘Freddy’ (Fittler) to decide whether they want him in the team,” Demetriou said.

“From our perspective, he is fit to play. I’d pick him, yeah, he’s too good a player (to not be called up).

“But (as Souths coach) I won’t be disappointed if they don’t. If it was me, I’d be picking him for sure.”

Souths (7-7) have yet to rekindle the form which earned them a spot in last year’s grand final, with rookie halfback Lachlan Ilias and five-eighth Cody Walker struggling to combine.

Ilias, who was subbed off in their last game against St George Illawarra, will be one of the main beneficiaries of having the experienced hand of Mitchell alongside him.

“I don’t want him (Mitchell) going out there expecting to be the bloke who’s going to turn everything around,” Demetriou said.

“He’s got to do his job and he knows his role. He gives energy to the team and his presence alone will do enough.”

Wayne Bennett is confident the building blocks are in place for the Dolphins to achieve sustainable success when they come into the NRL next year.

There have been plenty of critics claiming the Redcliffe side will struggle but Bennett said the Dolphins had a much better infrastructure in place than the Broncos way back in 1988 when they entered the big league.

“Redcliffe has got a magnificent set-up out there. It’s unbelievable and it’s world-class. 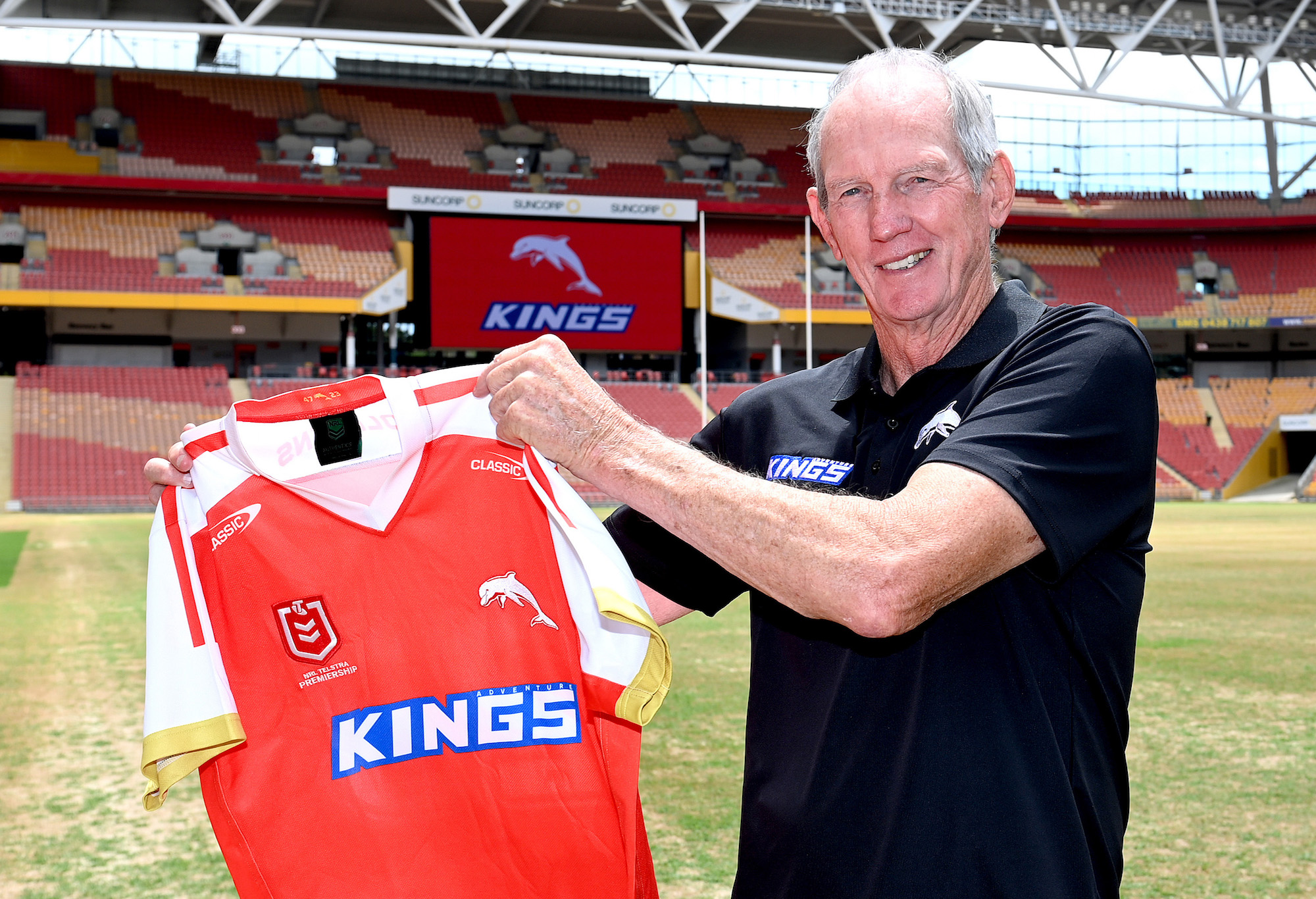 Wayne Bennett will be the first coach of the Dolphins. (Photo by Bradley Kanaris/Getty Images)

“At Red Hill, we had a little change room over there and the showers were cold, we had no hot water and the ground was in terrible shape to train on.

“But I love the old change rooms because it has some culture there and some feeling about it.

“We will continue to improve (and create the culture at Redcliffe).”

The Dolphins signed Panthers halfback Sean O’Sullivan earlier in the week but are still on the lookout for marquee talent to fill their spine positions.

DOT looking to reconnect East Side through Kensington reconstruction