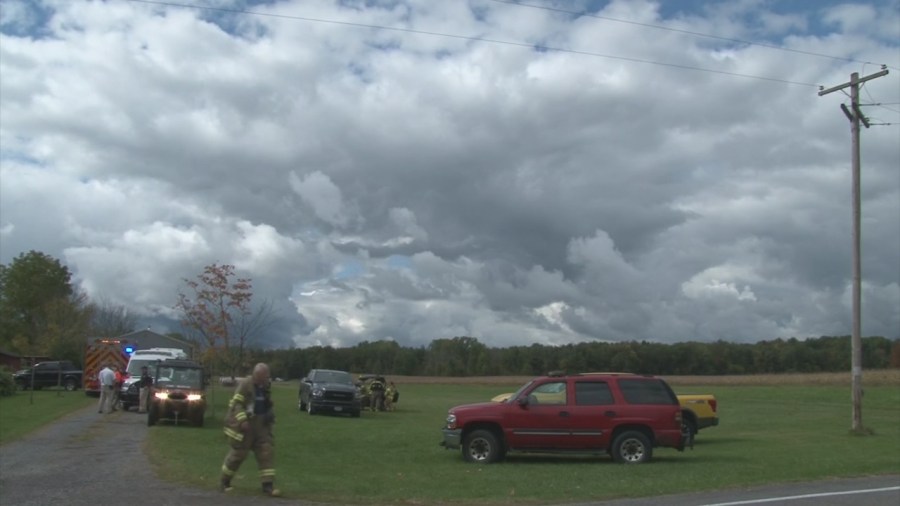 CORFU, N.Y. (WIVB) — The National Transportation Safety Bureau has released a report on the October 2, 2020 crash that killed prominent attorney Steve Barnes and his niece.

The preliminary report did not provide a cause, but did include a timeline, witness statements as well as audio between the 62-year-old Barnes and air traffic controllers.

Barnes and his niece Elizabeth Barnes were flying from New Hampshire to Buffalo when the plane went out of control and plummeted into the ground in a wooded area off Route 33 and Boyce Road. Steve Barnes was piloting the plane.

A summary of communications shows that at 11:41 a.m. the pair were traveling at 190 knots at 28,000 feet and he was told by air traffic control to start descending to 8,000 feet. One minute later, Barnes said he lost connection with air traffic control. He was asked if everything was okay and responded, “yes sir, everything is fine.”

The plane descended on track until 11:43 and the controller asked the pilot where he was headed and received a “garbled” response. The controlled instructed Barnes to stop his descent and maintain altitude. Barnes did not respond. The plane turned and took a spiral and essentially disintegrated on impact. It left a large crater in the field. The plane’s radar ended at 11:45 and a 911 call was made at 11:47. The report says that Barnes did not have any drugs or alcohol in his system and that the plate was up-to-date on safety features.

One witness, Amy Mertz, said that the plane sounded “off,” then there was silence followed by a loud boom and it “felt like a bomb went off.” Multiple witnesses compared it to the sound of a motorcycle. Barnes was flying a Socata TBM 700 aircraft, often described as a high-performance, single engine turboprop that is often used for business.

Barnes was prominent for being part of the Cellino & Barnes law firm and his death made national news. He and Ross Cellino Jr. based the firm for nearly three decades in Western New York with offices in Buffalo, Rochester, New York City and California, specializing in personal injury lawsuits. They were in the midst of a break-up at the time of the crash.

Kikau cleared, May out, Foran doubtful, Klemmer back

Titanic task awaits, but don’t back against the Greeks