Officers in Niagara Falls police-involved shooting will not face charges 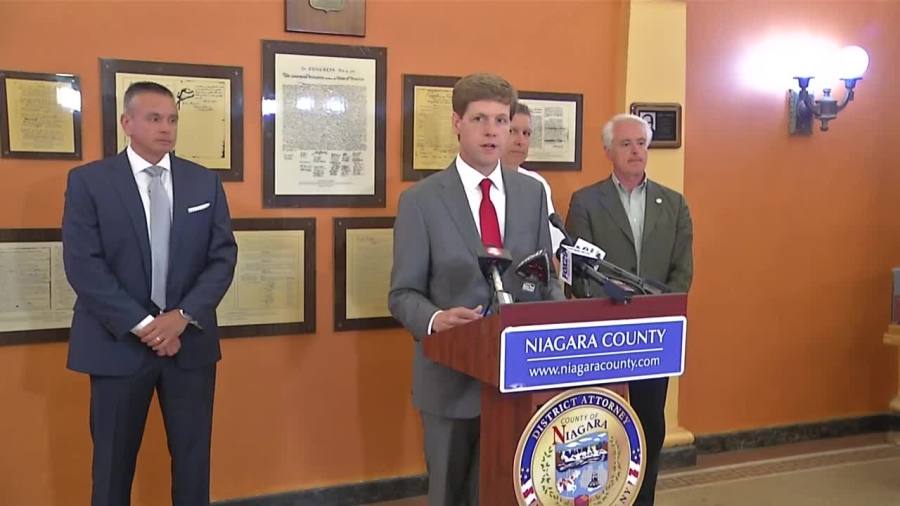 NIAGARA FALLS, N.Y. (WIVB) — There will be no charges pressed against the officers involved in the case of Reginald Barnes.

According to body camera video released by Niagara Falls police last month, Barnes, 29, was seen lunging at officers with a knife, stabbing one of them before he was subsequently shot.

That day, June 3, police had responded to a report of a suspicious person near the intersection of Niagara Falls Boulevard and 80th Street.

The officer who was stabbed was treated for back and arm injuries, but has since recovered and is back to work, Niagara County District Attorney Brian Seaman announced Tuesday morning.

“It’s not easy to deal with,” Faso said during the conference Tuesday, noting that “It’s more than just stressful.”

Seaman says the body camera video from the scene provided “vivid detail” that showed that the officers were justified in their use of force, with the level used being in accordance with the law.

“The body cameras are a phenomenal tool,” Faso said.

A grand jury has handed up an indictment against Barnes, charging him with aggravated family offense, resisting arrest, criminal possession of a weapon and two counts of attempted aggravated assault of a police officer.

That last charge is the most serious of those presented, and carries a maximum sentence of 20 years in prison, if Barnes is convicted.

Barnes will be back in court for future proceedings on July 18. He’s currently in the custody of the Niagara County Sheriff’s Office.