Old Fort Niagara reenactment offers a glimpse back in time 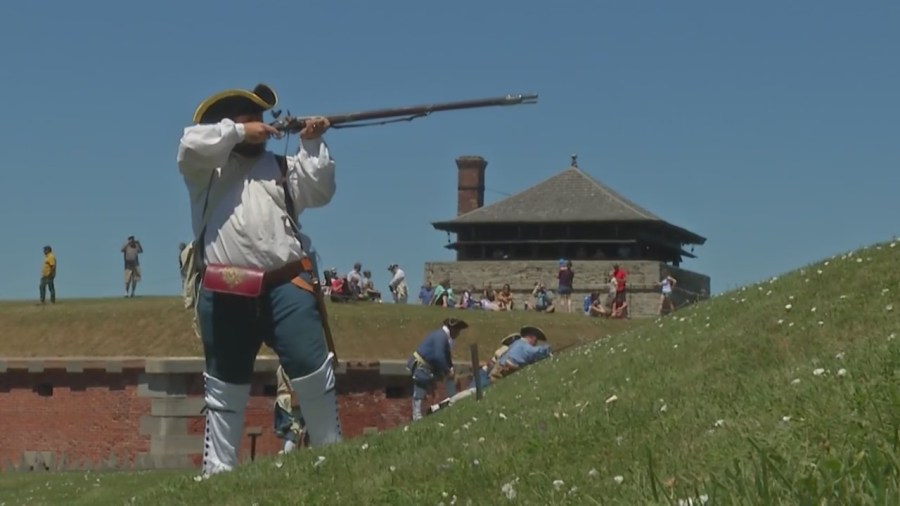 YOUNGSTOWN, N.Y. (WIVB) — If the grounds of Old Fort Niagara could talk, they would tell centuries’ worth of history.

Those stories continue to be told everyday by hundreds of volunteers that help keep the traditions living on.

“I love history,” said Jeanne Ellis, a resident of Victor, N.Y., who volunteers with her family every year. “We have to preserve it. We have to remember it. We have to make our ancestors come alive, relive it and thank them for their sacrifices.”

Old Fort Niagara offers visitors a glimpse into our nation’s history. Dating back to the 17th century, the former French fort was taken over by the British during the French and Indian War, and later, taken over by America. The base holds so much history and opportunities for people to learn.

The not-for-profit is open year-round, and holds multiple events during the summer, like their reenactment of the French and Indian War during Fourth of July weekend.

“Many of the leaders of the American Revolution gained their first experience during this conflict,” said Robert Emerson, the director of Old Fort Niagara. “Men like George Washington, for example, saw their first combat in the French and Indian War.”

They choose to showcase reenactments of what life was like during the 19-day siege at Old Fort Niagara, in just the three days of Independence Day weekend.

During these reenactment events, hundreds of volunteers camp out and live the way their ancestors did during these wars.

“Telling tales and singing songs — we’re all passionate about history and keeping it alive and carrying it on,” said Ellis, who camped out all weekend.

With the help of the community and historians, the stories of the patriots that fought for our freedom live beyond the reach of history books.

For more information on hours and events coming up at Old Fort Niagara visit their website at this link.

Keep on Rockin’ in the Retail World (*)