Paladino: Trump has told me, ‘Go out and win’ 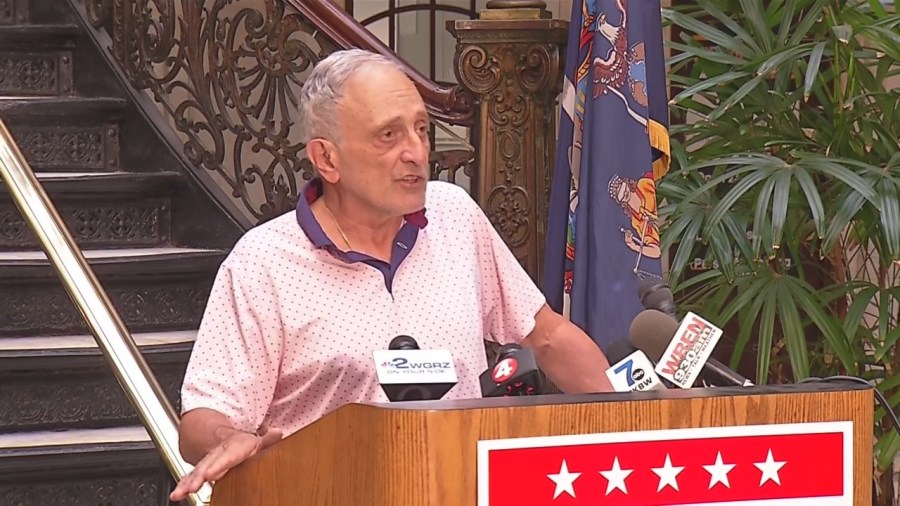 BUFFALO, N.Y. (WIVB) — Carl Paladino, a candidate in the Republican primary for New York’s 23rd congressional district, said Wednesday that former President Donald Trump isn’t planning to make an endorsement in the race, but claimed “the president has told me personally, ‘Go out and win.’”

Paladino is facing New York State Republican chairman Nick Langworthy in the primary for the recently redrawn district, which stretches from Lake Erie to Elmira.

Paladino said Trump and his staff “have told us they’re not doing endorsements. It’s very tricky and, it’s very, in this case, you’ve got the New York State Republican chair — ok, for the entire state — running against me. So the Trump administration doesn’t want to dig the hole, OK, to absolutely bury him.”

“Sounds like every day is a tough day for Carl’s campaign, who continually has to choose between praising Hitler and defending Carl’s protection of a child sexual predator. No amount of political theater can distract from the fact that as voters learn more about Nick Langworthy’s conservative record, they are abandoning Carl Paladino’s campaign in droves,” said Chris Grant, advisor to the Langworthy campaign.

Grant was referencing a radio interview in 2021 in which Paladino reportedly said Adolf Hitler is “the kind of leader we need today.” Paladino last month defended having a convicted sex offender on his staff.

Paladino held the press conference Wednesday after announcing a $200,000 ad buy in the final push to turn out voters for early voting on Aug. 13 and primary day on Aug. 23. The controversial candidate also called on Langworthy to denounce a “DC swamp dark money group for falsely smearing his record.”

Paladino criticized Langworthy in the press conference for donations coming in from outside the district.

“Why aren’t the local people supporting him? Because they know he’s a loser,” Paladino said. “They know he’s going to lose this thing.”

Paladino said Wednesday his campaign has more than $1 million cash on hand. In his most recent financial disclosure, Paladino reported writing his campaign loans totaling $1.5 million.

What I want this TRC for the Wallabies