Pan-African flag to be raised in Buffalo ahead of Juneteenth 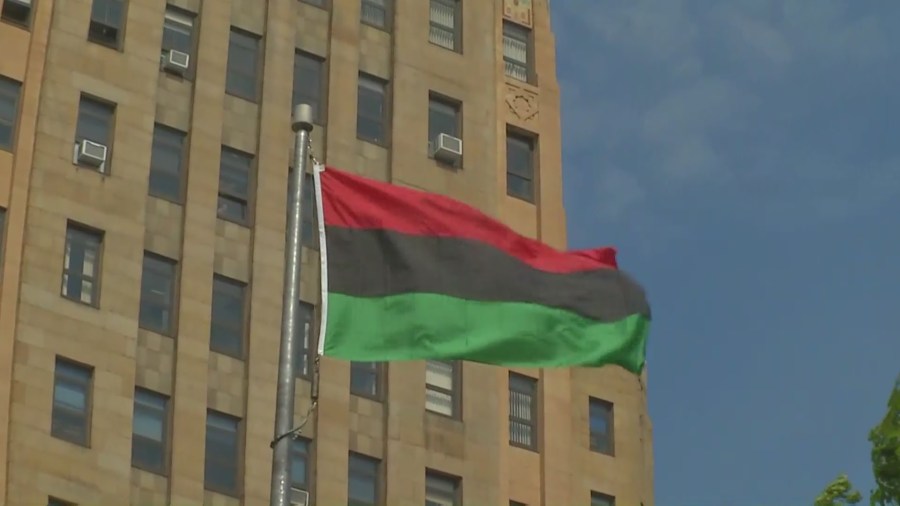 This is being done in recognition of Juneteenth, the annual celebration of the end of slavery in the United States. Although the Emancipation Proclamation was issued in 1863, the National Museum of African American History & Culture says it was not able to be implemented in states still under the control of the Confederate States of America.

“As a result, in the westernmost Confederate state of Texas, enslaved people would not be free until much later,” the museum says. “Freedom finally came on June 19, 1865, when some 2,000 Union troops arrived in Galveston Bay, Texas.”

With the army’s announcement, the National Museum of African American History & Culture says more than 250,000 African-Americans in Texas were freed from slavery.

“This day came to be known as ‘Juneteenth,’ by the newly freed people in Texas,” the museum says.

The Pan-African flag will be raised at Noon and remain at full staff throughout June. Juneteenth is Sunday, June 19.