What an enthralling London derby we witnessed at Stamford Bridge on Monday morning between Chelsea and Tottenham. The 2-2 draw contained plenty of drama and fireworks, with a couple of dubious refereeing decisions causing controversy.

However, the big talking point was the fiery altercation between managers Antonio Conte and Thomas Tuchel on the touchline both during and after the game. The Italian tactician’s celebration in front of the Chelsea bench after Spurs’ equaliser was not taken well by Tuchel.

He should have expected it though. Conte is widely known for his crazy antics when his team finds the back of the net which has nothing to do with the opposition and should not be taken personally.

Why does he act this way? Is running around like a madman and punching a fist in the air all necessary? Well, it’s in his blood and that’s who he is. He prides himself on that passion and willingness to win at all costs, resonating back to the team which the players then feed off from that energy.

Current Spurs full-back Emerson Royal had this to say about the boss.

“Conte arrived with a really competitive mentality. He’s teaching us all to give everything.”

There is no doubt that since the 53-year-old took over the reins at the London-based club, he has improved the squad by installing a winning mentality and the fight required to compete with the big boys.

Over the years Tottenham has lacked that extra cutting edge and competitive mongrel, especially when things are going south. Despite the high plaudits for former manager Mauricio Pochettino and the attacking football implemented, the one criticism of the Argentinian was not being adaptive and having the ability to play ugly when need be.

The counterargument could be that José Mourinho was at the helm and could not get Spurs over the line despite being a champion. However, his coaching style has evaporated, and lost the dressing room very easily.

Yes, the style of football has been set up to be more defensive, but Conte is a proven winner domestically with trophies to back that up with Juventus, Chelsea, and Inter Milan.

It is this drive and passion he possesses for the game which helps brings his players onboard and ride the journey of emotions with him.

Some may not agree with how he approaches certain aspects, but he deserves credit for sticking to his philosophy and believing in himself as both a tactician and man-manager. 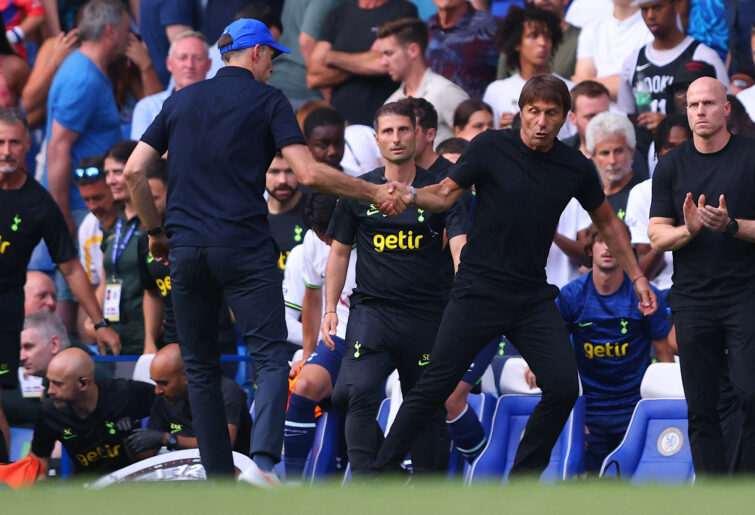 During this year’s pre-season, Conte’s brutal training methods were revealed as he made his players run up to 42 lengths of the pitch, with star players Harry Kane and Heung Min-Son seen laying on the floor exhausted in the 30-degree heat.

Former Juventus captain and club legend Alessandro Del Piero shared his own experience back in his playing days under Conte.

“You work hard with Antonio, there’s no other way. He’s a tough guy.”

His method of madness actually has some meaning behind it though. This has proven to build mental strength and galvanise his teams together when moments get tough in match situations.

It’s either Conte’s way or no way at all. This is evident through the transfer market as he is always demanding the best players and the players that he wants to fit his system of play, to the point where he has even called out club presidents publicly.

He left suddenly at Juventus and the same scenario played out at Chelsea as he was not backed by the respective boards.

People may argue that this is sulky behaviour, but it just proves how much of a winner Conte really is.   At Tottenham, he has been able to build the team he wants with the likes of Dejan Kulusevski and Ivan Perišić joining the club to fit into his preferred formation of the 3-5-2.

He possesses tactical nous and an incredible mindset that very few managers in world football have in their locker.

No more will rival supporters mock Spurs for being ‘soft’ and always failing on the big stage.

After 14 years without a major trophy, Antonio Conte’s endless passion and devotion put into his work will pay off for Tottenham in the very near future.

Most starters, including Allen, to play Saturday