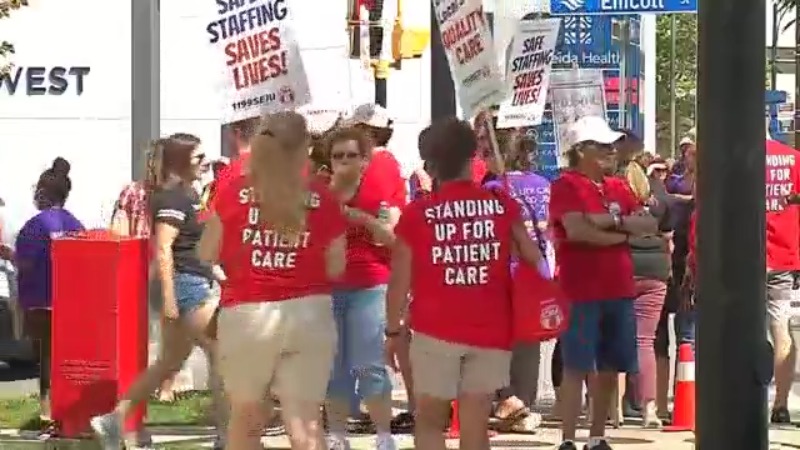 And with union officials saying there are more than 800 currently unfilled positions within Kaleida, both sides are looking to come to an agreement as to avoid a strike. On Monday, they’ll be back at the bargaining table to try and work out a new deal.

Workers are calling for more staffing and better pay. But if an agreement can’t be reached, a vote to authorize a strike could be on the horizon.

These bargaining talks pertain to 6,300 healthcare workers across several local facilities, including the following:

“It is Kaleida’s responsibility to invest in its workforce so that the residents of western New York can receive the care they need and deserve,” CWA Local 1168 President Cori Gambini says. “They need to invest in their staff so that more health care workers want to work, live and remain in the Buffalo area.”

Talks over a new contract have been going on for months. This past Thursday, an informational picket was held outside Buffalo General. Hundreds of union workers were there.

Apple’s rumored 15-inch MacBook Air: Everything you need to know