premiership heavyweights collide, potential for some to go 0-2

Last week saw the Roosters and Dragons pick up where they left off, registering big wins over the Eels and Titans respectively, while the Knights finally got their first win in the NRLW upsetting the Broncos in front of their home fans in Newcastle.

This weekend has the potential to see these three sides record their second win of the season as they come up against the Broncos, Eels, and Titans, who conversely all dropped their opening matches and face the prospect of an 0-2 record in such a short season.

Here is your preview to round two.

Broncos vs Roosters
A standalone match at Suncorp Stadium sees the Brisbane Broncos attempt to bounce back from their upset loss to the Newcastle Knights when they welcome reigning premiers the Sydney Roosters on Saturday at 1:10 pm.

After claiming the first three titles, the Broncos are starting to be seriously challenged for the first time, as evidenced by a last-minute loss to the Titans in round four last season, followed by throwing away a 16-0 lead to lose to the Roosters by 22-16 in the preliminary final.

Last Sunday they crashed to a 32-14 loss to the Knights in Newcastle, with ex-Broncos Tamika Upton and Millie Boyle proving to be the difference as the Novocastrians broke through for their first win in the league.

The 32 points the Broncos coughed up was their most ever in any match, eclipsing the 28 points they gave up in the aforementioned loss to the Titans back in March. 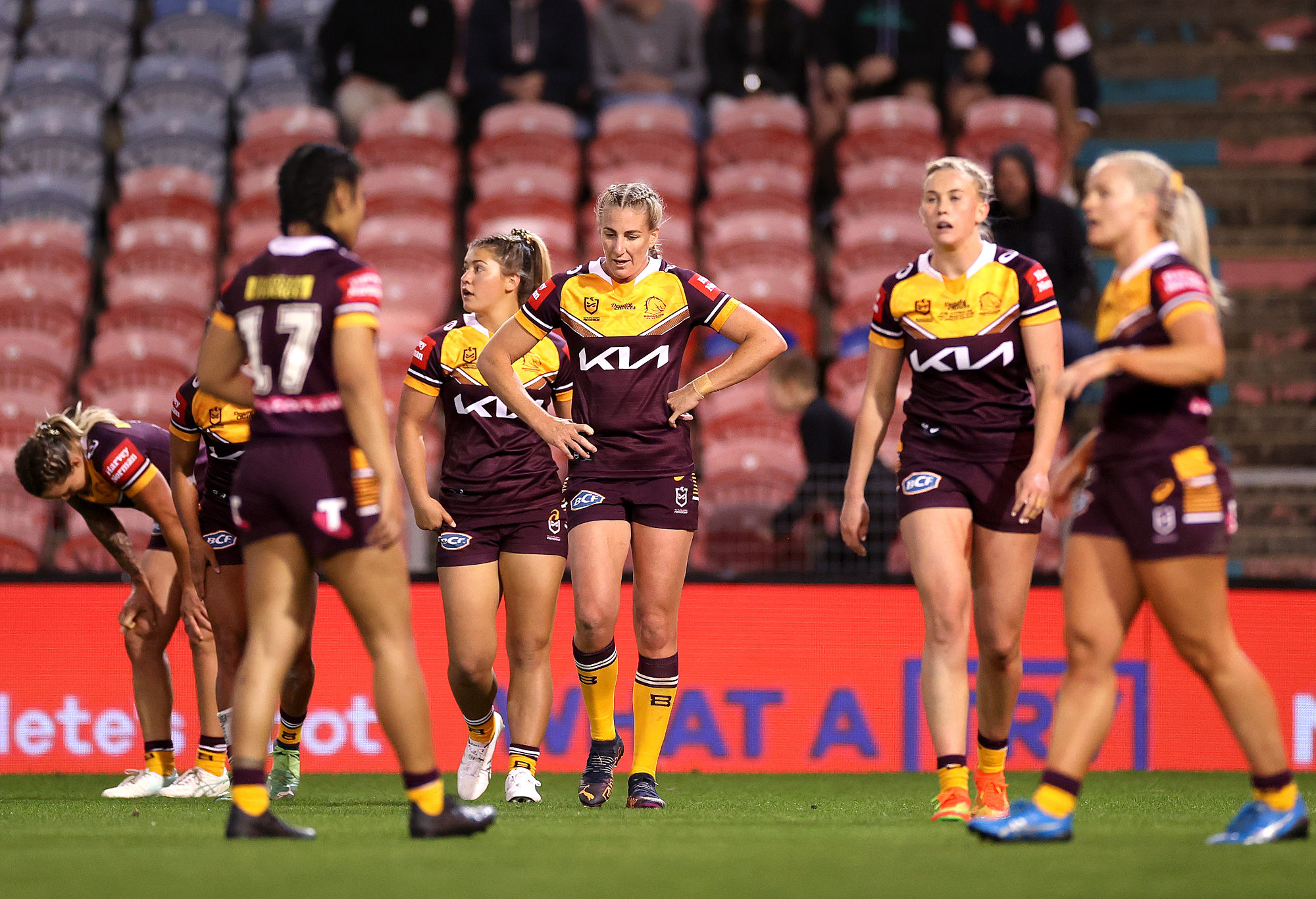 The Roosters picked up where they left off last season with a clinical 38-16 win over the Eels at Commbank Stadium last Saturday, though the margin could’ve been bigger if not for poor goalkicking from Zahara Temara who landed only three out of eight conversion attempts.

Ex-Dragon Sam Bremner, returning to the game after a pregnancy hiatus, proved that she still has what it takes to perform at the highest level, while new captain Isabelle Kelly continued her dominant standing in the game with two tries.

On the Broncos minds going into Saturday’s match will be redemption, after they had their premiership era put on hold, at least, following the aforementioned loss to the Roosters which saw them miss out on qualifying for the Grand Final for the first time in their history.

But while the Roosters will have the chance to extend the Broncos’ misery and inflict a third straight loss on the three-time premiers, the home side should bounce back as quality teams do.

Eels vs Dragons
Having been put to the sword by reigning premiers the Sydney Roosters in their first-round clash, the Parramatta Eels will get their chance to redeem themselves when they welcome the Dragons to Commbank Stadium on Sunday afternoon.

The Eels were in the box seat to reach the finals last season, only to suffer a heavy loss to the Broncos in their final match and see their points differential drop to below that of the Roosters, the result meaning they finished second last on the ladder.

They could only watch on as the Chooks went all the way, and on Saturday were dealt a lesson in what it takes to be a premier side in this competition.

They had trailed by only 18-16 early in the second half, but coughed up 20 unanswered points to crash to a demoralizing 38-16 defeat which could’ve been larger if not for poor goalkicking by the Roosters.

One highlight for the Eels, however, was the debut of Brooke Walker who became the first sportswoman to make the conversion from AFL Women’s to NRL Women’s, having played for Carlton in the former competition.

Now they must pick themselves up for another tough challenge and that is facing the Dragons, who began their quest for premiership redemption with a straight-forward 26-12 win over the Gold Coast Titans in Wollongong.

Jamie Soward’s side were never headed as a 95-metre try from winger Teagan Berry and a best-on-ground performance by Emma Tonegato saw them claim their third win over the Titans from as many meetings, in a rematch of last year’s preliminary final. 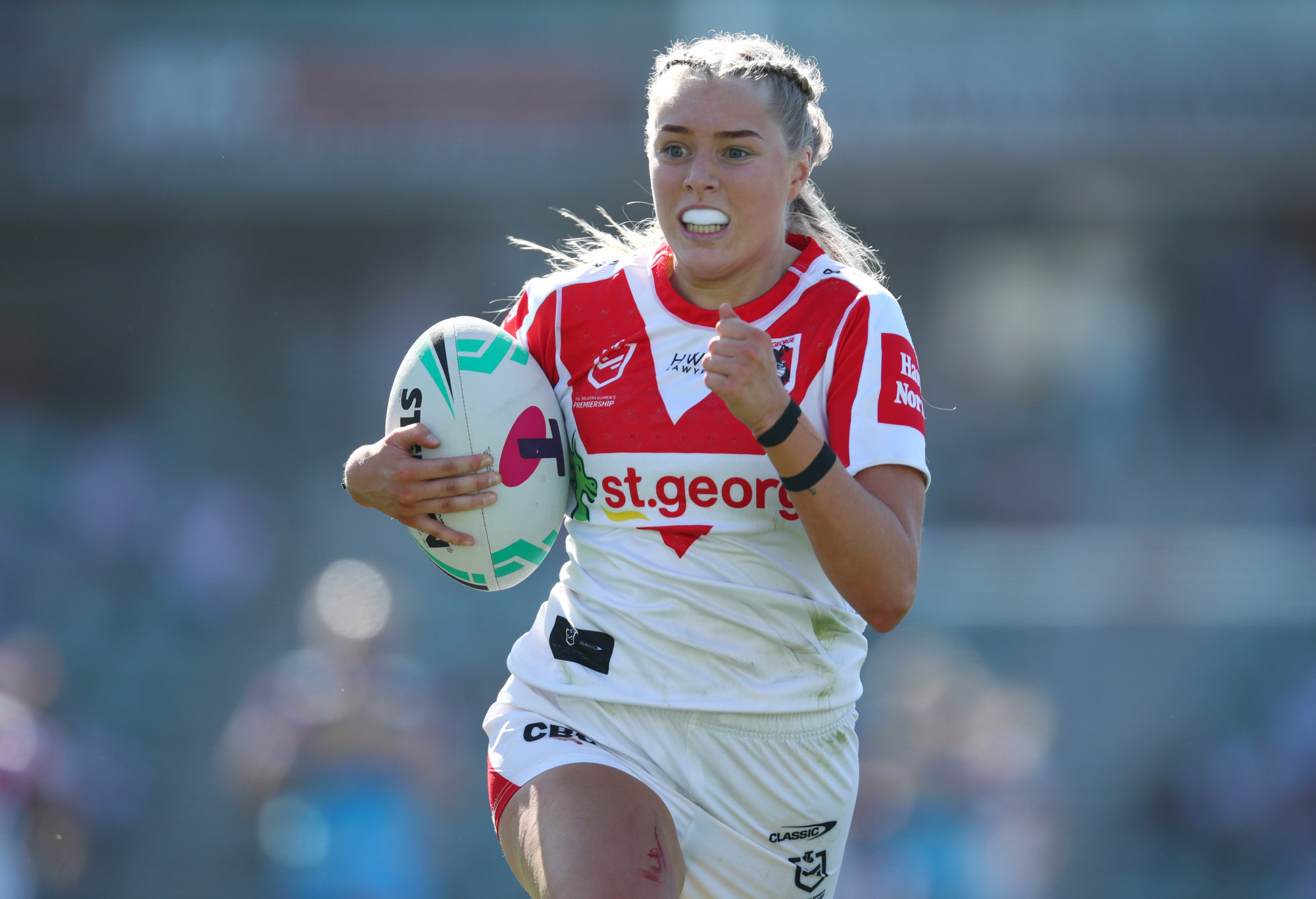 The corresponding match last season saw the Dragons win a low-scoring encounter by 10-0 in shocking conditions in Wollongong, with Rachael Pearson scoring all of her side’s points (one try and three goals).

While a win for the Dragons will see them firm in premiership favouritism, for the Eels, it’s now or never as they attempt to save their season even after just one round.

This match forms part of a doubleheader that, strangely enough, won’t involve the Eels’ men’s team; instead, Dragons fans can stick around for their men’s side’s round 24 clash against the Wests Tigers that follows the women’s match.

Titans vs Knights
The final match of round two will act as the second part of a doubleheader which also sees the Titans and Knights’ men’s teams face off two hours earlier, at 4:05pm.

Ill-discipline cost the Titans dearly in their 26-12 loss to the Dragons, and this is something new coach Karyn Murphy (whom the best-on-ground award in the Grand Final is named after) will look to address as her side look to rebound in front of their home fans.

They were put on the back foot right from the start, but they did have their moments with veteran Steph Hancock scoring both of their tries, one each in the first and second half.

Their opponents, the Newcastle Knights, will arrive on the holiday strip on a high after producing a controlled performance from start to finish to upset the Brisbane Broncos by 32-14 and record their first ever win in the competition. 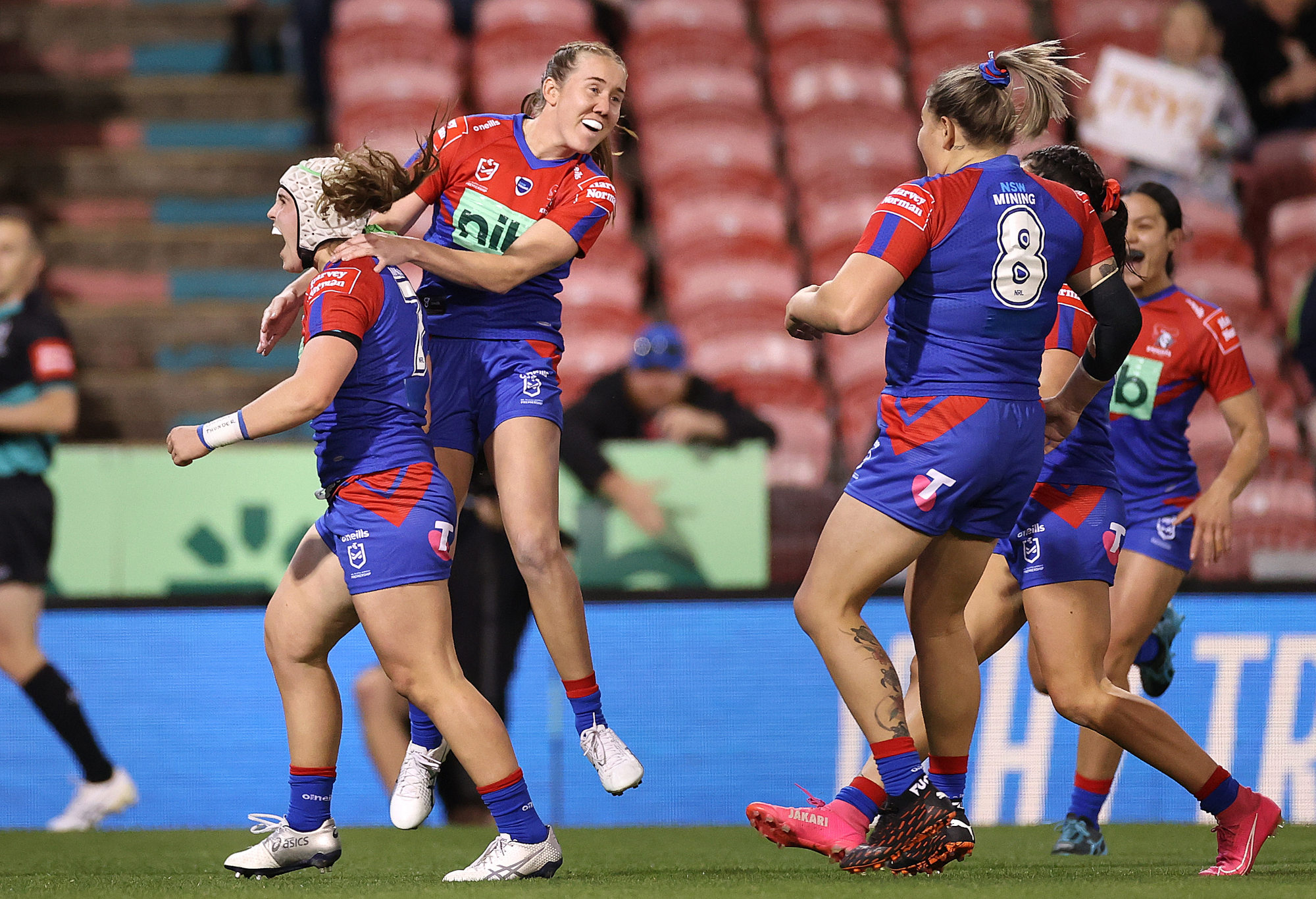 The Novocastrians were unlucky not to win a single game last season, but it took them just one match to get the monkey off the back and this was thanks to superb performances by new recruits Tamika Upton and Millie Boyle against their former club.

Jesse Southwell also made an impression as the youngest debutant in NRLW history, but her older sister Hannah suffered the dreaded ACL injury which means she will spend the rest of the season on the sidelines.

It is a bitter blow for the Knights, who lured her to the club after she was part of the Roosters’ premiership-winning side in the earlier season.

Simone Karpani comes into the side as the only forced change by the Knights, who after finishing with the wooden spoon last season could suddenly make it two wins from as many outings and stamp themselves as genuine premiership contenders in season 2022.

Can’t follow the Hird mentality, so is it possible to really love football without barracking for a team?