Rides, food, games, oh my!: The Best 12 Days of Summer returns to Hamburg 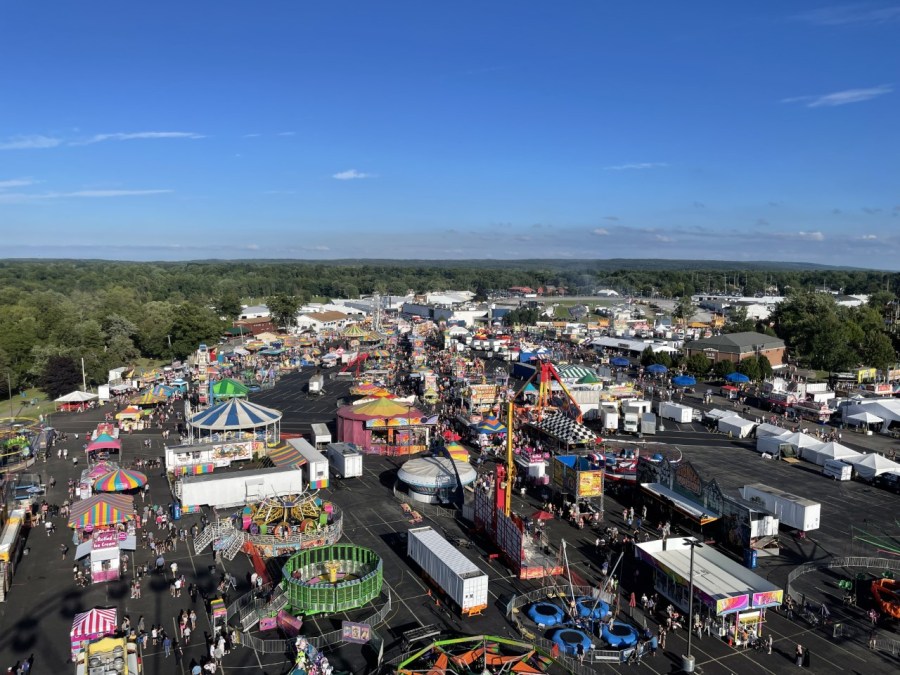 HAMBURG, N.Y. (WIVB) — The sights, sounds, tastes and smells of the Erie County Fair returned to the Southtowns on Wednesday. Thousands of fair goers went out to the Fairgrounds to enjoy the first day of the nearly two century old tradition.

“We just like coming through here. It is just so much fun. It is just everything you want in a fair,” Regina Ripper of Lancaster told News 4.

For many Western New Yorkers, the first day is always exciting.

The Erie County Fair has been a Western New York tradition since the 1800s and this year is the 182nd fair. The event runs through August 21 at the County Fairgrounds in Hamburg. While the 12 days features performances, livestock, rides, games and vendors, many people are excited for the food. This is an iconic element of the Erie County Fair and some favorites include the blooming onion, funnel cakes, pizza, Chiavetta’s Chicken, chicken tenders, taco in a bag, fried pickles, deep fried tacos, Philly Cheesesteaks, french fries, among other items.

Vendors have also been gearing up for this event, preparing their goods to sell or their food for fair goers to munch on as they stroll the midway.

“So far its been great. The weather is perfect. It’s not too hot. It’s comfortable. The crowds are starting to come in now,” Joe Mantione of Angelo’s Italian Pastries continued.

Angelo’s Italian Pastries has been serving up treats at fairs and festivals for decades. They are excited to be part of this time honored tradition once again.

“We’ve been doing this for 45 years. It’s just part of who we are and it’s always been good to us,” Mantione said.

While many are looking forward to the rides, fun and food, the Fair is more than just another festival. It is a Western New York tradition that brings together generations of residents from towns, villages and cities across the region.

“Everyone is friendly at the Fair. There’s not a sad face at the Fair and that’s the best part,” Ripper said with her grandchildren by her side.

The weather on Wednesday was picture perfect. While that brought many Western New Yorkers to the fairgrounds, they were also excited to see so many people out and about once again.

“Just being out again. We missed this over the last couple of years because of COVID. Now we just want to be apart of everything,” Sharon Colston of Buffalo added.

The Fair has been a county tradition for generations and it’s the people and the experience that brings families back year after year.

“It’s just the thing to do. I mean who wants to sit home when you know the Fair is going on,” Ripper said.

Every day from Aug. 10 through Aug. 21 gates open at 11 a.m. and close at 10 p.m. Adult tickets can be purchased online at ECFair.org for $13.50 or at the gate via credit card only for $15. Children age 12 and under are free. Parking at the fair is also free and the parking lots open at 10 a.m. Parking is available in the six lots attached to the grounds as well as the two lots across McKinley Parkway.