Roosters-Rabbitohs rivalry overblown, overdone and (thank God) over for 2022: Worst game of finals

South Sydney’s 30-14 victory over their archrivals (did you know they were archrivals? Did it come up where you are?) the Sydney Roosters was billed as the match of the round.

It’s the oldest grudge in Australian rugby league. Actually, in all Australian sport. No – in the whole world.

When the Rabbitohs play the Roosters, the entire universe watches on, we fans of the other 14 clubs simply left to envy the unrivalled passion and tribalism that can only exist between two teams from the mean streets of Bondi and Botany – one chaired by a billionaire, the other owned in part by two billionaires.

Bunnies and Chooks fans, at this point you can excuse yourselves – I’m sure you’re knackered from two weeks of all that hating each other you’ve been up to.

We, the rest of the comp’s supporters, would like a word among ourselves.

You lot are sick of this too, right?

Every time Easts play Souths we get this Origin-level build up in the media, where reports of a resident of Redfern breaking wind in Coogee get splashed all over the back pages as yet further ‘evidence’ of the true hatred that exists between these two clubs. 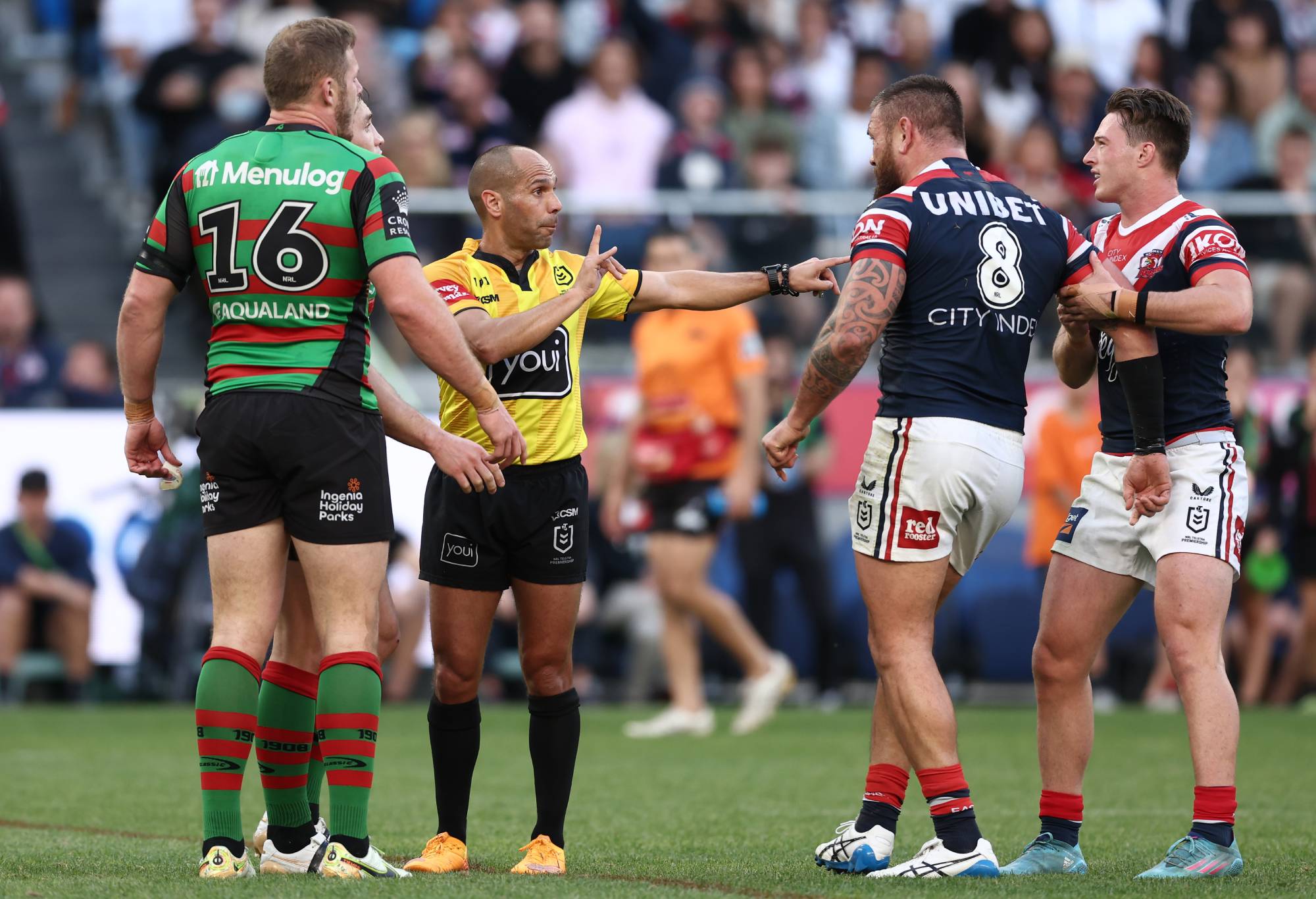 Disputes over stadiums, over signings, over someone smacking someone else get rammed down our throats as both sides agree over only two things: they totally hate each other and no one else gets it.

So the temperature gets cranked up to a million, every sneeze is turned into a slight and cases of rabies break out in the respective fandoms.

You know what the outcome ended up being on the weekend? A shit game of footy.

Sunday afternoon’s match was by far the worst of the four finals we saw.

Sure, the Panthers beat the Eels by a larger margin and I guess that game was decided earlier in proceedings than on Sunday, but at least that was a contest between two willing footy teams.

The last game we sat through on the weekend may have received State of Origin comparisons but, with due respect to two fine football teams (well, fine when they play any other club), it did not have the same quality of cattle.

What we instead got was two clubs determined to bash each other without the requisite level of discipline to actually make the game itself any good.

People pointing to the seven sin bins as some badge of honour for rugby league evidently enjoy different aspects of the game to myself.

I see it as an embarrassment to the game.

Two of the best teams get together and the way they decide to duke it out is by aiming for each other’s heads?

If we go through them individually, I’d say the only sin binning that was dicey was Junior Tatola getting 10 for a head rub – Victor Radley’s response to that little bit of hair tousling, particularly when coupled with the fact he’d already had a stint in the bin, meant his being given the proverbial yellow card was more than reasonable. Honestly, it was probably light.

Because by that point, surely referee Ashley Klein should have realised his constant showing of all 10 fingers was about as useful as the judiciary fining Nelson Asofa-Solomona: it was a penalty the offenders were willing to pay.

So while there was just the one questionable binning, the fact Klein set a new record for sending blokes to cool their heels shows he lost control of the game and therefore should have told both captains, probably as Jared Waerea-Hargreaves was leaving the field – by which point we were up to four binnings and two players who weren’t coming back after being concussed by illegal shots – that the next one to be sent from the field wouldn’t be coming back.

Instead Klein continued to try hold back the raging torrent with two hands when he should have used a single finger.

That said, he wasn’t the one who decided to play the game in a cheap, nasty, ill-disciplined manner.

I’m not averse to wanton violence, but if I want to watch people beat the crap out of each other, I’ll check out an afternoon of UFC.

I like rugby league for the skill and panache that the likes of James Tedesco provide, unless he’s been removed from the play by a high hit for which the offending player was only put on report – AKA the most useless form of ‘punishment’, given you don’t need to be penalised for the match review committee to decide you need to answer for your actions, as demonstrated in the Sharks vs Cowboys game as the refs and Bunker made the decision that Dale Finucane did nothing wrong, while the MRC saw he had obviously performed a crusher tackle.

I also enjoy the contact, the collision, the sheer what the hell are they doing-ness of rugby league, but give me the likes of James Fisher-Harris or Jason Taumalolo – genuine hard men who let their footy do the talking – over the cheap shots and rabbit punches we saw from the supposed tough guys who ran out onto the SFS. 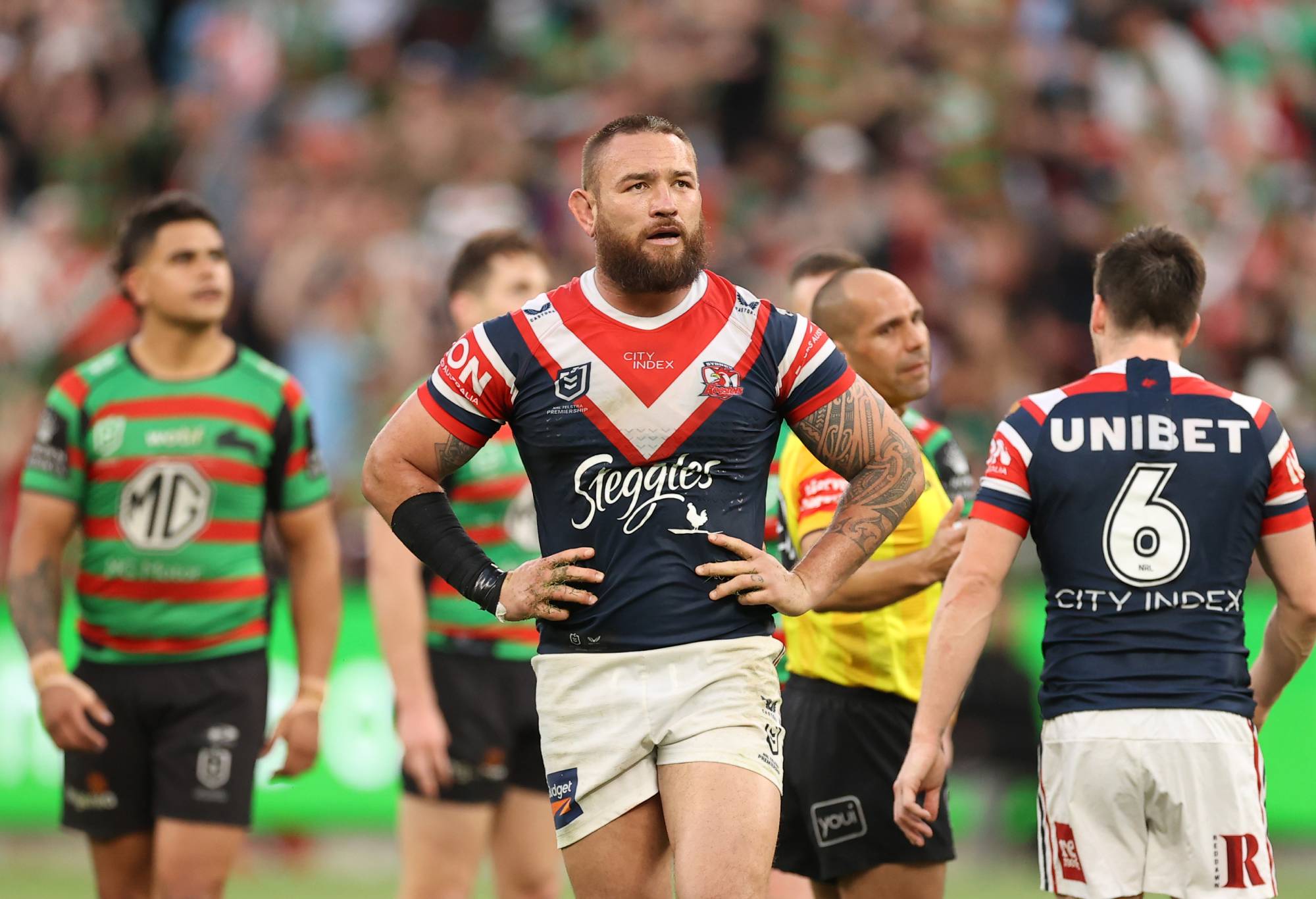 That’s what’s held up as the pinnacle of our game at club level? A mythical, century-plus-old rivalry that played out as crap combat sport with a ball confusingly throw in.

Yet they’ll schedule another round of the ‘oldest rivalry in rugby league’ for early in the season in 2023, and Nine will wheel out Phil Gould and Fox will get Dave from Mr Inbetween, and the pair of them will wax lyrical about how the upcoming game is just so much better than any other club game could ever hope to be, all while we watch footage of dangerous hits and sin binnings.

It’s not just me, right? You guys are sick of it too.

OK, you Bunnies fans can come back. Roosters fans, maybe you hold off for this week…

I’m chucking this in because it ruined one of the best parts of my week and just nowhere else seems to have reported it.

I’m an audio over TV guy – get most of my non-actual-game footy fix via podcasts, except on the weekend, when I tune into ABC Grandstand.

On Sunday afternoon, the team at Aunty teed up an interview with Brad Fittler, largely to get his recollections of his Roosters side beating the Warriors in the 2002 grand final.

I’d wheel out his footy career credentials but for this particular segment, all you need to know is that Fittler has been with Nine since 2010 – that makes him, by just about any metric, a seasoned media professional.

So where does ‘Freddy’ decide is the most appropriate place to conduct this over-the-phone interview? While in or next to (it’s not a visual medium, I can’t say which for sure) a piece of heavy machinery as he did work on his property.

His answers to the first couple of questions were all but inaudible over the hum and beeping, at which point host Andrew Moore politely mentioned the audio wasn’t the best.

Fittler seemingly stopped the machine and the interview continued… Until Freddy evidently decided he’d given enough intelligible responses and the machinery kicked back in.

I couldn’t believe it. After more than a decade working in the media, this guy reckons he can give an interview on a mobile phone while operating farm equipment? 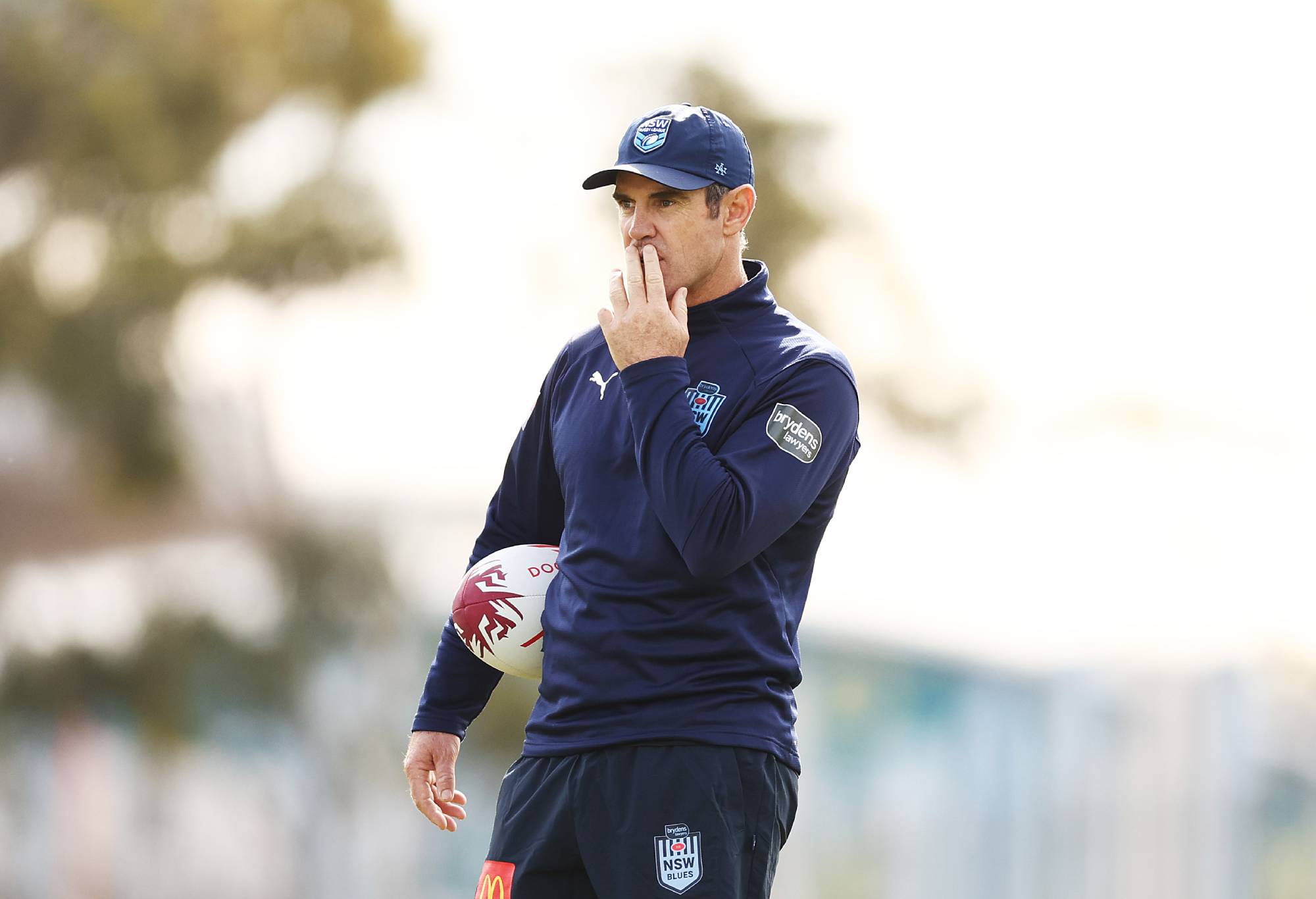 Moore once again politely made the observation that it was really quite difficult to understand what Fittler was saying, at which point the interviewee made it clear he was quite put out and called Moore a whinger.

Yes, I’m sure Fittler will say it was just a gee-up. It wasn’t.

You want to know the craziest part? Fittler was presenting live for Nine at the SFS less than an hour after all this went to air, so it was obviously a prerecorded interview with the ABC. He had all weekend to do this interview, but decided it couldn’t happen at any other time than when he was tearing down a tree (or something).

Again, this guy has 12 years on the air.

Now, I want to be clear that I have nothing to do with Grandstand beyond the fact my tax dollars help bring it to air.

As do Fittler’s. As do every Australian’s.

The ABC is one of our great institutions and for Fittler to show this lack of basic decency was poor form to not only the interviewer but also – and more to the point – the audience listening.

Had it all played out on a commercial station, I have no doubt we would have read about it on Monday morning with some wild, overblown headline. But the clickbait sites don’t listen to the ABC and ABC Grandstand – a show that produces segments the calibre of ‘Christopher’s Corner’ (IYKYK) – does not create clickbait.

Brad, we all have off days. We’ll chalk this one up as one of those.

But at the very least I want it on the record, in case it happens again. So here it is.

Hourly Amazon employees can get free tuition to NCCC