RPD officer killed, another injured after shooting on Bauman St. in Rochester 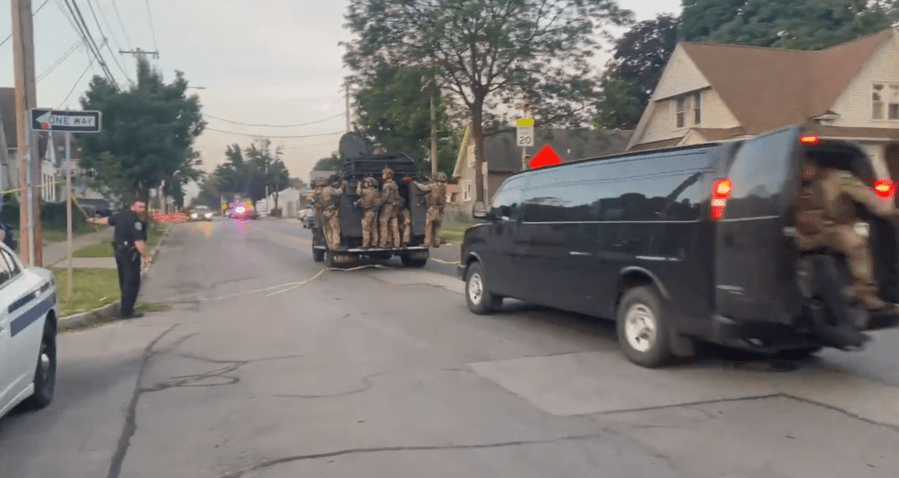 ROCHESTER, N.Y. (WROC) — Two Rochester police officers and a bystander were shot on Bauman Street in the City of Rochester Thursday night. One of the officers did not survive.

It happened shortly after 9:15 p.m. According to police, the two officers were patrolling when at least one male approached them and opened fire. Two officers and a nearby woman were hit.

Rochester Mayor Malik Evans said one of the officers was critically wounded. Sources later confirmed that the officer passed away.


‘I will use everything we have’: Evans declares gun violence emergency order

“Our police officers are out there sacrificing their lives for us every day,” Evans said. “They perform their jobs in dangerous conditions as we go about our daily lives and we owe them a great debt of gratitude. I pray for the comfort of the officers shot tonight, and for their families, friends, and all of their fellow first responders.”

The woman was hospitalized with what investigators said were non-life-threatening injuries.

“As the former Police Chief, my heart is hurting and I am thinking of the men and women of the RPD after learning that two former colleagues were shot during a detail on Bauman Street, killing one and injuring another. These brave heroes were doing their job protecting the citizens of our city and were viciously attacked by a coward who has no regard for human life. Our city is under siege, and we must stand with those who have sworn an oath to serve and protect us. Join me in praying for all the men and women of the Rochester Police Department and especially for the two heroes who knowingly put themselves in harm’s way in service to our city and its citizens.”

A press conference hosted by Rochester Police Chief David Smith and Mayor Evans is scheduled for Friday at 8 a.m. Investigators say no other information will be released until the event.

SWAT teams, members of Rochester police and state police have been searching areas adjacent to the scene of the shooting into early Friday morning.

At around 5:40 a.m., authorities were seen handcuffing a suspect on Joseph Avenue. It is unclear if the action was related to Thursday’s shooting. News 8 crew members on scene of the area say patrols have been going door-to-door across the morning hours in search of suspects.

Check back with News 8 WROC as we will continue to update this developing story.

Tonight, there were two Rochester Police officers shot; one is critically wounded. We are sending our strongest prayers that he survives his injuries.

The tragic gun violence in Rochester must come to an end. Today, we declared a gun violence emergency in our community and this shooting is proof that we are indeed, in an emergency.

Our police officers are out there sacrificing their lives for us every day. They perform their jobs in dangerous conditions as we go about our daily lives and we owe them a great debt of gratitude.

I pray for the comfort of the officers shot tonight, and for their families, friends, and all of their fellow first responders.

iPhone SE vs. Pixel 6a: It’s the ecosystem that matters most