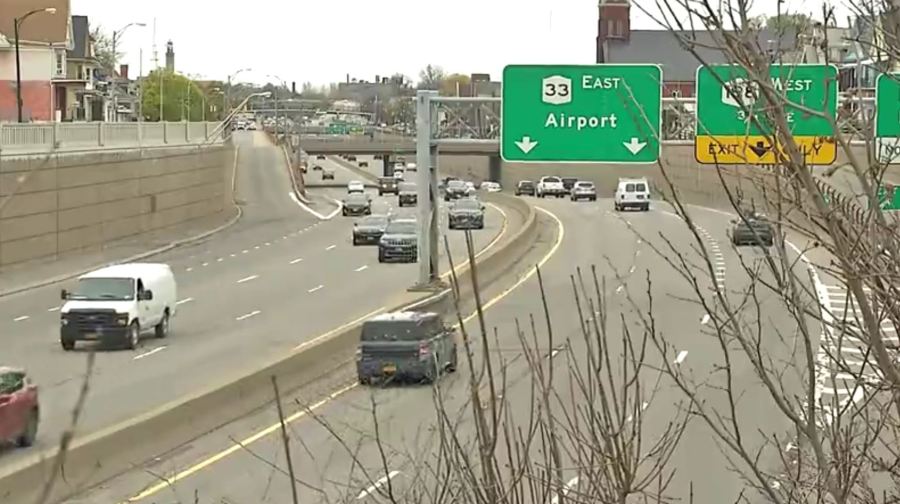 Gov. Kathy Hochul’s office has announced two new public scoping sessions for the Kensington Expressway project, which are set to take place this Thursday, June 30, at the Buffalo Museum of Science (1020 Humboldt Pkwy). The sessions will be from 11 a.m. to 2 p.m. and 5 p.m. to 8 p.m.

On Wednesday, New York State will launch a new website on the project.

“My administration is committed to delivering on bold infrastructure projects that will help right the wrongs of the past through transportation networks designed to bring communities together, and routes that are friendlier for pedestrians and bikers,” Hochul said.

The stretch of road being looked into goes from E. Ferry Street to Best Street, where about 80,000 cars travel each day.

“Too many highways, like the Kensington Expressway, have been built through low-income neighborhoods and communities of color, dividing cities and destroying priceless green space,” Sen. Charles Schumer said.

$1 billion from the New York State Department of Transportation’s (NYSDOT) five-year, $32.8 billion capital plan was designated for use in reconnecting Buffalo’s east and west neighborhoods. That capital plan was adopted as part of New York’s 2023 budget.

At each of the scoping sessions happening this Thursday, there will be informational panels on the options being considered. Project leaders from the NYSDOT will be there to answer questions and receive feedback, too.

“Redesigning and covering Route 33 is a unique opportunity to address the generational harm done by the Kensington Expressway, when it tore into the Martin Luther King and Hamlin Park neighborhoods,” Assembly Majority Leader Crystal Peoples-Stokes said. “These expressways have long severed and disrupted our communities and recreational spaces. Restoring these communities is a matter of racial justice, quality of life, environmental health, and community development.”

What Are The Pros And Cons Of Steel Frames? Find Out Here