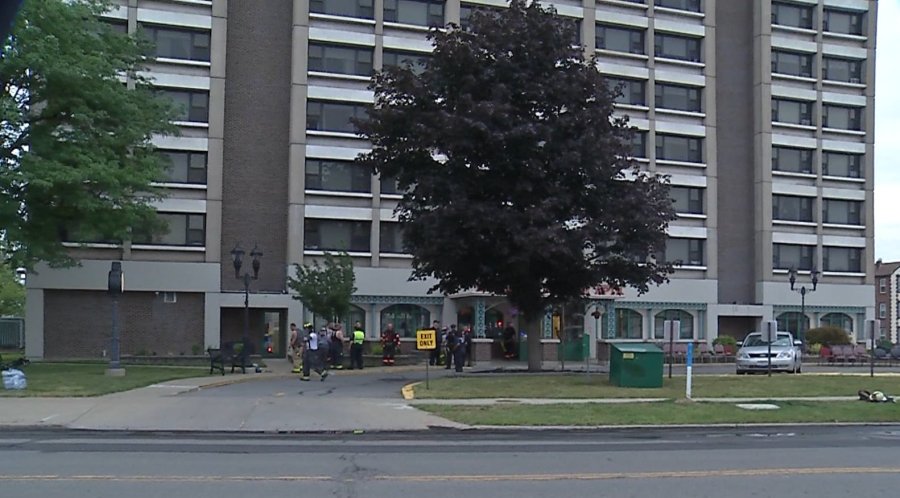 KENMORE, N.Y. (WIVB) — Nearly 100 seniors were evacuated Tuesday morning from the Kenmore Village Senior Apartments on the corner of Colvin Boulevard and Kenmore Avenue, after smoke entered the building. According to fire officials on scene, the smoke came from a dumpster fire in the area.

Buses took the residents to a nearby senior center, where The Red Cross is assisting around 70 of them. A Red Cross spokeswoman said they were feeding the residents and will be there to help them as long as they need it. She said the water was turned off in their building.

Michael Adamitis is a resident on the third floor, and said the fire alarm went off around 3:30 a.m.

“It was pretty orderly,” Adamitis said. “Some of the people on the higher floors, getting down was quite an obstacle.”

Colvin Boulevard at Kenmore Avenue was blocked for hours Tuesday morning, but has since reopened.

Officials said there were no injuries.