After announcing her impending retirement from the sport in a way only she can, Serena Williams has ensured that her farewell tournament will be extended by at least one more match.

Arthur Ashe Stadium was rocking on Monday night (Tuesday morning AEST) for the legendary American’s first-round match against Danka Kovinic, and the 40-year-old entertained the fans with a straight-sets win that lasted 99 minutes.

Williams broke early for a 2-0 lead in the first set but then coughed up three straight games to fall behind 2-3. From there she won the next four games without reply, breaking in the eighth game to claim the opening set 6-3.

A break in the fifth game of the second was enough for the American to claim the second set, also by 6-3, the result ensuring she will finish with a 21-0 record in first-round matches at Flushing Meadows, with only two sets lost.

Following the match the crowd of over 23,000 stood and cheered as Williams was honoured with a tribute celebrating a quarter-century-long career that includes 23 major singles titles, an Olympics singles gold medal, 319 weeks as the world’s top-ranked player and much more.

It also saw her clear the first of seven hurdles in her final attempt to equal the legendary Margaret Court on 24 grand slam singles titles, the 40-year-old’s haul of 23 having stalled since the 2017 Australian Open, which she won while two months pregnant.

She next faces what on paper shapes as a tough second-round clash against second seed Anett Kontaveit, who lost only three games as she dismissed Romanian Jaqueline Cristian in straight sets, 6-3, 6-0.

There were also wins for former French Open champion Barbora Krejcikova, 2019 champion Bianca Andreescu and Americans Madison Keys and Coco Gauff, who are now only one win away from facing each other in the third round.

Greek third seed Maria Sakkari exacted some revenge on Tatjana Maria for her third-round loss at Wimbledon last month, winning in three sets to advance to the second round.

Former junior champion Ana Konjuh was on the wrong end of a double-bagel defeat against Brazil’s Beatriz Haddad Maia, who next goes on to face Andreescu in the second round. 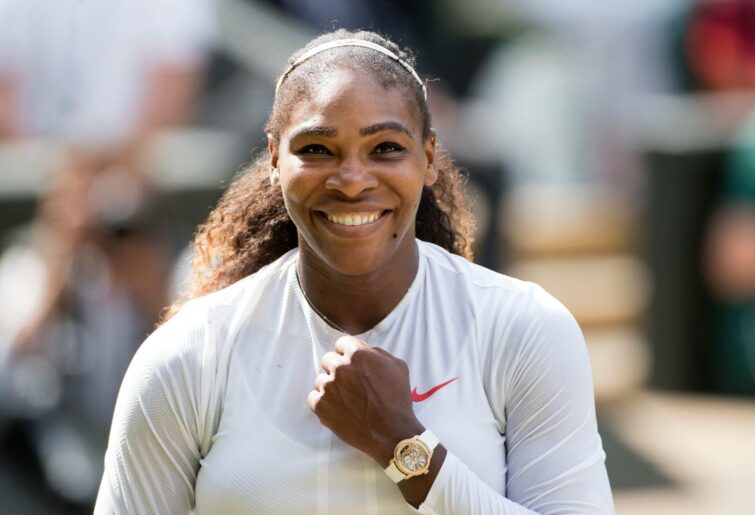 In the men’s draw, Nick Kyrgios won his All-Australian battle against his doubles partner and good friend Thanasi Kokkinakis in the match that followed Serena Williams’s opening match on Arthur Ashe Stadium.

The Canberran was at his typical ruthless best as he broke twice en route to a straightforward victory, this coming after his potential third-round opponent Roberto Bautista Agut suffered a shock defeat at the hands of American wildcard JJ Wolf.

Kyrgios said after the match that playing Kokkinakis was “a nightmare” and that he hoped he would never have to play the South Australian on the professional tour ever again. The good friends will begin their doubles campaign later this week.

His victory capped off a good day for the Australians, with Alex de Minaur and Ajla Tomljanovic also advancing to the second round, the latter defeating Karolina Muchova in straight sets and edging closer to a possible third-round showdown against Serena Williams.

Elsewhere, world No. 1 Daniil Medvedev got his title defence off to a good start, defeating Stefan Kozlov for the loss of just six games, including a flawless third set.

But the biggest casualty of the men’s draw came when Greek fourth seed Stefanos Tsitsipas suffered a shock four-set defeat at the hands of Colombian qualifier Daniel Elahi Galan, the result extending the Athens native’s dismal record in the Big Apple. 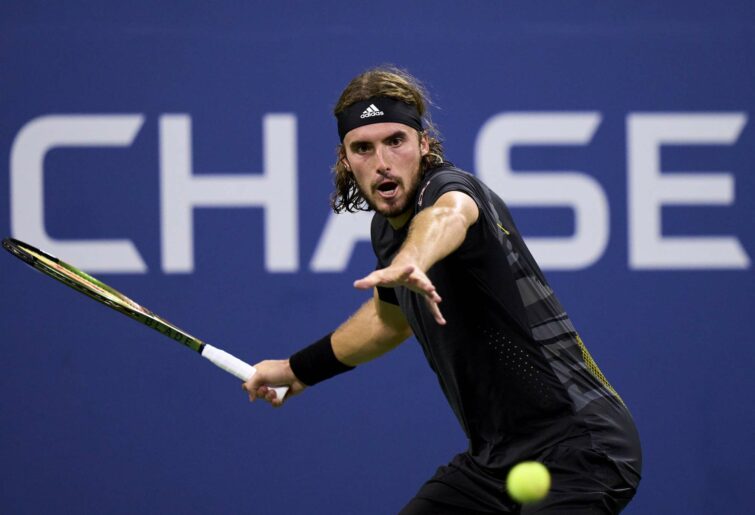 The 24-year-old found himself in a 6-0, 5-0 hole early on, but while he defiantly fought back to claim the third set 6-3 and then saved eight match points in the fourth, Galan would convert to claim the biggest victory of his career in his New York debut.

Australian Jordan Thompson has now been spared from having to face the Greek star at a second consecutive major, having lost to him at Wimbledon in straight sets last month, and can now set his sights on a career-best performance at a major.

The Sydneysider, for his part, had to come from two sets to love down to defeat Italian veteran Lorenzo Sonego, who suffered from cramping while facing match point and had to be assisted off the court by his father and Thompson.

The bottom half of the men’s draw and top half of the women’s draw get their US Open campaigns underway this morning (AEST), with Venus Williams, Rafael Nadal and Naomi Osaka headlining action on Arthur Ashe Stadium.

Carlos Alcaraz won his match against Sebastian Baez in a walkover, while women’s world No. 1 Iga Swiatek took down Jasmine Paolini in straight seats already this morning.

Williams is next up against Belgian Alison van Uytvanck. Nadal and Osaka then headline the evening session, with both starting hot favourites against Rinky Hijikata and Danielle Collins in their respective first-round matches.

Also in action on Day 2 ais defending champion Emma Raducanu, who is first up in the evening session on Louis Armstrong Stadium.

The 2014 men’s champion, Marin Cilic, and women’s 24th seed Amanda Anisimova feature on the Grandstand, while former major champions Victoria Azarenka and and perennial contender Paula Badosa is on the outside courts.

Matches to watch on Day 2

Solana DEX OptiFi Accidentally Shuts Itself Down, Locks Up $661,000

What Reece Hodge did that makes him undroppable at 15