Wallabies prop Scott Sio was set for talks with Western Force officials in Perth this week as the club considers an offer to sign him on a one-year deal.

The West Australian newspaper reported the Force’s interest and said any deal would depend on the salary cap and whether Sio would receive a Wallabies top-up payment.

Sio has announced he is leaving the Brumbies after 11 seasons and told a Wallabies media conference that his next move was “still a secret.”

“I’ve been getting a lot of flak from the boys telling me I’d look good in different colours and different teams,” he said.

“It’s part of my evoltuion as a player. Where can I keep growing and test myself in a new environment? Playing for higher honors is always a driver.”

A move overseas could prove more lucrative but severely limit his chances of playing at next year’s World Cup.

Wallabies coach Dave Rennie praised Sio as the player who had most changed his mind around selection over the course of the Wallabies camp.

“The guy who has really impressed me is Scott Sio. We left him home at the end of year tour. He had a really good off-season. He’s played very well for the Brumbies and probably in the best nick he’s been in a lot of years.

“It’s great to see him back in the group and also in the 23 this weekend.” 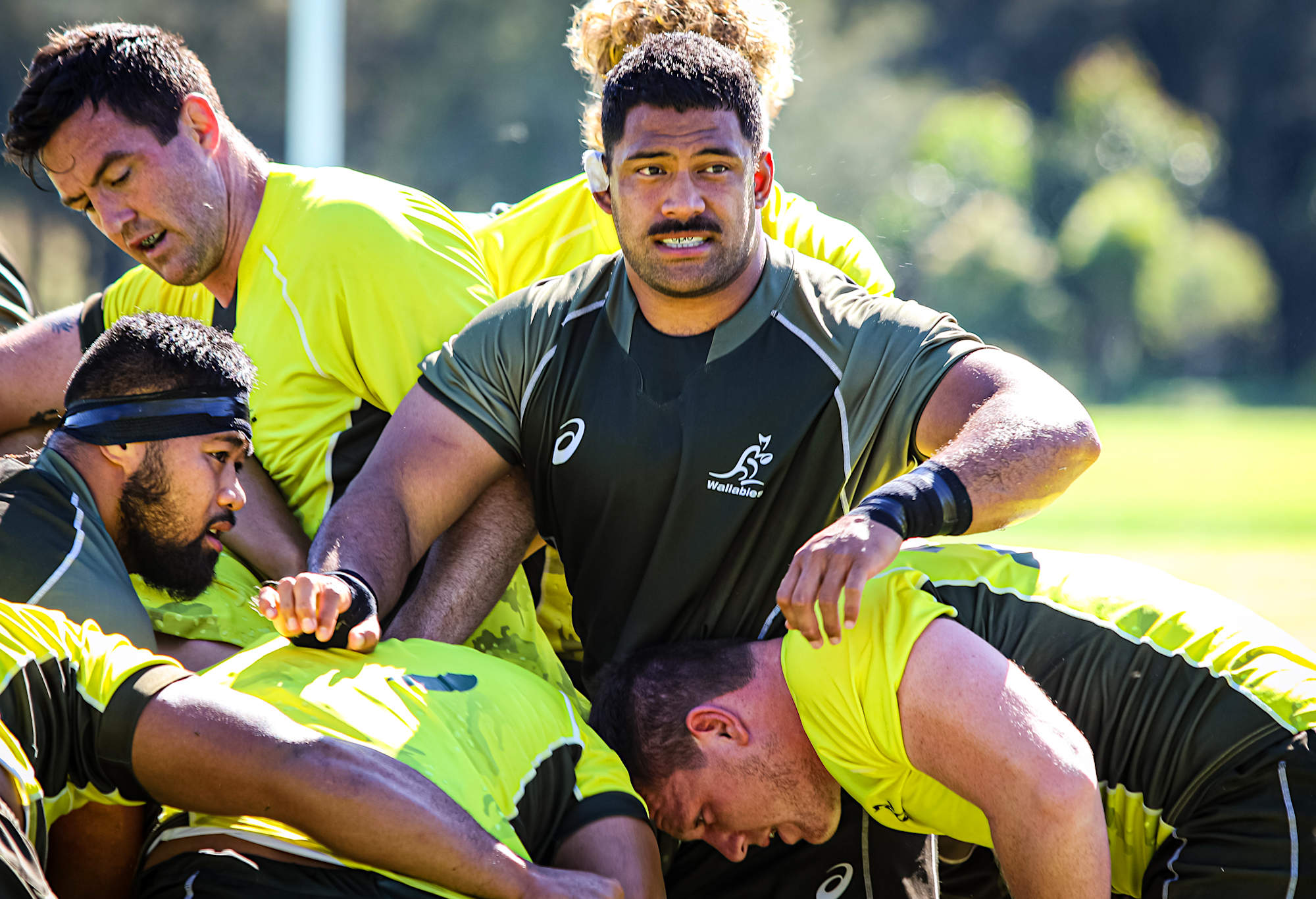 ‘I know the threat they’ll bring’

New Wallabies hooker Dave Porecki says he can’t rely on his years of toil in English rugby to give him an upper hand when he makes his Test debut in Perth.

Porecki and 33-year-old Cadeyrn Neville are the two new faces as the Australians look to end seven years of dominance by England in the three-Test series beginning on Saturday.

Neville was first included in a Wallabies training squad way back in 2012 – the same year skipper Michael Hooper, who has now played 118 Tests, made his debut.

The towering Brumbies lock has spent time at three Australian Super Rugby clubs as well as a stint in Japan before finally breaking into Australia’s match-day 23 this week.

Porecki, 29, has also taken the scenic journey, leaving the NSW Waratahs after one game in 2015 before signing back on with them in 2020 to become their first-choice No.2.

He spent the interim playing for Saracens and London Irish in England, intent on improving his set piece play, something which captured the eye of Wallabies coach Dave Rennie.

But Porecki says he can’t rely on that UK club rugby experience for any kind of edge when he fronts up against a powerhouse England pack who will go out of their way to test the rookie’s game.

“I don’t think that said any competitive advantage or it should make me any more comfortable,” Porecki said on Thursday.

“A lot of the boys that I’m scrumming with have faced the same lads on an international stage and I haven’t.

“I know a couple of the England players from seven years ago when I played with them at Saracens but I’ve developed and I’m sure they’ve developed as well.

“I know the sort of threat that they’ll bring.”

Porecki felt being an older debutant could work in favour of both he and Neville, who was a former elite rower and only took up rugby as a 20-year-old.

It meant they wouldn’t be overawed by the long-awaited occasion.

“Maybe just around nerves … you know what sort of works for you leading into games and you don’t tend to get overwhelmed,” he said.

“We’ve had a short preparation leading into England but a lot of the work’s been done throughout the Super season and to get selected you’ve obviously done something right.

“Why change that just because you’re playing for the Wallabies? You’ve got to keep doing what you’re doing, what brought you here, and you’re have some confidence in that.”

Culture Secretary Nadine Dorries told an audience in the rugby league heartland of St Helens about her enthusiamsm for the game by using Jonny Wilkinson’s 2003 World Cup final drop goal as an example.

“I’ve always quite liked the idea of rugby league. My long-standing memory is that 2003 drop goal,” she said. “I’ll let you into a secret. I think we were drinking Bloody Marys at the time. It was 11 o’clock in the morning but wow what a moment that was.”

Her comments came at the launch of a report into the social impact made by the 2021 Rugby League World Cup being held in England in October and November.

“She gets a chance to see us as we really are and good on her for coming up.”

“Like Jason Robinson I may have switched codes in my speech… Both league & union have a rich heritage in the UK.

“Obviously I’ve followed rugby league much less in my lifetime, but I’m looking forward to watching England (& all the home nations) in the RL World Cup this Autumn.”

New Zealand Rugby has admitted an error was made when Jeremy Loughman was allowed to return to play after suffering a head knock against Maori All Blacks midweek.

Loughman stumbled and needed to be helped off the field after carrying the ball into contact in the second minute of Ireland”s loss.

He was, incredibly, allowed to return to the field after a HIA but was replaced at halftime. World Rugby regulations state that players who suffer an obvious concussion should be immediately removed from the game and observe a 12-day stand-down period.

“New Zealand Rugby has conducted a review of the HIA process during the Māori All Blacks match against Ireland at FMG Stadium Waikato in Hamilton on Wednesday 29 June,” NZR medical manager Karen Rasmussen said in a statement.

“As a result of this review NZR believes Ireland prop Jeremy Loughman should not have been allowed back on to the field during the first half.

“While NZR stands by the HIA processes in place and is satisfied that player welfare is the number one priority for medical staff at the match, we have identified a gap in communications, which meant critical video evidence was not fully accounted for as part of the Head Injury Assessment (HIA) process undertaken by the independent match day medical team.”

Charles Ollivon will captain France against Japan as he continues his return to the international stage, while uncapped lock Thomas Jolmes and flanker Yoan Tanga will make their debuts at the Toyota Stadium on Saturday.

Back row forward Ollivon spent the best part of a year on the sidelines after tearing his anterior cruciate ligament at the end of last season.

The 29-year-old returned to club action during the Six Nations and earlier this month led the Barbarians in their 52-21 rout of England.

Antoine Dupont led France to a Six Nations Grand Slam in March but Ollivon will resume his role with the scrumhalf among a host of first-choice players rested by coach Fabien Galthie.

Damian Penaud, Melvyn Jaminet and Yoram Moefana retain their places from the Six Nations squad, while Bordeaux pair Matthieu Jalibert and Maxime Lucu will team up for Les Bleus for the first time.

France have never lost to Japan but drew 23-23 with the Brave Blossoms when the teams last met in 2017.