Some legs are starting to get real heavy

NRL 2022’s penultimate round laid the table for an intriguing final week of the home-and-away season. Here’s your talking points.

The best worst game of the season?

What a game in Melbourne on Friday night as the Roosters took the home team apart early then held on for grim life. To be quite honest it was a miracle the Storm got as close as the 18-14 final result, starved of possession and outdone in basically every statistic that matters.

It had plenty. Aggro, sporadic bursts of high-quality play, many, many disastrous errors, an unbelievable game-winning, try-saving tackle from James Tedesco and Nat Butcher to stop Kenny Bromwich but let’s be brutally honest – if it was Manly versus the Gold Coast, you probably wouldn’t have said the game reached any great heights.

We also had Jared Waerea-Hargreaves sin-binned for (only) the fifth time in his career, as he and Storm prop Nelson Asofa-Solomona waged war on each other in the opening half.

NAS is now up around $11,000 in fines without being suspended in season 2022 for attacking the head of his opponents.

But the Roosters left a few bodies on the road to victory. Winger Daniel Tupou left early with a groin issue and is out for 1-2 games, prop Lindsay Collins faces four weeks for a hip drop tackle which sent Tom Eisenhuth from the field and backorder Victor Radley got a tackle horribly wrong and was knocked cold, convulsing on the field in the immediate aftermath but thankfully was able to return on to the field post-game.

The Chooks can finish anywhere from fifth to seventh and might end up back in Melbourne for an eliminator. After seven straight wins, they’ll be praying for fortune this week.

As for the Storm, they hung tough and gave themselves the chance to win but so many uncharacteristic errors and a completely unnecessary, coach killer 77th-minute holding penalty by Cameron Munster gave the game away.

The door to the top four is wide open for Parramatta

Parramatta needed Melbourne to lose and to beat Brisbane themselves. The Roosters did their part and the Eels were emphatic fulfilling theirs.

A complete and utter 53-6 drubbing of a cooked Broncos leaves the Eels with a home game against Melbourne, who are coming off that smash mouth 80 minutes against the Roosters.

After so many peaks and troughs, the Eels can steal a double chance and from there anything is possible. They’ve beaten Penrith twice and Melbourne, but they’ve also been beaten by South Sydney, North Queensland, the Roosters and Cronulla (in Round 2, but a loss is a loss).

North Queensland’s 20-10 loss to South Sydney may’ve been a sign of a team just starting to run out of legs, but here’s a selection of post-game quotes where coach Todd Payten was in no doubt about why his team fell short:

“The game went for two hours tonight, I was very confused about some of the HIAs at the back end.”

“There was one in the first half where Jason actually hit Tatola through the ribs and there was a HIA. That is bending the rules at best.”

“I’m unsure, I’d like to get another look at it, but like from our point of view Campbell Graham didn’t come off for a HIA, so I’m not sure if he got hit in the head or not. That’s the part that I’m confused about.” 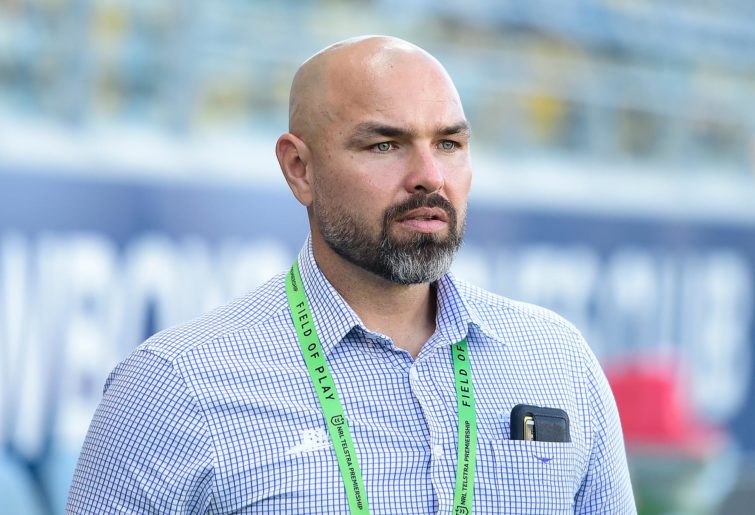 Payten was upset about alleged gamesmanship by the Bunnies and his South Sydney counterpart Jason Demetriou responded: “I think he has a bit of a habit about complaining about stuff.”

Some fun and games ahead of the finals, but I guess the real issue of Rabbitohs centre Campbell Graham not going for an HIA after being hit high by Coen Hess (who got offered a week’s suspension) will have to be filed away under the ‘NRL isn’t serious about head injuries’ category.

Things fall into place for Canberra

Hitting 40 points for the first time since 2019, Canberra walked through Manly 48-6 against a side who quit a month ago. With Brisbane in free fall the Green Machine are the favourites to take the last spot in the finals, even if chances are they only extend their season by one week.

Penrith have already hinted they’ll be resting a few for their trip to Townsville, while Cronulla all but have their hands on second. Who’s going to give their stars and key role players a rest leading into a draining finals series?

Cronulla may sit a few key players like Nicho Hynes against Newcastle, or at least take them out as soon as the game is in hand. Canberra might even be able to take the mickey a bit and rest a couple if Brisbane can’t beat the Dragons.

It’s not a big deal for teams to rest players or sit them for a half or so, and with meaningful games on the horizon any edge is useful.

– Remember when I said nothing Penrith does matters until the finals? That stays true. They welcomed back even more key players and strolled past New Zealand 46-12. They’re building nicely.

– You feel for Wests Tigers’ Junior Pauga, who made a key error off a short dropout to gift St George-Illawarra the ball, and for Asu Kepaoa, who gave away the game-deciding penalty in a 24-22 Dragons win. You’d hope these things only need to happen once to sink in.

– Brisbane’s NRLW team lost 28-8 to the Roosters, their second loss from two games. Before this NRLW season started, they’d lost three games since 2018.

– Other NRLW results: Dragons 16-10 over Parramatta, and Newcastle 16-12 over the Titans in a beauty.

The final round of the season! For half the comp it’s sweet sweet merciful release, for the rest it’s more shoulder jostling ahead of the ‘real’ season.

We begin Thursday with the battle for fourth place – a smacked and battered Melbourne face a completely bruise-free Parramatta for the double chance.

Friday is the Bulldogs and Sea Eagles’ last chance to leave a good impression, then the bottler between the Roosters and Rabbitohs will open Allianz Stadium (AKA the new Sydney Football Stadium).

Saturday’s games aren’t really thrilling but a couple still count. New Zealand finish their year at home against the hapless yet high scoring Titans, Brisbane head to Kogarah needing to win to salvage their finals hopes and Penrith head to the far North in what might be a borderline NSW/QLD Cup matchup, depending on who gets rested.

Sunday is the Sharks and Knights, and the regular season wraps at Leichhardt Oval with the Tigers and Raiders.

What did you make of Round 24, Roarers?

When it comes to football, not all pitches are equal