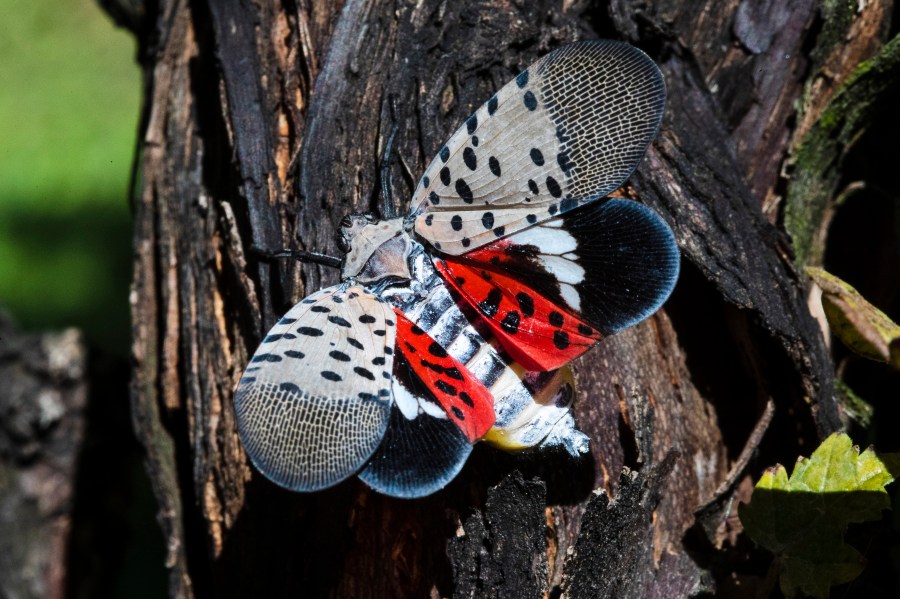 ALBANY, N.Y. (WIVB) — The spotted lanternfly recently seen in West Seneca is believed to have been a hitchhiker from last year, according to Christopher Logue, the director of the New York State Department of Agriculture and Markets’ Division of Plant Industry.

After this invasive species of bug was spotted in western New York about a month ago, a search was conducted in order to find out if there was a population of them here. The search turned up no nymphs, leading the state to its conclusion that it probably latched onto something, like a vehicle, in order to get here. Officials hope it was an isolated incident.

The spotted lanternfly, which is known to cause damage to crops, is a planthopper from Asia. Logue says it feeds on more than 70 different plant species.

With its piercing, sucking mouth part, the spotted lanternfly can cause direct feeding damage, which in particular, has been seen on grapes. Logue says this could have an economic impact on the state’s grape and wine industries.

And the direct feeding damage is not the only concern.

Ever since it was first found in the U.S. in Pennsylvania in 2014, the spotted lanternfly has since been seen in multiple states. Others in the northeast, besides New York, include New Jersey and Delaware. Current infestation locations in the northeast can be found at this link.

If this bug is seen in New York City, it should be killed immediately. But outside of that region, the Department of Agriculture and Markets lists these steps:

Travelers are being asked to inspect their vehicles, in order to make sure the spotted lanternfly is not coming with them.

To see the full conference with Logue, watch the video above.