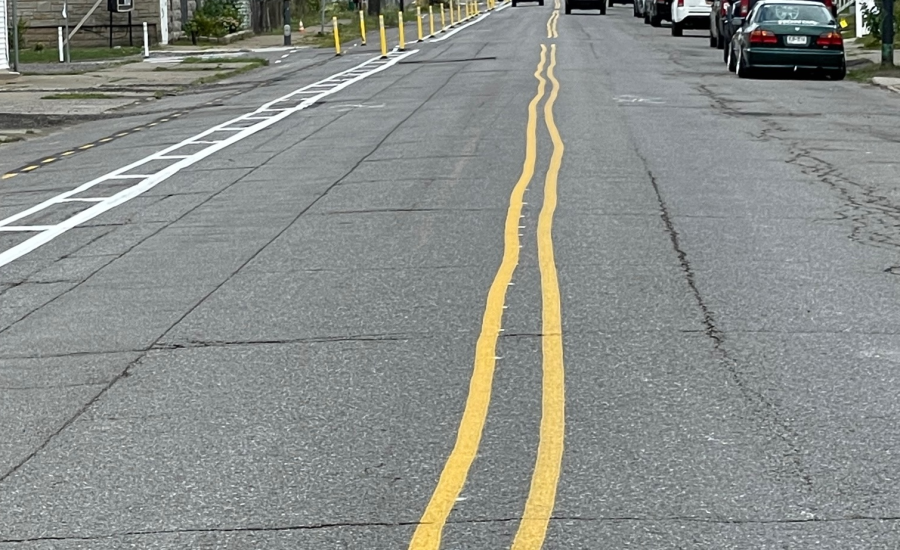 BUFFALO, N.Y. (WIVB) — The squiggly road lines on Forest Avenue in Buffalo that got quite a bit of reaction from this social media post are just temporary, according to the Communications Director for GObike Buffalo, Kevin Heffernan

GObike Buffalo received grants to help the City of Buffalo figure out if bike lanes are a good idea for certain roads in the city, including Forest Avenue. They added the bike lanes, but the road didn’t have any center lane lines, so it was confusing to drivers, Heffernan said. So, they added the middle lane as quickly as possible in order to help drivers out.

All they had at the time was a single sprayer, instead of one that can do two lines at once. Heffernan said the road is also in terrible shape, which made it difficult to do quickly.

The good news: New lines will be painted this week or early next week, depending on the weather. But those will be temporary too.

Data will be collected on Forest Avenue until November, to see if the bike lanes are a positive on the street. GObike will be measuring the usage of the road from now until November, including cyclists, pedestrians and cars. They’ll also survey people who are out on the road. All of that information will go into a report, which the city will use to decide what to do permanently with the street. Neighbors and the community will also get a look at that data.

A mini speedbump will also be installed between the bike lane and the road, to deter drivers from driving into that lane. That will also be temporary, through November.

Heffernan said Buffalo’s Department of Public Works, Parks & Streets (DPW) will repave the road permanently next year, depending on the data and community feedback.

Patrick Dangerfield and the two months that can silence every doubter