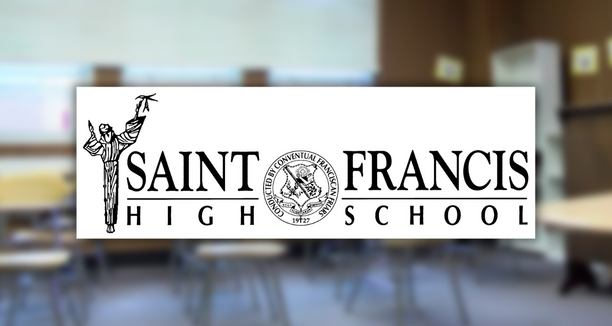 HAMBURG, N.Y. (WIVB) — The principal of St. Francis High School in Hamburg has been suspended from his post, according to an email the school sent to parents Tuesday. He’s under investigation for an accusation of “non-physical inappropriate behavior.”

Principal of the Catholic school Br. Michael Duffy was suspended from public ministry while a “lay professional” investigates the accusation against Duffy. The investigation is just getting underway, according to Fr. Matthew J. Foley, president, St. Francis High School.

Duffy was appointed principal of the high school in July 2021. He previously served as associate professor and associate dean of the Elms College School of Nursing in Chicopee, Mass.

Former Dean of Students John Zygaj will return to St. Francis to serve as interim principal.

“Our first concern is always focused on the pastoral care of those we serve who may have been abused by Friars or former Friars while continuing our mission of rebuilding the Catholic Church,” Fr. Foley said. “We urge anyone who has knowledge of any abuse to come forward, and to report it immediately to law enforcement.”

Those who have information about any inappropriate behavior of a Franciscan Friar Conventual of Our Lady of Angels Province are asked to contact Father Gary Johnson, OFM Conv., special delegate for child protection, at vicar3@olaprovince.org.

The contenders flex their muscles