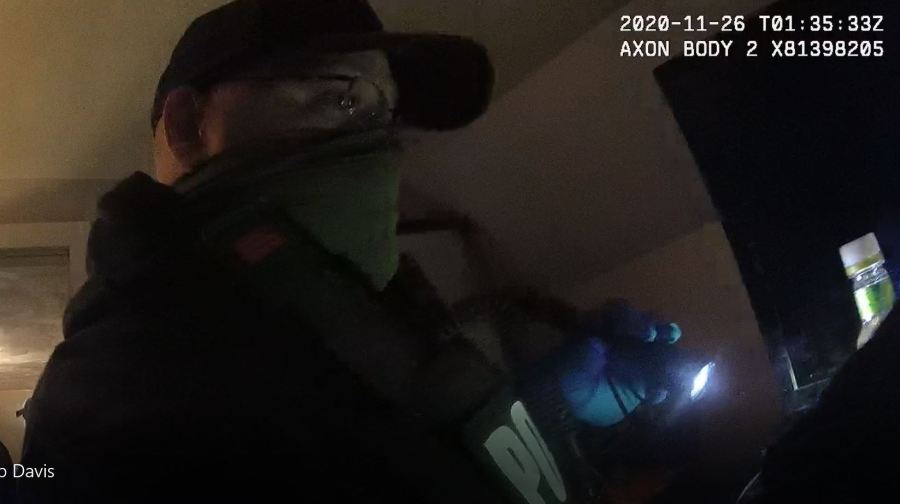 Editor’s Note: You can see the body cam footage referenced in this story and hear more from attorneys tonight on News 4 at 6.

Sharp detective work by two attorneys has a state parole officer under investigation for allegations that he planted evidence and falsified a supporting deposition used to charge a Buffalo man with drug and gun crimes.

The discovery by Sean Kelly the day before last month’s jury trial was a once-in-a-lifetime Perry Mason-type moment that led to him and co-counsel Nick Texido pulling an all-nighter to rework their entire case.

Their client, Anthony Davis, was charged with violating his parole when Buffalo police and state Parole Officer Eliezer Rosario alleged in November 2020 that they found vials of drugs in his rooming-house bedroom, a gun in a trash can in a communal area, and a .22 caliber bullet on his TV stand.

Buffalo Police were called to assist, and they charged Davis with gun and drug possession.

More than a year passed, and Kelly said Davis was exploring the idea of taking a plea deal instead of risking being sentenced to a lengthy prison sentence.

“Even if you’re in a situation where you feel that you’re innocent, it might be something that you think about because you’re afraid that you’re going to get double digits on years in prison,” Kelly said. “And when it appears as though the evidence is stacked up against you, until we find this one-in-a-million, needle in a haystack, ‘Where’s Waldo’ situation.”

The incident was caught on a Buffalo Police officer’s body camera, which News 4 Investigates obtained, along with transcripts of the jury trial.

The camera footage appears to show Rosario placing Davis’s prison ID badge next to the .22 caliber bullet on the TV stand. The moment is not even a second long, captured on a few frames of the video.

“How about that,” Rosario said on the video, “ID with a gun; ID with the bullet.”

Kelly said that a few days before the jury trial in Erie County Supreme Court, he met with Davis, who indicated to him that “something was off.”

That prompted the two attorneys to pore through the evidence again, and Kelly watched the body cam footage over and over and over with the volume turned up on his speakers.

He rewound the video. Then, in the bottom of the video he saw Rosario had dropped Davis’s ID badge next to the bullet.

“And because parole didn’t have body cameras, we didn’t have actual footage from himself doing these actions,” Kelly said. “But thank God Buffalo police had their body cams rolling.”

State parole officers, along with a host of small and large law enforcement agencies across the state, still do not wear body cameras.

Texido said at about 7 p.m. the night before the jury trial, he got a call from Kelly, who told him about what he had just discovered.

“I immediately went to the footage, and it took me five to 10 times watching it to see it even when he told me where the time stamp was,” Texido said. “But once I found it, then I stayed up all night reworking everything we were doing for the trial because it changed everything.”

In addition to the body cam video, the attorneys through discovery also had two pictures of the TV stand that Rosario had taken. Oddly, one picture was of just the bullet; the other picture was of the bullet next to the ID.

“Now, I think the prosecution had some idea that something was amiss because they did not enter into evidence the photo with the ID. We did,” Texido said. “Because we wanted to show the contrast, and to further show that it was the [parole] officer who put it there.”

In addition, Rosario, who was hired by the state in July 2018, wrote on the supporting deposition that, “Next to the round was his NYSDOCCS identification card.”

Below the deposition is a notice: “False statements made herein are punishable as a Class A Misdemeanor…”

This evidence, along with the body-cam footage, resulted in some intense cross examination with a testy Rosario.

Texido: “And then you signed it, right”

Rosario: “The bullet was found. That’s not a lie.”

Texido: “Okay. It was a lie that the bullet was right next to his New York State DOCCS identification card, right? Yes?”

During the cross examination, Rosario also said he did not know that a Buffalo police officer had his body camera on during the room search.

Texido: “Okay. But since you thought it wasn’t being recorded, you planted evidence next to the bullet, right? Let’s call it what it is; is that what you did?”

Texido: “And then you swore in documents that you found the ID there, right?”

The judge called for a break for lunch and when both sides returned to the courtroom, the Erie County District Attorney’s Office called for a dismissal of the charges against Davis.

A spokeswoman for District Attorney John Flynn told News 4 Investigates that the evidence was forwarded to State Police for an investigation of Rosario’s actions, and Flynn requested that a special prosecutor be appointed.

A spokeswoman for the Department of Corrections and Community Supervision told News 4 Investigates that, “Based off of the allegations of Parole Officer Rosario’s misconduct, the Department’s Office of Special Investigations Internal Affairs Division immediately commenced an investigation and has since been placed on administrative leave, pending the investigation.”

The investigation will examine not only these allegations but there will also be an attempt “to identify any potential previous malfeasance or misfeasance,” she said.

Contacted at his Tonawanda residence Monday, Rosario said, “I can’t make a statement right now” before disconnecting the call.

Earlier this month, the Assigned Counsel Program in Erie County sent out a panel alert urging attorneys defending parole clients to check their files for any cases that involved Rosario and to use the transcript to their clients’ advantage. In addition, the alert urged attorneys to always review body camera footage as early and as often as possible because, “you never know when you’ll find a hidden gem on the police body worn camera or elsewhere!”

Both Kelly and Texido said this case underscores the importance of body cameras.

“My biggest takeaway from this case is that all law enforcement should be wearing body cameras,” Texido said.

Gas Slips Under $4/Gallon in Some States