Step by step, the community is helping those with Kidney Disease 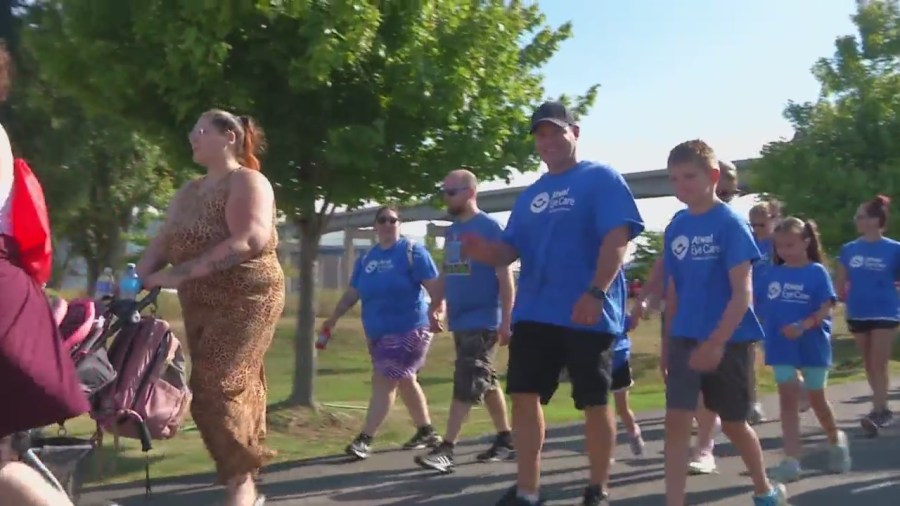 BUFFALO, N.Y. (WIVB) — On Sunday, hundreds of people put one foot in front of the other, building awareness for those with kidney disease.

“All of it is to build community among people with kidney disease, show people that they’re not fighting this alone because kidney disease is often invisible so it’s great to be able to bring people together and really raise that awareness,” said Jeremy Morock, Director of the Kidney Foundation of Western New York.

Each year, the Kidney Foundation of Western New York holds a 5K race early in the morning, and a Fun Walk for people with kidney disease, family members, medical professionals and community members to want to share support and awareness.

“About 1 in 7 people is estimated to be effected by chronic kidney disease, and that’s just an estimate because a lot of people have kidney health issues and aren’t aware of them,” said Morock. “I think the togetherness part is really important because it is a struggle, and it’s a struggle that people don’t necessarily see when you’re dealing with kidney health issues and so this shows the support of the community, it shows that there are people who care about this and who are dealing with these same struggles and who can share information as well.”

This year, the not-for-profit foundation raised over $51,000 of their $75,000 goal, and over 300 people came out to Buffalo’s Outer Harbor to support the event. Everyone came out with their own reason of why it’s important to them to support.

“The reason we are here walking today is in memory of my wife, who passed away in March from a very rare disease,” said Jeffery Griffin of Dunkirk. His wife, Margaret, passed away from a disease called Calciphylaxis, this past year. He says the disease is so rare, that only one doctor in the country is studying it to find a cure. Griffin, and his friends from all over, walked in his wife’s honor, and to teach others about the disease.

For others, the walk was a celebration.

For kidney recipient, Pierce Rufat, not only was it his third birthday, the walk took place on his first birthday after receiving a kidney from his donor — his dad. They walked over the finish line, together.

“You realize there’s such an amazing group of people that are fighting though this kidney disease, and they’re all warriors,” said Pierce’s dad, Izzy Rufat. “We want to be there just to advocate, raise awareness and help where we can.”

And for others, they wanted to be there to offer what the newest members of the community need the most.

“I always participate as much as I can for this event because I think it gives other people hope,” said Linda Snyder, who received her kidney transplant eight years ago and has been volunteering with the foundation since. “People need hope, especially folks that are in the process of possibly being diagnosed and that they are in kidney failure that they may have to go on dialysis and people that are waiting for transplants, it’s critical.”

For more information on the Kidney Foundation of Western New York, and how to help, head to their website here or call 716-529-4390.

Founder of Mercy Flight passes away