Results went basically as expected, but it was off the field where we got our surprises in NRL Round 21. Here’s your talking points.

Cards on the table here – I love Ricky Stuart. I love how passionate he is for his club and how he’ll man the barricades for his players.

But he’s a divisive figure. Haters hate him with a furious, almost irrational passion, and his friends and loyal fans will forgive him his foibles and follow him to the end.

Stuart well and truly overstepped the line on Saturday night. There’s no defence for his ‘weak-gutted dog person’ abuse of Penrith’s Jaeman Salmon.

Stuart is a coach, Salmon a player. There’s a huge power imbalance and no matter how angry a coach is about an on-field incident, there’s no way it’s appropriate to speak like that (in public, anyway).

Stuart was already frustrated after seeing his team comprehensively fail the reigning premiers’ full audit of its capabilities and as he said himself in an apology on Sunday, he let his emotions get the better of him. 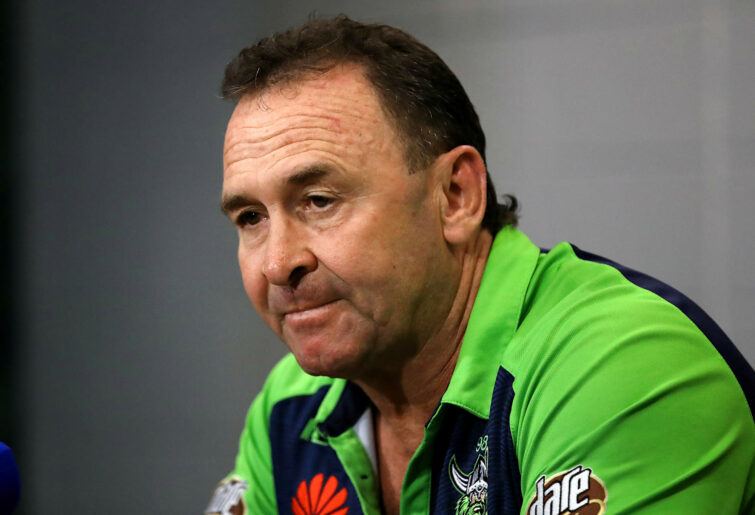 But you’re the head coach of a team in one of Australia’s biggest sporting leagues and you have to be much, much better than to take that low road.

Just feed the post-match media chooks with yeah-nahs, ref blaming and how the bounce of the ball didn’t go your way, then go rage privately wherever you want.

So, to discipline, then. There will surely be a fine, maybe even a suspension. Some around Penrith are talking litigious talk but I don’t think it’ll get to that.

Canberra isn’t going to sack him, as some of the more extreme haters are hoping for.

What’s your call, Roarers? Cash, weeks, prison, something else? Or are you on the ‘storm in a teacup’ side of the fence?

Can you set aside your immediate reaction to Stuart and have a clear-eyed look?

I know I’ve been on about this for years, but every week we get more reasons to doubt just how committed the NRL is to enforcing consequences for bad actions.

St George Illawarra’s Tariq Sims was sin-binned, not sent off, for a high tackle which sent Cronulla’s Connor Tracy from the field in a medicab. That tackle was deemed worthy of a four-week suspension with an early guilty plea.

Then we have the obligatory fines rather than suspensions for Raiders prop Joe Tapine, $3000 for his second offence after a bad crusher tackle on Fisher-Harris, and the now-infamous Jaeman Salmon fined just $1000 for kicking an opponent – sorry – ‘contrary conduct’.

Just adjust the rules and have it like the AFL with no send-off rule, where you can get reported but are free to play the rest of the game no matter what you did.

Many questions were asked of Parramatta after news broke that halfback Mitch Moses was out for a spell. In stepped 19-year-old Arthur to partner Dylan Brown in the halves, and he did his job well.

With Parramatta in the trenches against the desperate Sea Eagles, Arthur laid on two tries – first for a magnificent Waqa Blake finish to get his side back on track, then the backbreaking try for Will Penisini in the 68th minute.

It was good to see the young fella do well and like Brown said post-game, he made more than a few people eat their words after they booed Arthur just a fortnight ago.

Can the Roosters make the top four?

They’re currently in seventh with 24 points and a point differential of plus-107. Is it too spicy a take to say Trent Robinson’s men can make up two games’ distance and take Melbourne’s double chance?

They’ve won four on the bounce and they’re definitely good enough to make something of a final month consisting the Cowboys at home, Wests Tigers, Melbourne away then South Sydney at the new Allianz Stadium.

The Storm have Penrith, Brisbane away, the Roosters then Parramatta away. It’s a brutal run, and pile on an injury to halfback Jahrome Hughes, and who knows?

Yeah, it’s an outside chance and will likely be done and dusted before next round is over, but right now it’s not completely impossible… 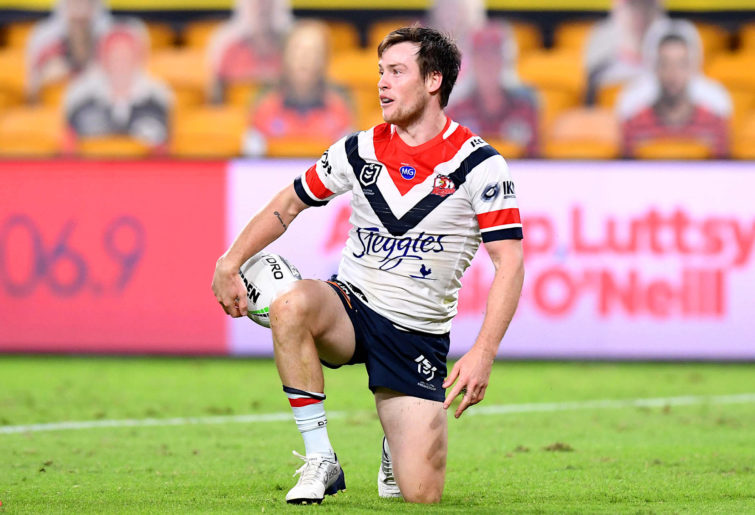 – The ‘high-ranking Canberra Raiders official’ who called Penrith ‘arrogant’ and said the Raiders were going to ‘ambush’ them should pull their head in from now on. What a stupid thing to do.

– South Sydney truly are a different beast with Latrell Mitchell. They could do anything if he stays fit.

– Dylan Edwards was magnificent at fullback for Penrith in their decisive 26-6 win in Canberra. Twitter types almost had to admit he’s a good player. Almost.

– It was a good weekend for maligned fullbacks because Eels custodian Clint Gutherson was great as well.

– Tigers could have used Jackson Hastings in the dying moments of their 10-14 loss to Newcastle, but he was on the sidelines because of Pat Carrigan’s shocking tackle last week.

– I did love Cronulla wearing their ‘heritage’ jersey, which leans heavily towards their 1997 Super League runners-up season without saying it explicitly.

– It was the fifth-last round for the season, which means Channel Nine start broadcasting a game on Saturday nights. Not that you’d know, because they put zero effort into promoting it…

Round 22 has some great match-ups. Can they live up to their potential, or will there be weak-gutted dogs who squib the challenge?

It all begins in Penrith on Thursday as the premiers match up against the staggering Melbourne. Friday has New Zealand at home against Canterbury, then Parramatta and South Sydney in a belter.

Saturday has the Roosters and Cowboys at the SCG, Wests Tigers and Cronulla in Tamworth, then Brisbane and Newcastle at Suncorp.

Sunday has the season deciding games as Canberra try to regroup against St George Illawarra in the capital, before the Titans try to spoil Manly’s season once and for all.

What did you learn from Round 21, Roarers?

It’s exhausting being a football fan in 2022