The Blueberry Treehouse Farm brings in thousands to West Falls 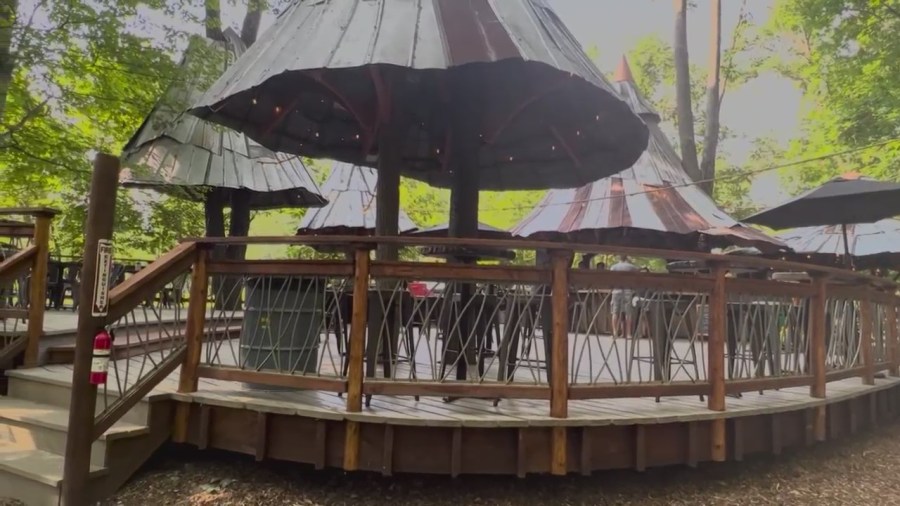 That’s what owner Ricardo Rivera is saying with regard to his family’s blueberry farm. This summer, their farm has added some new features for everyone’s families to enjoy.

The Rivera family purchased the land back in 2015 to store Ricardo’s Buffalo Tree House business’ materials. The 30-year-old blueberry bushes on the land were also available for use as a U-Pick blueberry farm, bringing in business on the side. One day, Ricardo Rivera had an idea to combine the businesses.

“The whole thing started as just a way to do something that we can be passionate about,” Ricardo Rivera, the founder and co-owner of the Blueberry Treehouse Farm, said. “There’s just a feeling that you get when you’re up here and I think a lot of people will attest to that when they come here.”

The Riveras, along with their team, built a 3,000 square-foot multi-teared deck, with heights reaching 30 feet off the ground. They wanted to give visitors a chance to feel the unique experience of what it’s like to be high up in the trees, to escape to a different world in their own backyard.

“It’s like the trees are giving off something more than oxygen,” said Jyl Rivera, co-owner of the farm. “It’s just a surge of magic. This is my office and I can’t be more grateful.”

Having opened two weeks ago, the farm has been a hotspot, attracting in more than 10,000 visitors so far. With live music and food vendors on Thursday nights, a wooden playground for the kids, and their café modeled to be a hosting house for different food vendors throughout the summer, the farm has something on the menu for everyone.

The Riveras say they are thankful for the community’s response to their opening, and that they are working hard to figure out the kinks of running the treehouse. In the future, they plan on opening Airbnbs and adding bridges and more peaks to the deck.

For more information on admission and hours for the Blueberry Treehouse Farm, head to the farm’s website at this link.