The cream is rising, but can it reach Penrith at the top?

A few teams are switching to finals mode, while NRL Round 22 saw stragglers finally have the curtain close on their finals hopes. Here’s your talking points.

Are we in for a final month of blowouts?

Two teams held to zero points, an average winning margin of 18 points, seven of eight games decided by double figures, half the round decided by at least 20 points (and the Roosters led North Queensland by 20 until the Cowboys scored at the death).

Let’s be honest – while there’s been a few fun games, the last few weeks haven’t been great for those who love a close contest and as more and more teams fall away, tire out, lose interest (looking at you, Manly), send players away for early surgery or put the cue in the rack to save energy for finals, it’s likely we’ll see losing teams get properly worked over in the last three weeks of the regular season.

Reminder: Nothing Penrith does for the next three weeks matters

Yes, they’ve had injuries and suspensions. Yes, they got held to zero by Melbourne at home and went down 16-0. Yes, Liam Martin hurt himself.

But Penrith have one hand and four fingers on the JJ Giltinan shield and they’ll be full strength in the final round and week one of the finals, so don’t fall for the ‘Panthers are vulnerable’ talk that’s going to be around. They’ve done enough this regular season and all they care about is being ready for that first ‘real’ game.

Writing off the Chooks is an annual thing for rugby league types and not much was expected of South Sydney after Adam Reynolds left for Brisbane, but performances this week showed there might be something in these two that’s capable of challenging the top four sides.

The Bunnies were clinical in moving past the Eels 26-0 and they’ll back themselves to do similar next up against an ever so slightly wobbly Cowboys team, who were thoroughly dismantled on the SCG by the Roosters.

Barring a calamity, the Roosters will play finals. They’ve won five on the trot against opponents increasing in class and were undoubtedly impressive against the second-placed North Queensland. 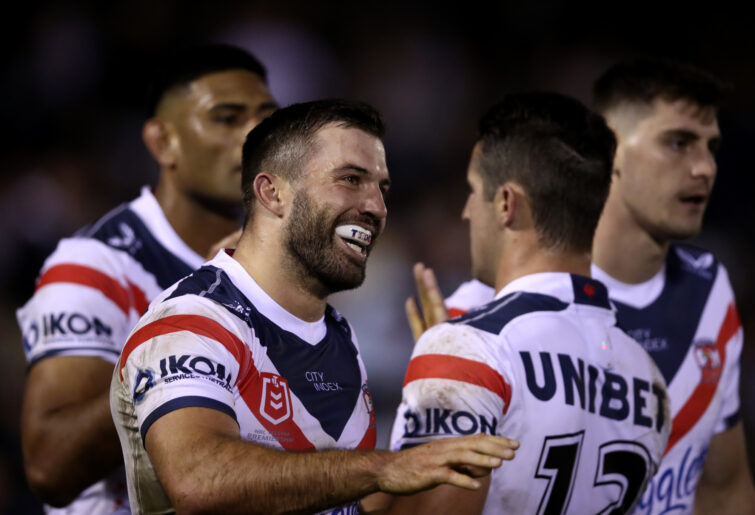 The question is how much damage they can cause once they get into the finals, and while there hasn’t been consistency at all from either club in 2022, they’re two clubs who are great at pacing their seasons to lift when it matters.

The Sea Eagles and Dragons bow out of finals discussions for 2022 on the back of losses to the Gold Coast and Canberra but let’s be honest with ourselves, they were cooked weeks ago.

Including the ‘pride jersey’ debacle where seven players stood themselves down, Manly have lost three on the trot by 10, 16 and 20, and dropped well out of finals contention. Coach Des Hasler is facing questions about his future and Kieran Foran is going to the Gold Coast next year. Their performance this Sunday was one of a team who have accepted their fate.

As for St George Illawarra, they’ve hung around the mid-table region to the surprise of many and the excitement of few, playing a conservative brand of league that drives fans crazy and isn’t enough to seriously challenge the best of the best.

Hopefully both clubs can show a bit in these last three games to keep the fans engaged.

Did the Dragons get hosed, though?

In short, no. Unlike the scenes in Canberra and St George Illawarra’s first meeting in Round 16 where three clear infringements in the last 10 seconds weren’t penalised, this was a different beast as the clock wound down to 0.

Here’s why: time expired halfway through the tackle on Dragons winger Mathew Feagai by Canberra’s Corey Harawira-Naera, Feagai dropped the ball getting up to play it anyway and referee Adam Gee was in the process of whistling the game complete while Feagai was in the process of losing the ball.

Cool? I’m sure that will take care of any disputes about those last three seconds of the game.

The sun is slowly setting on Canberra

Their hugely unconvincing 24-22 win kept the Raiders with a puncher’s chance of making the eight, in the sense they’re Homer Simpson against Drederick Tatum and Moe Szyslak is firing up his fan and parachute.

Canberra’s three remaining games look soft as sorbent on paper but the Raiders have that happy knack of making what should be straightforward wins incredibly difficult, never mind they’ve got genuine bogey sides Newcastle and Manly to come before a final round against Wests Tigers at Leichhardt.

Even if they win their remaining three games, the Green Machine need the Roosters to lose twice or one of South Sydney, Brisbane or Parramatta to lose thrice. Let’s see how it plays out…

Feels like just weeks ago the Roosters beat the Dragons for the title and we’re into it again from Saturday when the Eels and Roosters meet.

It was announced over the weekend the Roosters-St George Illawarra Dragons grand final rematch will be the first game played at the new Allianz Stadium, part of a double-header with the Roosters-South Sydney Round 25 men’s fixture.

– My ‘the Roosters might make the top four’ hot take was frozen solid about an hour into the first game of the round, when it became apparent Melbourne were going to upset Penrith.

– Season 2022 may be a few weeks too long for Parramatta, who have tumbled on their faces and in another season, would be a real risk of missing the eight.

– Gold Coast’s David Fifita scored a belter of a try when their game against Manly was still hot. He’s good for at least one of these a season.

– Ciraldo’s new mob got a bit of a reality check in New Zealand, a great win for the Warriors who are feeding off the energy provided by their home fans. It’s great to watch NRL in front of big partisan home crowds, isn’t it?

Three rounds to go, and it’s all about the top eight and four position shuffle.

South Sydney’s brutal run to the finals continues when they host Penrith on Thursday. North Queensland welcome New Zealand in Friday’s early game, followed by Brisbane and Melbourne in a game that’s critical to Brisbane’s plans for a home final.

On Saturday Parramatta are in for a fight against Canterbury, Manly need to find something against the Sharks then the Roosters play Wests Tigers.

The round closes out with St George and the Gold Coast, then Canberra head to Newcastle to keep that finals flame a flickerin’.

What did you learn from Round 22, Roarers?

Who are you picking in your Socceroos Team of the Century?