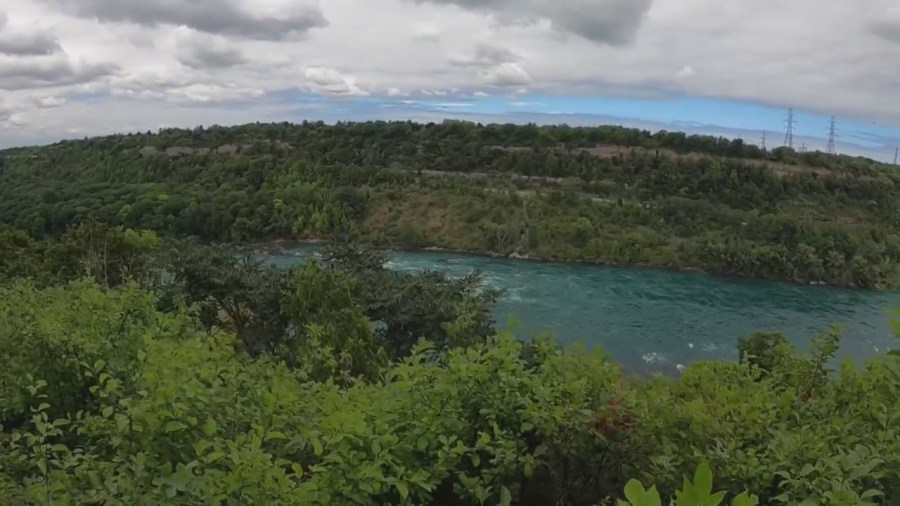 NIAGARA FALLS, N.Y. (WIVB) — Everyone knows about the beauty of Niagara Falls, but if you travel a little bit downstream, you can find hidden treasures off the beaten path, like Devil’s Hole State Park.

“If you just look at the natural beauty, that’s the number one reason to come down here,” said Travis Saturley, Park Manager of Devil’s Hole and Whirlpool State Park. “There’s a lot of history here, both geological, and at one point, Niagara Falls was right here and it carved away this gorge. You can come down here and really just imagine how things were.”

The trails at the park have deep roots in history. With the Falls carving away the gorge, there have been many civilizations and gruesome stories along the path of time, including lives being taken from the derailing of the Great Gorge Railway and the clash between the British and the Senecas during Pontiac’s Rebellion, where many British lives were lost.

“That’s why it’s called Devil’s Hole now,” Saturley said. “There were many Native American superstitions about the place before then — they did say there were demons living in the cave before then, but it didn’t officially get the name until after the events of 1763.”

The park’s manager grew up around the park and says he’s seen nothing but beautiful scenery, a great place to exercise and a spot to fish.

“It’s actually my favorite park anywhere in New York,” said Saturley. “It just became the place to hang out to get away from the city, and feel like you’re out in nature, even though you’re still close to home.”

Both locals and tourists agree, as the park draws in 40,000 hikers a month during the summer.

“A lot of people don’t realize that we sit on 20% of the world’s fresh water, sitting on the edge of Lake Erie,” said Michael Casella, who runs a tour down the Buffalo River. He visited the park on Monday. “Twenty minutes away from downtown Buffalo, you can be walking in somewhat of a wilderness area, so there’s a lot to offer in this area.”

The park reminds visitors who decide to hike there to stay clear of the water, as it is extremely dangerous to be in the water due to the currents, but Devil’s Hole encourages visitors to come soak in the views.

Toughest schedule, predicted finish for rest of NRL season after Round 21