The 2022 Commonwealth Games (CG) begins on 28 July in Birmingham, England as the second biggest of all multi-sports competitions behind the Olympic Games (OG) with an expected 70+ participant nations.

However, the 2022 CG comes at a time when its future as a successful multi-sport games is under much greater pressure given the difficulty of attracting host cities/nations to fund and organise the games.

Unveiling its new Strategic Roadmap, which would allow future hosts and sports to be flexible, innovative and creative in delivering future games in terms of the 15 sports selected and infrastructure planning, only athletics and swimming were now compulsory sports given their historical place on the programme since 1930 and based on their universality, participation, broadcasting, spectator interest.

As noted by the Commonwealth Games Federation (CGF) president Dame Louise Martin at the time, there is a hope that “more countries” or “multiple countries” will be interested in hosting a CG at this time when “Clearly, the size, scale and costs of the Games are key concerns for any potential host”.

In terms of athletics, the CG still has considerable importance as a major event normally held in a non-OG or WC athletics year, although 2022 sees the CG following the WC because the covid pandemic postponed setting the 2020 OG and 2021 WC each back a year.

But certain nations will prove crucial for any future CG success, notably the UK countries, Australia, New Zealand and Canada which have hosted every CG since 1930, with the only exceptions being Jamaica 1966, Malaysia 1998 and India 2010.

While one can hope that other Commonwealth countries can step up in future years, I believe that the past regular hosts will remain much more likely to provide the necessary facilities, organisational skills and sporting interest to host future CG, especially for major sports like athletics.

Take India, an emerging superpower amongst Commonwealth countries in terms of the size of their economy.
The 2010 CG in Delhi India, estimated in 2012 to have cost $US4.6 billion (excluding the cost of a new airport terminal), was dogged by controversy including construction accidents, the exploitation of workers, poor facilities, health and security concerns, corruption, and public money being wasted given immense poverty in the country.

Even with a smaller scale CG, it remains to be seen whether India can alleviate such concerns.

It also remains to be seen whether India will develop a sporting culture that will draw adequate public interest in the games.

After a few days of very poor crowds at the 2010 games, organisers had to draft in thousands of schoolchildren and hand out free tickets to the poor to fill empty stadiums, perhaps also influenced by tickets for the events start from 50 rupees (70p), about half the daily wage of a labourer.

During October 2021, India indicated it would not send a hockey team to Birmingham because the CG was only 33 days apart from the Asian Games with the latter also act as a qualifier for the 2024 Paris Olympics, albeit it eventually did enter a team.

With shooting then also dropped from the 2022 programme, the Indian Olympic Association president threatened that the country would boycott the Games altogether before the CGF ultimately allowed shooting (and archery) to be hosted in Chandigarh, India as part of the 2022 CG, although the planned competition was later cancelled for a number of reasons including continued uncertainty created by the Covid pandemic.

As it stands, a CG will still take considerable organisation with any host country strongly committed to its ideals regardless of the new desire to downsize the games to make them more attractive to potential hosts.

In 2018, the Gold Coast games hosted 4,426 athletes from 71 Commonwealth Games Associations, with athletics having 952 athletes from 68 nations. 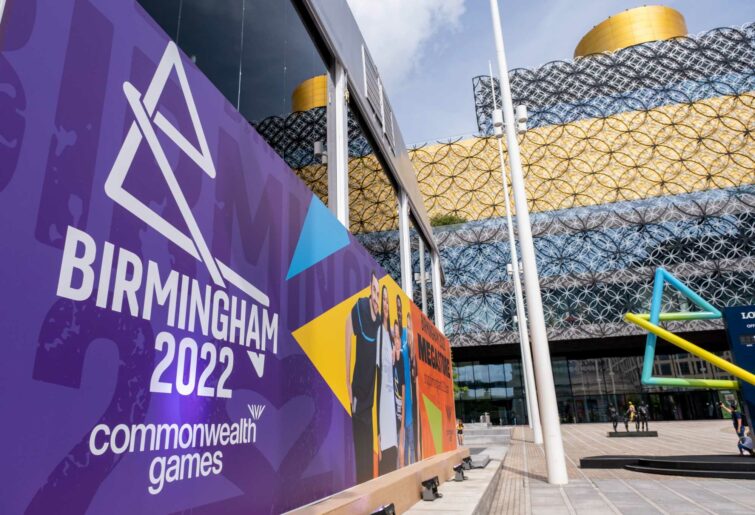 A generic image of the signage of the 2022 Commonwealth Games in Birmingham, England. (photo by Mike Kemp/In Pictures via Getty Images)

Australian interest in the CG is boosted by its longstanding success given it has placed first at 13 out of the 21 games (compared with England 7 and Canada 1), and has been in the top three for all games except the first games in 1930.

While Australian success on the track at the CGs has waned with only one able-bodied runner winning gold in 2018 (Michael Shelley marathon) and only two 2014 (again Shelley in the marathon and Sally Pearson, it has enjoyed continued success in the walks and field events with a further ten gold medals.

Despite swimming being most popular with a number of events attracting well over two million television viewers in 2018, over two million also watched the decathlon, the triple jump final, the 4x100m relay and the 10,000m.

Of course, any successful CG requires athletes to be motivated to want to compete, including money to aid training purposes at least.

However, both the CG and OG do not offer prizemoney whereas the Athletics World Championships does with the 2022 competition providing $US8.5 million with $US70,000 to $US5,000 awarded from first to eight for individual events and $80,000 to $4000 for relays, along with $US100,000 to gold medal winners who break an IAAF World Record in the process.

And, for Australian athletes, there is no financial incentive to win CG medals, as is the case with the with the OG given that the Australian Olympic Committee Medal Incentive Funding program provides $20,000 for gold, $15,000 for silver and $10,000 for bronze.

Nevertheless, there is some financial assistance for Australian athletes to prepare for the CG.

While a 2021 Australian Sports Foundation survey found that half of Australian athletes competing at a national or international level earn under $A23,000 per year after training costs and other expenses, the Australian Institute of Sports (AIS) offers those with winning potential grants of up to $A17,500 to do well at the Paralympics, Olympics and Commonwealth Games. 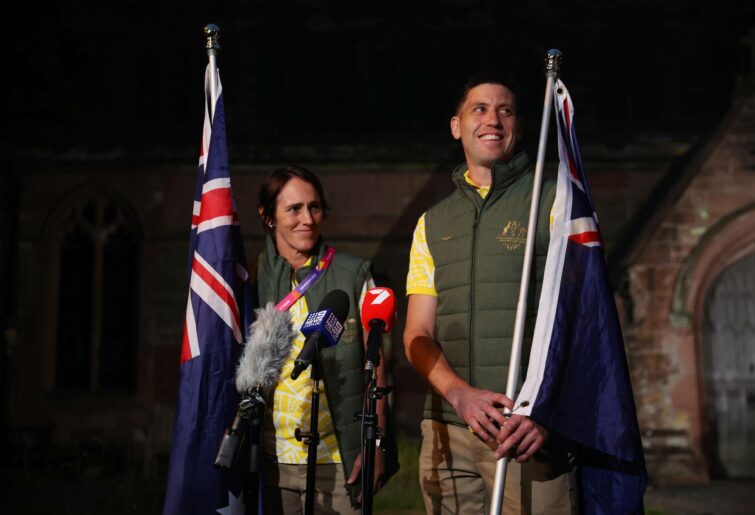 The means-tested grants of up to $A17,500 comes in six-month blocks, which means that eligible athletes can claim up to $A35,000 a year.

In addition to AIS grants, Commonwealth Games Australia also has its “Breakthrough2022” assistance program which provides athletes with up to $A8,000 for training and competition including international or domestic travel and medical support.

Other countries also offer significant financial incentives for athletes to do well at the CG.

It remains to be seen how successful future CG will be despite less financial resources to be spent, a reality that is likely to end the days of large crowds as was the case at the 2006 CG in Melbourne when five evening sessions had crowds above 75,000 with four others above 40,000.

It is hoped that a leaner 2026 games to be hosted by Victoria’s regional cities will enhance the reputation of the CG as the friendly games and help make future CG viable through its example.

As the 2022 WC in Eugene proved, great atmosphere can created by relatively small crowds, albeit Eugene’s reputation as TrackTown USA has developed from the American jogging craze born in the 1960s when the Oregon coach Bill Bowerman introduced it to the masses after a trip to New Zealand.

Only time will tell how successful future CGs will be, but I believe that the sport of athletics is key, as will be the desire of Australia, the UK nations, Canada and New Zealand to continue to play an important role as regular hosts.