Round 24 had it all – blowouts, close finishes, a team held to nil, and positions still up for grabs.

Thursday nights the Eels steamrolled the Broncos with a 53-6 thumping up at Suncorp. Parra made their way up to fifth spot while Brisbane’s fall from grace continued as they were forced out of the top eight.

The Panthers gave the Warriors a touch-up, with a 46-12 win at Penrith on Friday night. As well as their 34-point win, they were presented with The J.J. Giltinan Shield for taking out the minor premiership. Life must be tough.

The second game was a cracker between the Storm and the Roosters down in Melbourne. NAS and JWH played nice and clean as always, while the tricolours took home two very valuable points with an 18-14 win.

The Sharks kept their home semi-final hopes alive with a 16-0 win over the Bulldogs on Saturday afternoon. The Shark Park crowd were able to farewell Aiden Tolman who will retire at the end of the season, as well as club favourite Andrew Fifita who will move on from the Shire for season 2023. 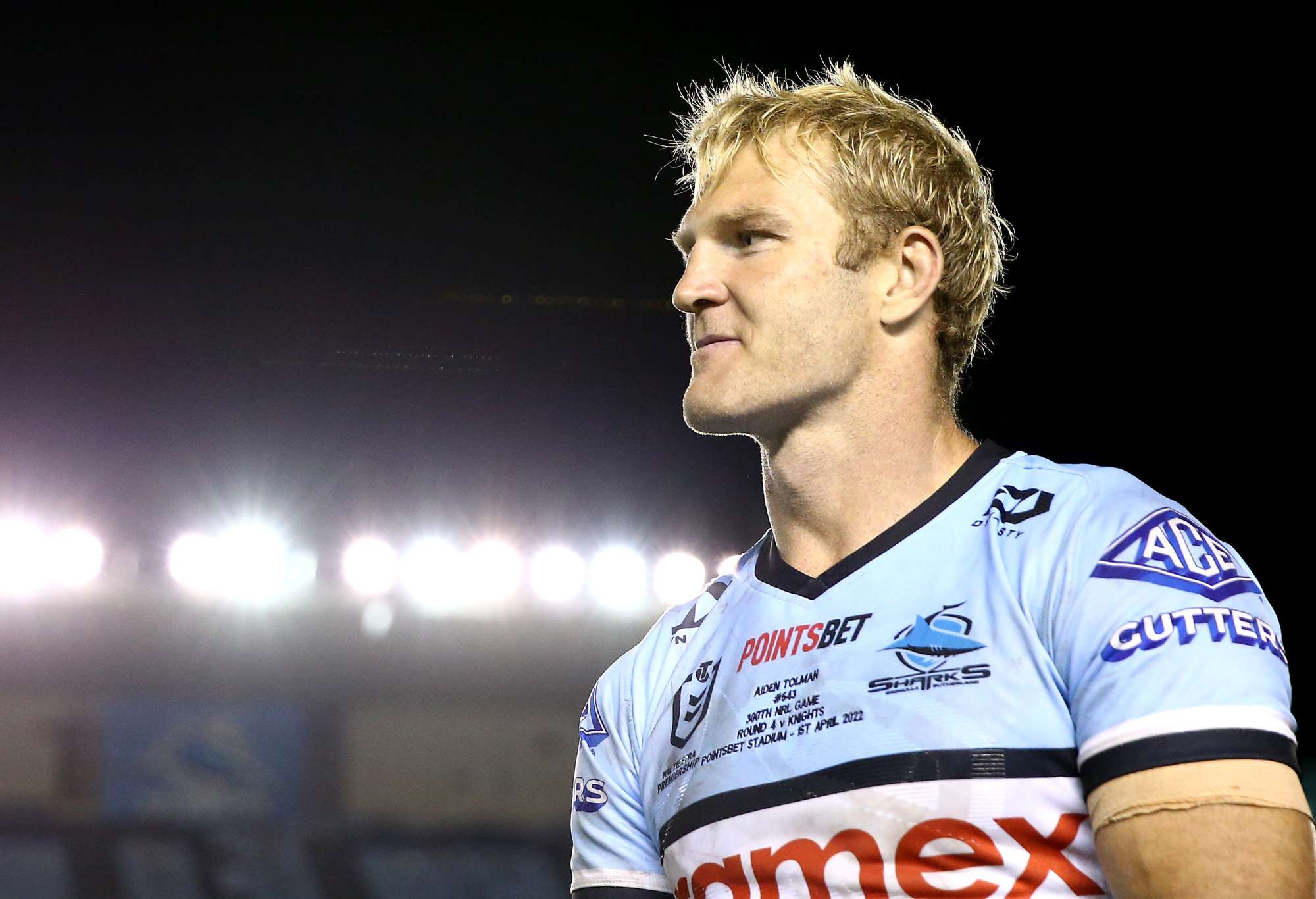 We then headed across town to Accor Stadium, where the Bunnies hosted the Cowboys. It was a bit of a feisty match, with the visitors down to 11 men by the end of the game, and Souths earning a crucial 20-10 victory.

The Tigers and the Dragons did battle in the first match on Sunday afternoon, and it looked like the Tigers may cause an upset. But the Red V fought back, and a penalty goal right before the siren gave them a 24-22 win.

And what a surprise, my boys couldn’t beat a Titans side that were down to 12 men for 30 minutes, with the Knights losing 36-26 in the last game of the round. Even if they were down to six players I think we would still have struggled.

Paul tipped the perfect round being the only one who took the Roosters, with AJ, Mary, Mike and you legends out in The Crowd tipping a brilliant 7/8. I tipped 5/8….no one is shocked by this.

But the fight is still on, as we keep counting tips all the way to the Grand Final.

We kick off the round with an absolute cracker at 7.50pm tonight between the Eels and the Storm at CommBank Stadium. Both sides are on 34 points and will be fighting over fourth spot to earn two bites of the cherry in the finals.

Our first Friday game has us at Accor Stadium to see the Bulldogs and the Sea Eagles battle it out at 6pm. Both teams are out of the finals race, but they will be looking to finish the season on a positive note and send their departing players out as winners.

Then we are out at the shiny brand-new Allianz Stadium at 7.55pm for the hotly anticipated Roosters and Rabbitohs match. The rivalry between these guys is just glorious, and with both sides on 30 points, their fight to finish higher than the other will just add to the intensity.

Our first Super Saturday match sees the Warriors host the Titans at Mt Smart Stadium at 3pm.  The Warriors will be wanting a win in front of their loyal fans, while the Titans who almost had the dreaded spoon in their hands are now hoping to finish in 12th spot.

At 5.30pm we head to Netstrata Jubilee Stadium, where the Dragons and the Broncos face off. Brisbane were comfortably in the top four not that long ago, and now find themselves in ninth and desperate to play finals in this must-win match.

Then it’s up to Townsville to watch the Cowboys and some random people who Ivan Cleary found walking around Penrith play at 7.35pm. With so many Panthers players being rested, this one won’t quite be the blockbuster we were all hoping for. 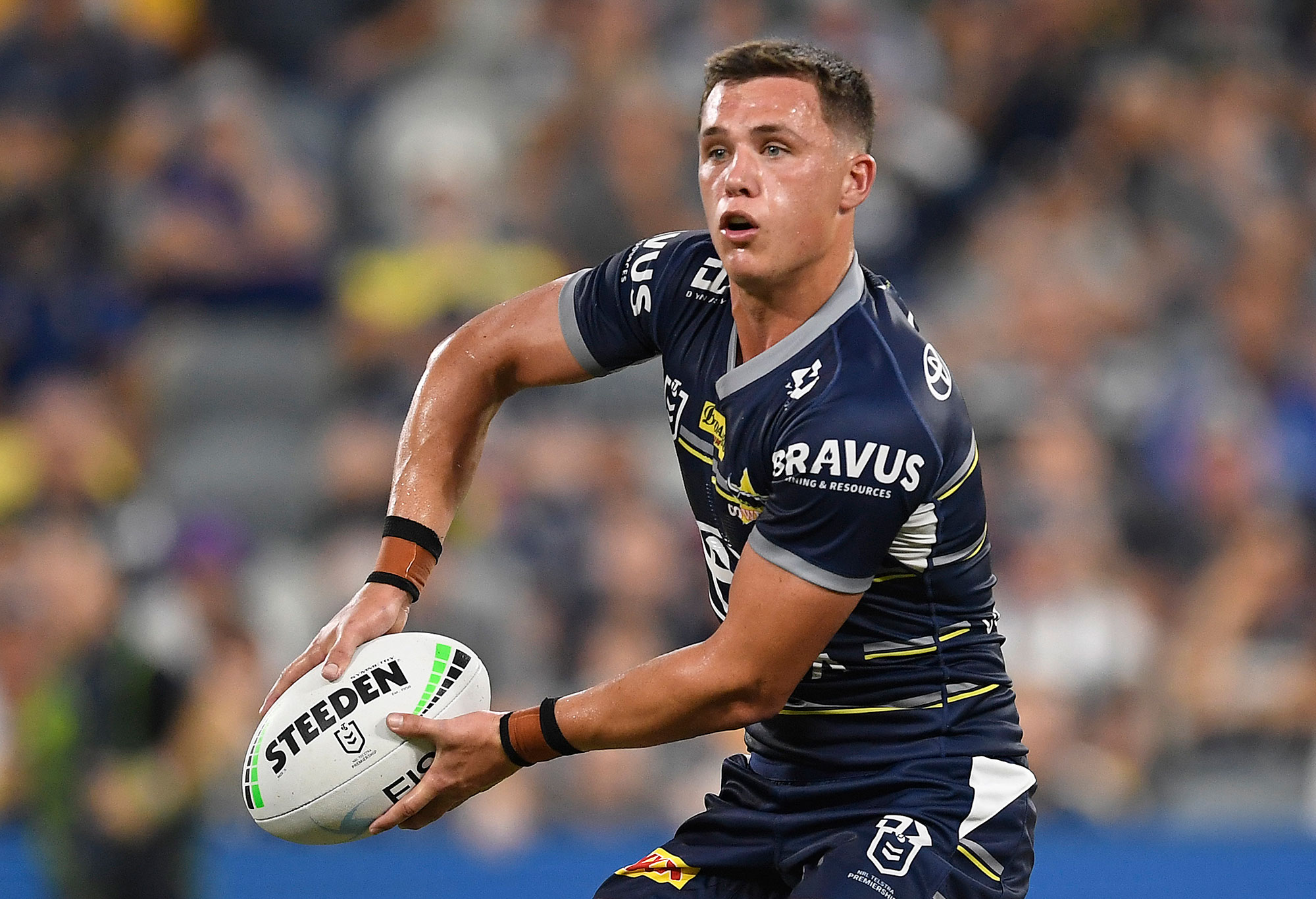 On Sunday we are back out to McDonald Jones Stadium to see my Knights host the Sharks at 2pm. Cronulla will be looking to secure second spot, while Newcastle will be trying not to embarrass themselves. Hooker Jayden Brailey will be hoping to get bragging rights over opposing number nine and younger brother Blayke.

Then for the last game of the regular season, we head to Leichardt Oval for the Tigers and the Raiders at 4.05pm. The Green Machine will be wanting to hold onto eighth spot, while the poor Tigers will be hoping for an upset after a horror season with a wooden spoon finish.

I’m going to let our new leader Paul lead us off this week.

If you would like to see how you go up against the Experts this round, just remember to get your tips in below by 5:00 pm tonight to be counted in The Crowd’s tips.

Melbourne will push the boundaries and the Eels into error to claim fourth spot.

Canterbury will continue Manly’s meek end to a season lacking in pride.

The Roosters should celebrate their Allianz Stadium return with a win over Souths to book a date at the same venue next week.

Warriors vs Titans is easily the hardest game to predict. The home factor gives the Auckland side the slightest edge.

It wouldn’t surprise to see St George Illawarra win at Kogarah, but the Broncos should have too much to play for.

Newcastle need a minor miracle to beat Cronulla and it shouldn’t happen.

The Tigers will arc up for their usual half a game before the Raiders steamroll them at Leichhardt.

At this point of this season as the end grows nearer, I start to tip with my heart and not my head. This match is critical for both teams, but perhaps more critical for the Parramatta Eels (given that a loss may see them face their archrivals South Sydney in week one of the finals). Parramatta have shown that they can beat the top teams in the competition, including Melbourne and will do it one more time in front of their home crowd on Thursday night.

The Bulldogs will finish their season on a high against a Manly team that has not only been decimated by injuries but has really struggled with team cohesion in recent weeks. Given the debacle around the Pride jersey, I am unsurprised that this season has capitulated.

The Roosters will get the win over the Bunnies to celebrate the opening of the new stadium. Both these teams are in red hot form leading into the finals and this will give us a really good indication of where both teams are at.

The Warriors will beat the Titans in front of their home crowd and the Broncos will keep their finals hopes alive with a win over the Dragons.

The Cowboys will beat an almost unrecognisable Panthers team to finish an incredible regular season and then the Sharks will beat the Knights.

The final game is one of the most interesting of all. With a finals spot on the line, my view is that Canberra will continue to aim up, beat the Tigers and take that eighth spot.

It’s the final round and my two daughters are still sick – sick with RAGE after NRL HQ handed Sutton the lead last Friday in a disgraceful corruption of rugby league itself. Handing the Roosters the win was just disgusting and I know you’ll all be with me when I circulate my ‘Give AJ the points back’ online petition for justice!

In the face of such adversity I’ll push on – that’s what heroes do. Here’s the tips to get back where I deserve to be.

Storm over Eels who haven’t faced a decent defence for a fortnight. Bulldogs cos LOL Manly.

Roosters over Bunnies cos they’re better.

Titans over Warriors cos they are just freestyling with nothing to lose.

Sharks over the pathetic Knights

And finally, your presumptive champions, the people’s team the Canberra Raiders will stroll onto that hovel that is Leichhardt Oval and knock up 56 first half points against a shocking Tigers. Not that it’ll matter, because the Raiders will already be guaranteed finals. 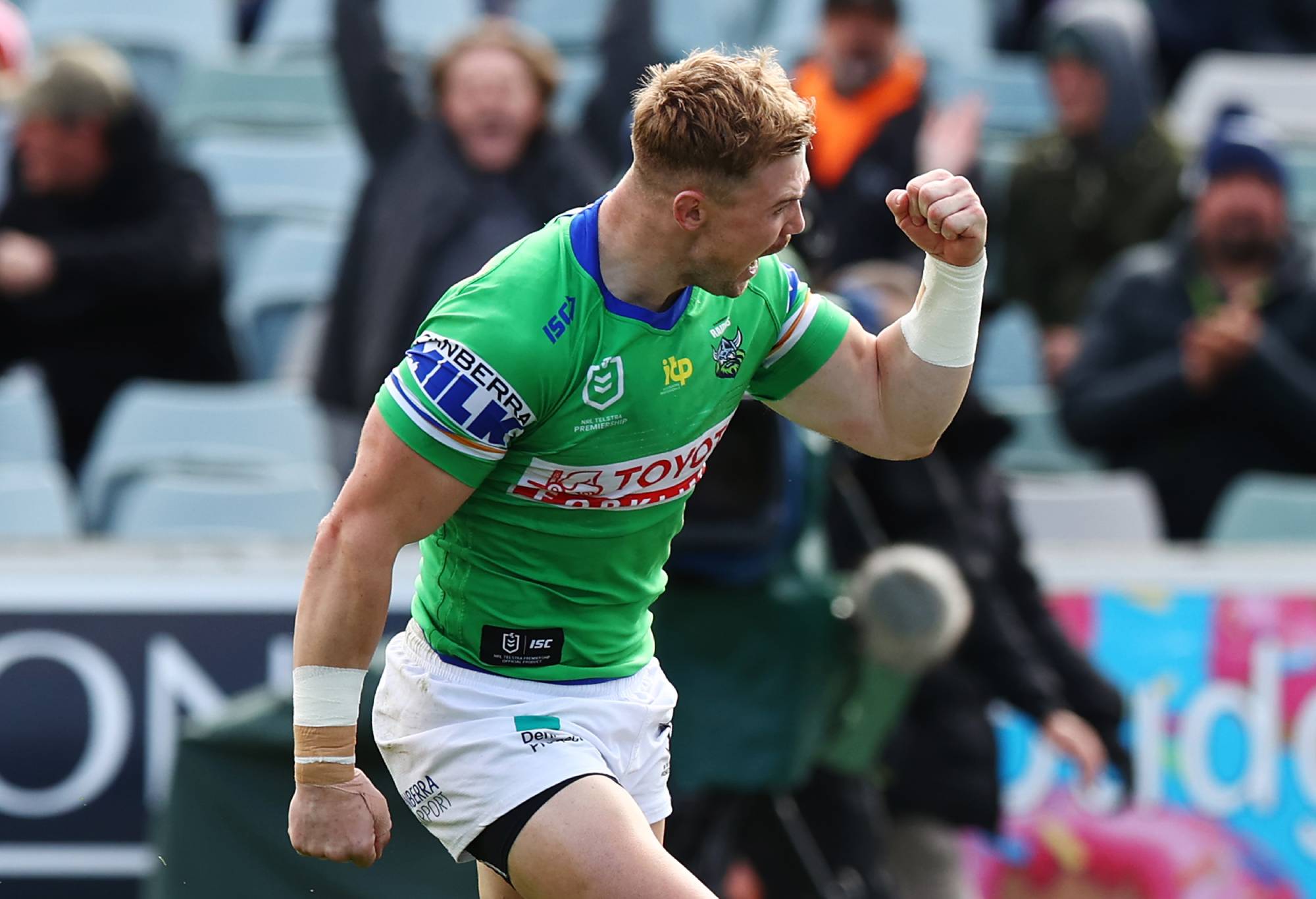 Parramatta need to win, so with zero confidence again, I’ll take the Eels

Both are missing players, but the Roosters are at home and their misses are less damaging. Chooks for me.
Dogs v Manly…eesh. I’m gonna go for the Dogs because my boys are untippable at the moment.

Warriors at home so I’ll take them over the Titans. If the Gold Coast aren’t on the Lion Reds all weekend, and subsequently in the papers for punching each other on whatever the main drag in Auckland is, I’ll be disappointed.

Cowboys will have too much for the Panthers NSW Cup team.

Knights in the upset because I need to claw the points back. No confidence.

Tigers with a last-minute James Tamou try for the funniest win of the year.

This will be a beauty, but Bellamy won’t want to give up a top four spot, so Storm to just get the win.

Bulldogs should win comfortably over a Sea Eagles side who just wants it all to be over.

Another cracker! And my back and forth. Hmmm…….Roosters.

Warriors to win at home and “Roger Shoey–Vasa Sheck” to celebrate with a perfect shoey.

Broncos have to win to hold on to any slither of hope they have to play next week, so I’m tipping them.

Cowboys to smash the Under 6 Panthers.

Tigers for the upset in front of the Leichardt faithful and breaking the hearts of the Green Machine.

And to reinforce why I am so bad at tipping competitions, as always I’m tipping my Knights.

James Graham’s tips  courtesy of the Bye Round Preview Podcast

This is what Parramatta would have been dreaming of, the opportunity to finish in the top four. And I think what this game does, it gives them the chance to right the wrongs of their season. I’m backing them to get the win.

Dogs to win as Manly are in a huge hole.

Roosters to win, form too good at the moment, bruised and battered but full of confidence

I’m gonna go with the warriors to get the victory.

I think the Dragons will legitimately get the victory.

I can totally understand why Ivan Cleary has decided to rest his players. I think the Cowboys are comfortable winners with this.

Sharks will win as they want that home semi final.

The Tigers were spirited in defeat against the Dragons last week, but surely, surely the Raiders will have enough.