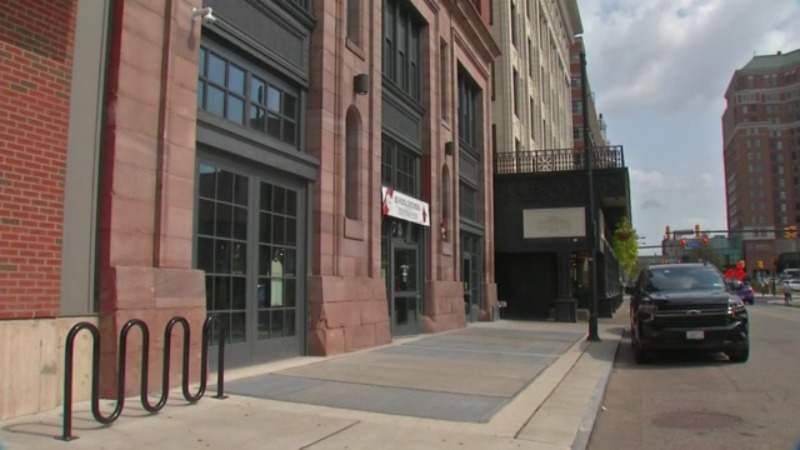 BUFFALO N.Y. (WIVB) — Leaders in the Buffalo Public School District say they’ve increased security at one of its high schools after a student brought a knife into the building and stabbed a classmate.

“What happened on Tuesday was extremely unfortunate and I think each of us felt devastated to hear about what happened at one of our schools, with all of the measures we’ve put in place,” Buffalo Public School superintendent Dr. Tonja Williams told News 4. “No parent or staff members want what happened Tuesday to happen, unfortunately, it did.”

According to Buffalo Police, a 17-year-old girl was stabbed by a 16-year-old student in a women’s restroom at Buffalo School of Culinary Arts just after noon on Tuesday. The suspect was arraigned on Wednesday and is facing assault and weapons charges.

The attack left parents wondering how a knife passed through the school’s security measures.

“What I can say, is the BPS security team did exactly what we trained them to do and expected them to do. The students came into school, the backpacks were checked and students were wanded,” Dr. Williams said. “I think even with that happening, there are always opportunities for something to slip through and on Tuesday this was one of those unfortunate opportunities,” Dr. Williams said. “As a result of that, we continue to refine and continue to modify safety measures and how that looks.”


BPS parents looking for answers regarding stabbing at Culinary Arts

Since the attack, David Hills, who’s the district’s chief operating officer, said, “Our staff is wanding hundreds of students a day so they are very proficient in the use of the hand-held metal detectors and we are bringing in more security officers on board on a weekly basis.”

The school district is also in the process of installing walkthrough weapons detection systems throughout its schools. These devices are more advanced than a walkthrough metal detector or wanding.

“Helps support again that nothing comes into the school that can harm any child or staff,” Dr. Williams said.

When asked if the accused student has a history of aggressive or troubling behavior, as was suggested by teachers union president Phil Rumore during an interview with News 4, Dr. Williams said, “It is a police matter at this point, and so I can’t really comment or get into any of the specifics surrounding this student and behavior infractions at this time.”

The victim continues to recover from her injuries at Oishei Children’s Hospital. According to the victim’s lawyer, she suffered injuries to her back and a punctured lung.

“I’ve been in touch with the family and continue to reach out and have staff reach out to check on the well-being of the student,” Dr. Williams said. The student who is allegedly the offender, we follow the code of conduct and so there have been disciplinary infractions there.”

“This was a targeted, isolated situation. The threat was immediately de-escalated and contained,” Dr. Williams said. “We want our parents to know how serious we do take safety. Their children are safe.”

It’s Harder Than Ever to Afford a New Car

Best Cars for College Students in 2021