Transportation and staffing among top priorities for Buffalo Schools 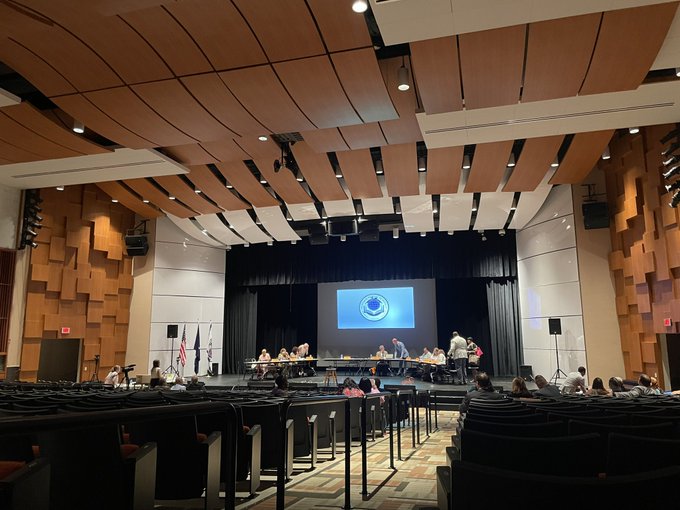 BUFFALO, N.Y. (WIVB) — The Buffalo Board of Education addressed concerns from residents on Wednesday in their final meeting before the new school year. Among the top priorities for the district are staffing and transportation.

Superintendent Dr. Tonja Williams and the Board met for executive session before the meeting at the Buffalo Academy for Visual and Performing Arts. They also heard from members of the finance and human resources departments about staffing shortages and from the school leadership team about new transportation options for families due to the bus driver shortage. They also took public comment from concerned residents.

The District says they have 250 teacher openings and they are working to get new hires certified by the first day of school, which is just 20 days away. If teachers cannot get their full certification by Sept. 6, they can start working as substitutes until they are approved by the state Department of Education.

“We’re actually going in every week and looking at qualified candidates who have put in an application with our district and we’re also getting them interviewed,” Tami Hollie McGee, chief of human resources for Buffalo Public Schools, said.

Along with the teacher shortage, there is a bus driver shortage. A source close to the school district says up to 3,000 students could be without transportation this school year. Buffalo Schools is looking at four solutions to this problem, including reimbursing parents to transport their children, creating staggered school start times, combining routes and giving families NFTA bus passes.

“What we do know is not one of these strategies is the solution, but we are hopeful that all of them together will have an impact, a positive impact, on our transportation challenges,” John Gonzalez, associate superintendent for school leadership, added.

Not all of those solutions will be available Sept. 6, though. The reimbursement program has potential to start in mid-November.


BPS considers paying parents to drive their kids to school

Some residents are concerned about the lack of bus aides to assist drivers while en route. One resident says there are more than 100 bus aide openings in the district.

“I have a little concern that there doesn’t seem to be urgency today for the bus aides because everybody is doing something else,” Ed Speidel, a Buffalo Public School parent, said during public comment.

The Superintendent says they are looking to fill all positions as quickly as possible.

“We have openings in various areas and we don’t want any gaps in any of the areas,” Dr. Williams replied.

Also, the Alternative Education Program does not have a school to host its students. The program handles students in need of extra supervision.

Dr. Williams replied to Speidel saying she is looking into this.

“It has been my intention that we take a look at our Alternative Education Programs so that we are providing the best service to our most needy students,” Dr. Williams said.

The first day of class is slated for Sept. 6, which is the Tuesday after Labor Day. Dr. Williams says there could be transportation delays at the beginning of the school year. She says there will be enough staff at the schools to make sure students are involved in programming and if needed, provided snacks while the delays are sorted out.