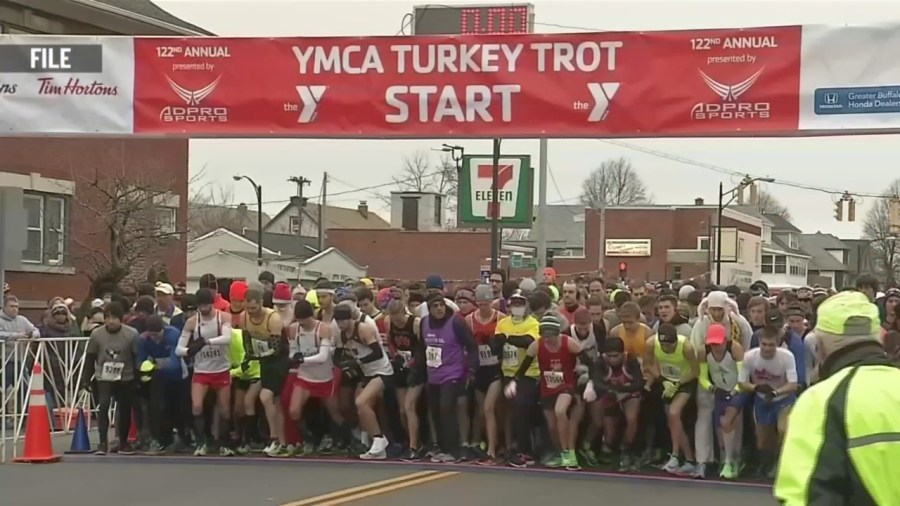 The 8K, which takes place on Thanksgiving, is a popular race in the Queen City. For reference, that’s just under five miles. Every year, roughly 14,000 people walk and run it.

In addition to there being a live run, people also have the option to participate virtually between November 24 and 27.

At a cost of $37, you can register here once registration opens, but the price increases to $42 after October 14.

The race will begin outside of the Delaware Family YMCA and go downtown to the Buffalo Niagara Convention Center. A post-race party will follow.

Anyone who wants to participate must be at least four years old.