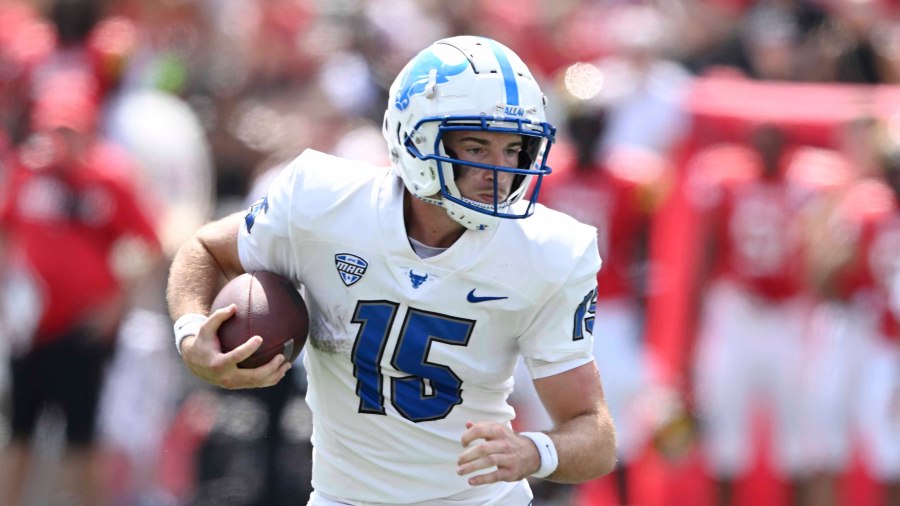 Following defeats at Maryland to start the season and against FCS foe Holy Cross in last weekend’s home opener, UB has lost seven games in a row dating to last season. It’s the program’s longest winless stretch in 11 years.

As was the case when these teams met last year at UB Stadium with Coastal Carolina ranked in the AP Top 25, the Bulls battled against a formidable mid-major opponent. UB led 19-17 after three quarters, and after the Chanticleers regained the lead in the fourth, the Bulls scored a touchdown to get within 31-26.

The Bulls forced four fumbles in the first two quarters and led 16-14 at halftime after Snyder threw a 15-yard touchdown pass to Marshall. The takeaways allowed UB to possess the ball for 20:29 of the first half, and Alex McNulty kicked field goals from 36, 42 and 47 yards. McNulty made it 19-14 with a 26-yard field goal in the third quarter.

Coastal Carolina took the lead for good on a fumble return touchdown early in the fourth quarter. Both teams turned the ball over four times. The Chanticleers gained 504 yards of offense while the Bulls produced 337.

UB last opened the season with three consecutive losses in 2005, part of a nine-game skid on the way to a 1-0 finish in the program’s last year under coach Jim Hofher. The Bulls are now 4-11 under second-year coach Maurice Linguist.

Jonah Bronstein is a digital sports reporter who joined the News 4 team in 2022.