The Knights failed to win a game in their inaugural season but are now undefeated through the first three rounds of the 2022 campaign, meaning they cannot be ousted from the top four with two rounds to play.

The Eels’ Tayla Preston threatened to snatch the game from the error-prone Knights when she set two tries up from kicks in the second half on Sunday afternoon.

But in the final two minutes, Newcastle hooker Olivia Higgins crashed over from dummy half for her second career try to level the scores at 16-16.

Kirra Dibb missed a crucial tackle that gave the visitors their first try but made no mistake with her conversion of the Higgins four-pointer, confirming a win for the home side. 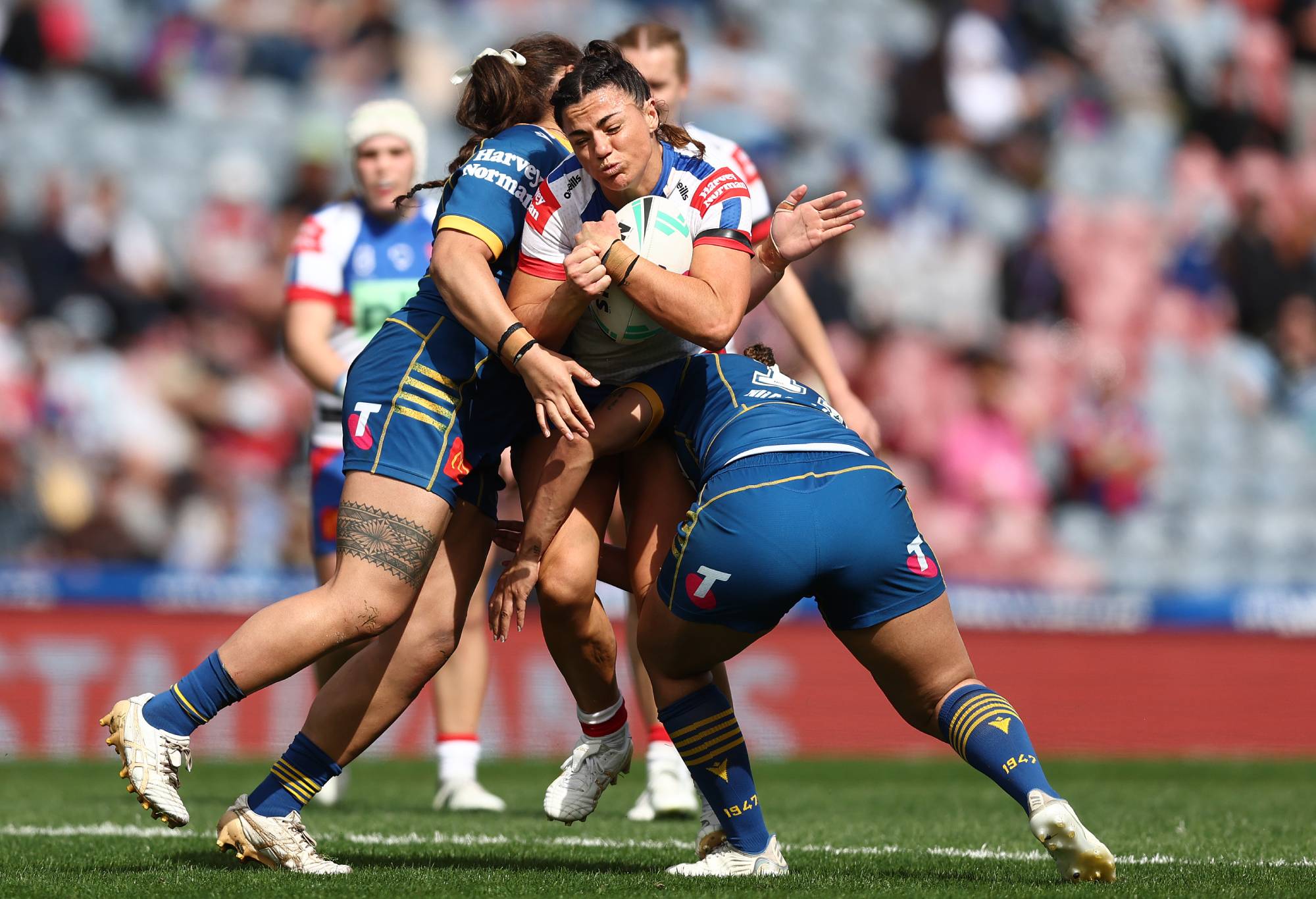 Parramatta are still hunting their first victory of the season and must now defeat last-placed Gold Coast next week to have any chance of qualifying for the finals.

The Eels were left to rue an 8-4 penalty count and their inability to penetrate the Knights’ goal line defence in the first half.

Despite enjoying a breeze at their backs and the best efforts of second row pairing Christian Pio and Vanessa Foliaki, Parramatta only had a 6-4 lead to show for their efforts at halftime.

Knights prop Tayla Predeborn reached over just after the break to give Newcastle the lead for the first time but Preston took it upon herself to wrestle the momentum back for the Eels.

She first found Tess Staines with a cross-field bomb and then provided another kick for centre Rikeya Horne, whose second try well and truly breaks a dry spell that stretched back to 2018.

But the Eels could not hold on when the Knights rolled downfield and had their hearts broken in the shadows of fulltime.

Parramatta’s Najvada George was placed on report in the first half for an apparent hip-drop tackle on young half Jesse Southwell, who was able to play on despite ankle discomfort, while Knights recruit Yasmin Clydsdale was reported for a high tackle.