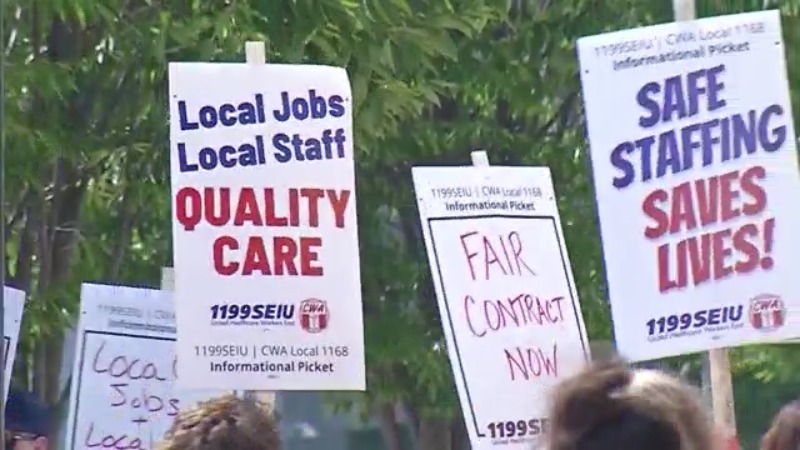 BUFFALO N.Y. (WIVB) — Thousands of employees with Kaleida Health will begin voting on whether to strike this week. Union leaders and Kaleida have been negotiating a new contract since March, but they still remain far apart on key issues, according to both CWA, 1199SEIU and Kaleida.

If the workers vote ‘yes,’ it gives the unions the bargaining power to call a strike and give Kaleida a 10-day notice.

“It’s obviously coming to a boiling point here,” he added. “I think the health system and health systems in general are in a really difficult situation, especially non-profits like Kaleida or the Catholic Health System.”

Zielinski believes both sides will reach an agreement before a strike happens, but admits he thought the same thing about CWA and Catholic Health last year.

“I did not think that the Mercy strike would happen last year and I was wrong,” he said. “So with that context, I think they’ll settle this strike or this labor negotiation before it gets to a strike action.”

Unlike last year with the strike at Mercy Hospital, this strike won’t just affect one hospital. Union workers throughout all of Kaleida’s facilities can walk out on strike.

Kaleida Health released the following statement regarding the vote: